During the 2018-2019 school year, The Beacon has written and published over 300 articles in our news, living and sports sections. It was an eventful year for the University of Portland, from a student-led protest at the beginning of the year to major changes within the athletic department in response to The Wallys controversy last spring.

The Beacon has been fortunate enough to cover some significant moments, events and people who have helped open dialogues and create change on The Bluff. After chatting with members of the Beacon team, we picked a few stories that we think are the most influential on our campus. Here are a few highlights from the 2018-19 school year here on The Bluff.

In one of this year’s biggest events, hundreds of students joined together in silent protest against Fr. Paul Scalia, the keynote speaker at September’s Red Mass, who has been involved with a group criticized for being anti-LGBTQ. Organized by the ASUP executive board, the protest included students surrounding the Chapel of Christ the Teacher and The Commons holding pride flags and homemade signs.

Typhoon Yutu, which devastated the Northern Mariana Islands in October, hit close to home for several UP students. At least two students had their homes destroyed by the storm, and they shared the impact it had on their families and communities in the aftermath.

“‘Can I Kiss You?’ event highlights importance of consent” by Sam Cushing

In a talk hosted by athletics, ASUP, student activities and the Title IX office, Founder of The DATE SAFE Project Mike Domitrz used stories, roleplays and prize giveaways to demonstrate the importance of consent. The event was an important part of the Title IX office’s efforts to be more transparent and more active in educating students about consent and bystander intervention.

Four UP students shared their experiences with eating disorders in honor of National Eating Disorders Awareness Week, which aims to educate the population and open the lines of dialogue about eating disorders. Eating disorders, which can take the form of anorexia, bulimia, binge eating and more, are not often openly discussed, but approximately 30 million people in the U.S. suffer from them.

One of The Beacon’s first breaking news stories of the year announced the naming of former UP President Br. Raphael Wilson in an August Pennsylvania grand jury report investigating sexual abuse scandals in the Catholic Church. Wilson, president of the university from 1978 to 1981, admitted to abusing one young boy and underwent evaluation and treatment prior to reaching a $250,000 settlement with the victim. The Pennsylvania grand jury report was one of many investigations into sexual abuse in the Church this year, and it is unclear if Wilson is still alive or where he lives currently.

After Diversity and Inclusion Program Coordinator Yuri Hernández Osorio and Assistant Director of Admissions Cassy Esparza attended professional development conferences centered on race and ethnicity last year, UP added a Land Acknowledgement to the UP website. The statement recognizes that the university stands on land that was originally occupied by Native American tribes, and thanks the “original caretakers of the land.” In addition to the statement on the website, many UP events begin with a reading of the acknowledgement, including every session during Diversity Dialogues and the State of the Campus Address.

Last summer, twelve UP students and two chaperones visited the American South for an immersion experience sponsored by the Moreau Center. Some of these students shared about their experience, key takeaways and the importance of immersion-based learning experiences like this one. UP offers several immersion trips throughout the school year and summer.

Earlier in 2018, UP was selected to partner with the Opus Prize Foundation, which gave students and faculty the chance to travel around the world to meet with prize finalists everywhere from India to Peru. In November, UP hosted the Opus Prize Awards Ceremony, where Dr. Rami Nashashibi received the prestigious award and one million dollars to continue his work with the Inner-City Muslim Action Network (IMAN) in Chicago, Illinois.

Following a forum event in September about institutional courage, two UP psychology professors, Sarina Saturn and Louisa Egan Brad, hosted a discussion about sexual violence in the community and how the university handles these cases. During the event, Saturn and Brad shared narratives that were collected as part of a survey sent out to students, staff, faculty and alumni, which received 318 responses. The forum played a big role in a series of events and efforts headed by Title IX to improve the effectiveness and transparency of processes on campus.

Though published not too long ago, this story about diversity and inclusion efforts on campus deserves to be addressed. Student leaders and faculty members comment on the improvements made toward diversity on campus this year, but they also highlight that there are still issues to be addressed. Some common themes of issues include funding, hiring of diverse faculty and the overall campus culture surrounding diversity and inclusion.

From the living section…

A Latina woman herself, Clyde spoke to 13 Latino and Latina students at UP, who shared what their heritage means to them. She highlighted that Latin American culture is both unique and diverse, and that these students don’t have a homogeneous look, but are similar in their pride.

Six UP students sat down in front of a camera and talked about their experiences coming out to their families, friends and communities for the first time. In a six-minute video, Sievert captured these students’ personalities, emotions and unique stories, as every person has a different experience in how, when and why they publicly shared their true sexual identities.

Senior communication major Mira Gill and senior nursing major Marion Lilly held leadership positions in UP’s Air Force and Army ROTC programs during the fall semester. At a time when women in the military are on the rise, Lowney highlighted these women’s accomplishments while in ROTC, passion for their programs and where they will head to next when they graduate.

In addition to her work sharing voices of Latinx students on campus, Clyde also shined a spotlight on the Filipino American Students Association (FASA) and their annual cultural night, which takes place in March alongside a variety of other cultural nights. FASA is one of UP’s biggest cultural clubs, and their Pilipino Cultural Night brings hundreds of people to campus to celebrate Filipino culture. While highlighting the importance of PCN, FASA also commented on the lack of funding for cultural clubs this year, a common topic of conversation on campus recently.

“More than my stature: Navigating life with dwarfism” by Delaney Vetter

Freshman Caity Briare and senior Miranda Reyes opened up about living with dwarfism, which is when a person has a shorter stature due to a genetic or medical condition. Both Briare and Reyes shared that they sometimes struggle with accessibility on campus, but they do not let their height define them.

In the first follow-up article about last spring’s Wally Awards, which was picked up by national and international news outlets, Garcia outlined the changes that Athletic Director Scott Leykam was making to rebuild and refocus the athletics department at UP. Concrete steps included a revamp of the spring awards ceremony, an athlete day of service and more education surrounding Title IX and inclusion.

“Starting Over: ‘We Are Portland’ Awards signals reboot for UP athletics after Wally’s” by Kyle Garcia

On March 31, UP athletics hosted their annual awards ceremony with a few key changes in response to Wally Awards controversy just a year prior. Instead of one designated emcee and only a few awards, the event had several speakers and honored athletes from all 16 teams. Athletic Director Scott Leykam implemented these changes in an effort to be more inclusive and respectful to all programs and student athletes.

“Pilots take down UCLA 1-0, advance to second round” by Morgan Wahler

In addition to some positive strides on the athletics community front, a few of UP’s division-I teams had killer seasons. One of three WCC teams to make the NCAA tournament, the Pilot men’s soccer team faced UCLA in the first round at Merlo Field. In an intense and hard-fought match, the Pilots defeated UCLA with a lone goal by Benji Michel in the first half. While the team lost to Kentucky in the next round, the Pilots still had a stellar season, finishing third in the WCC.

For the first time in program history, Pilot volleyball earned a bid to participate in the National Invitational Volleyball Championship (NIVC) postseason tournament. After going undefeated in preseason and finishing conference play with a 6-12 record, the Pilots made it to the quarterfinals of the tournament, where they fell to UNLV 3-1 in early December.

At the UW Indoor Preview over winter break, track and field redshirt senior Logan Orndorf became the first Pilot to run a mile in under four minutes with a time of 3:59.94. Orndorf also set a new record by nearly two seconds, beating the previous record, held by Ryan Poland.

Natalie Nygren is the community engagement editor for The Beacon. She can be reached at nygren20@up.edu. 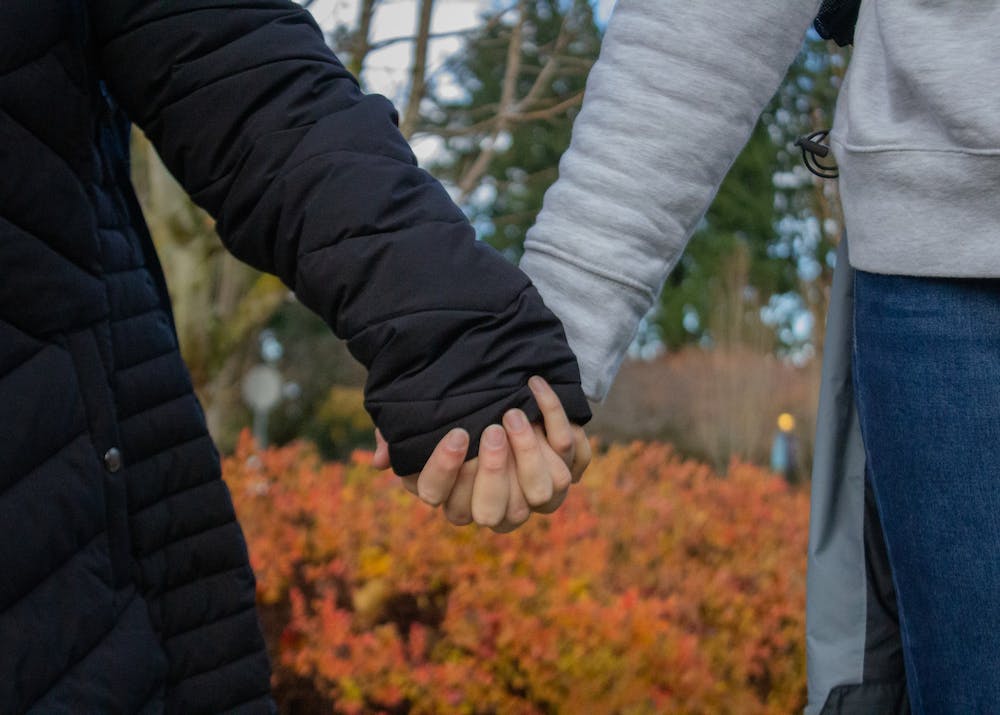 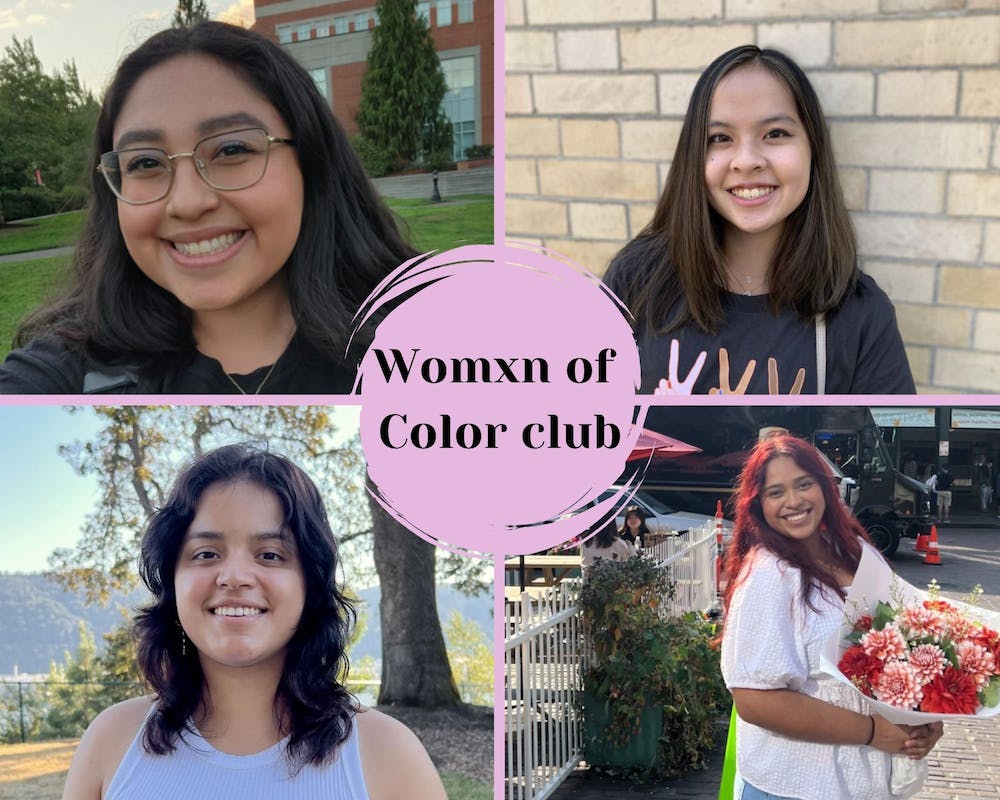 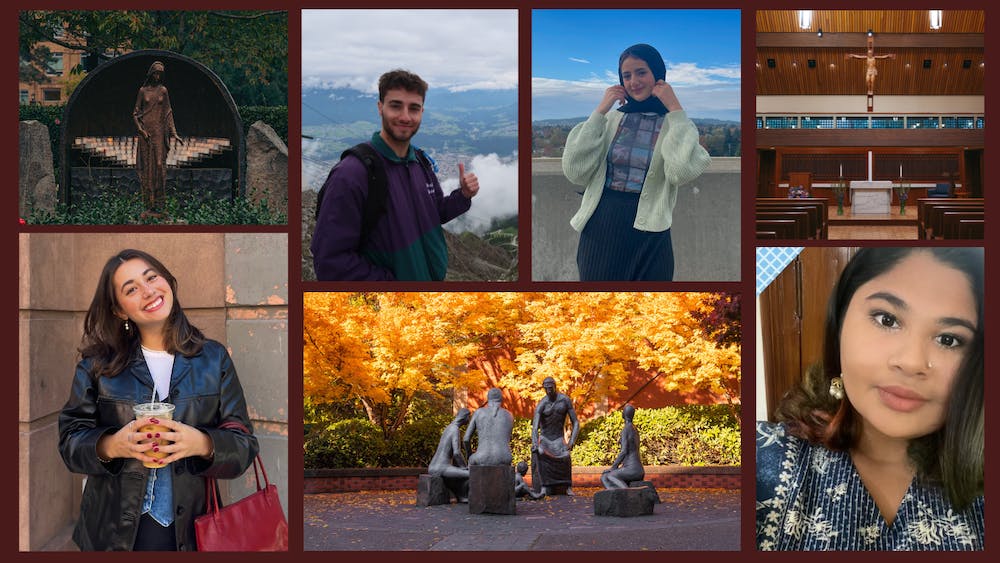