Pilots take down UCLA 1-0, advance to second round 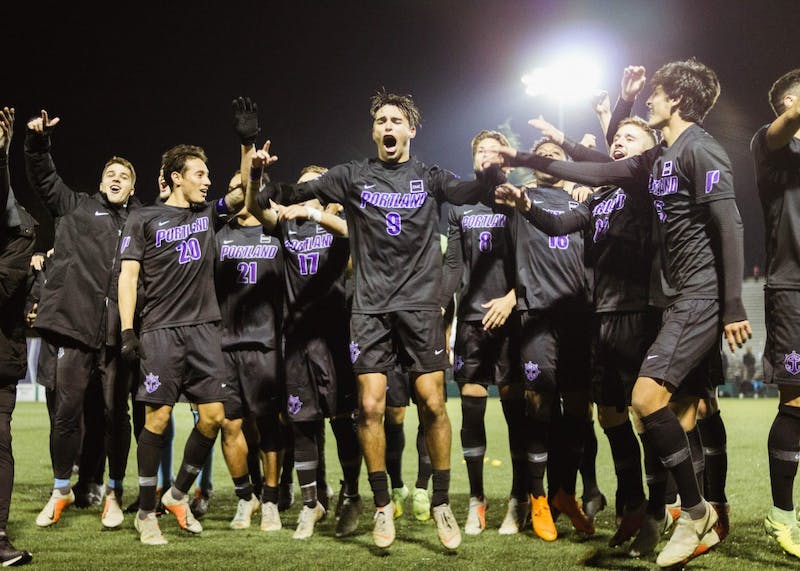 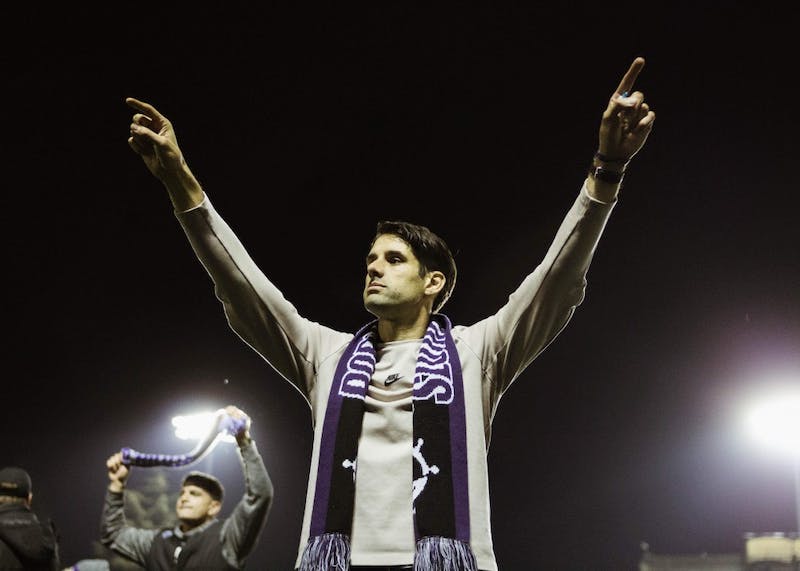 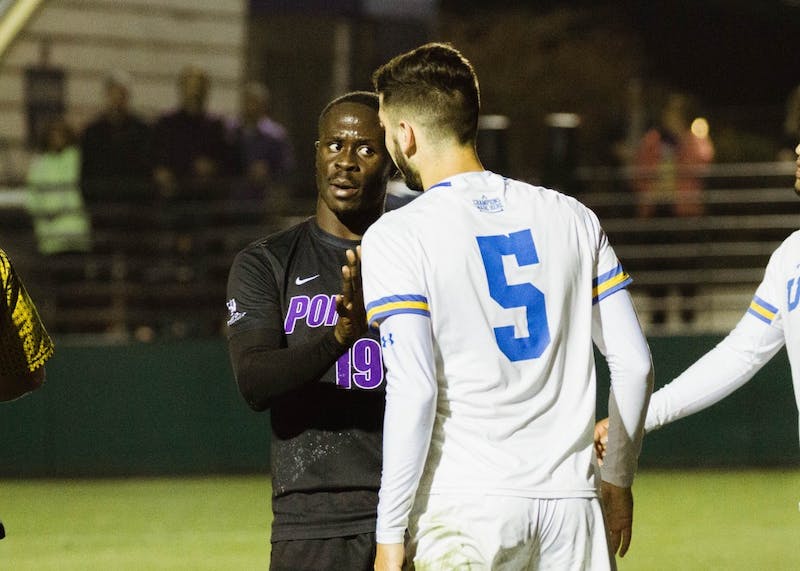 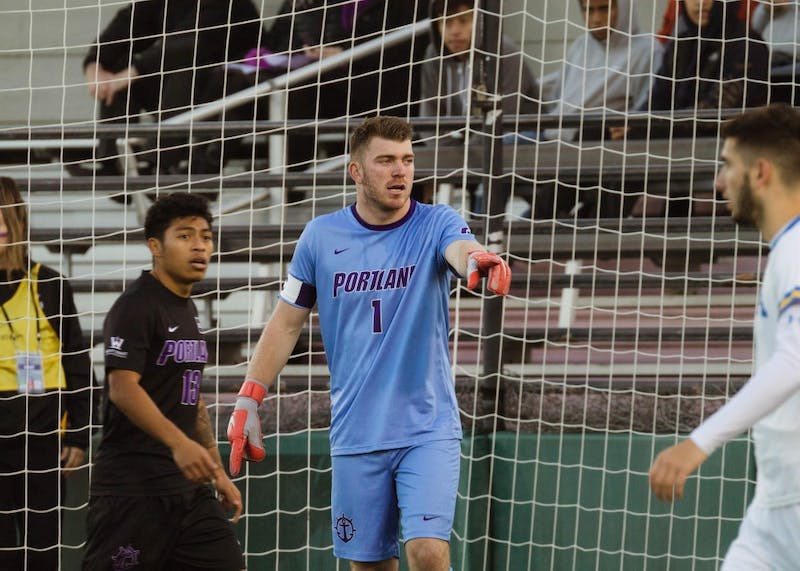 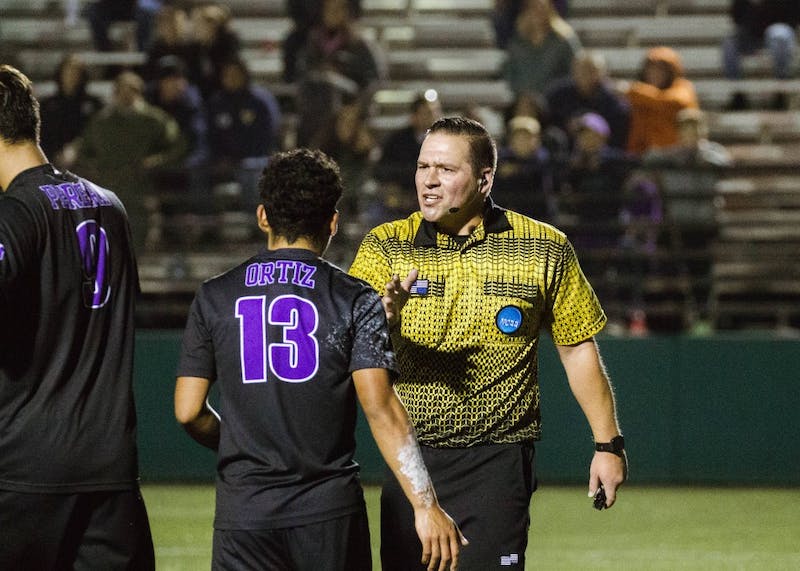 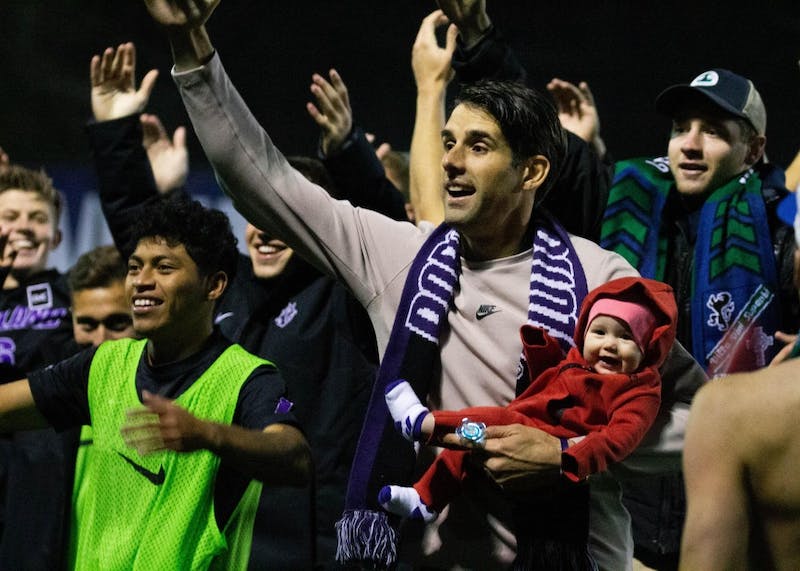 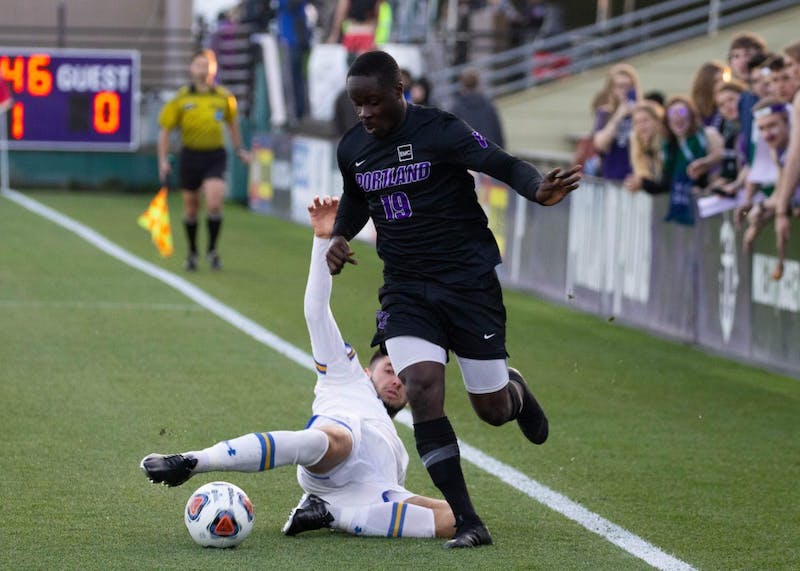 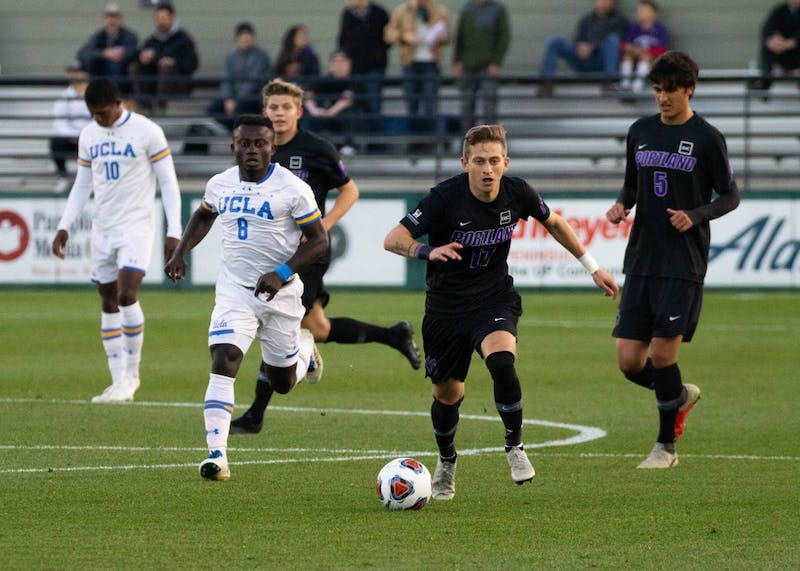 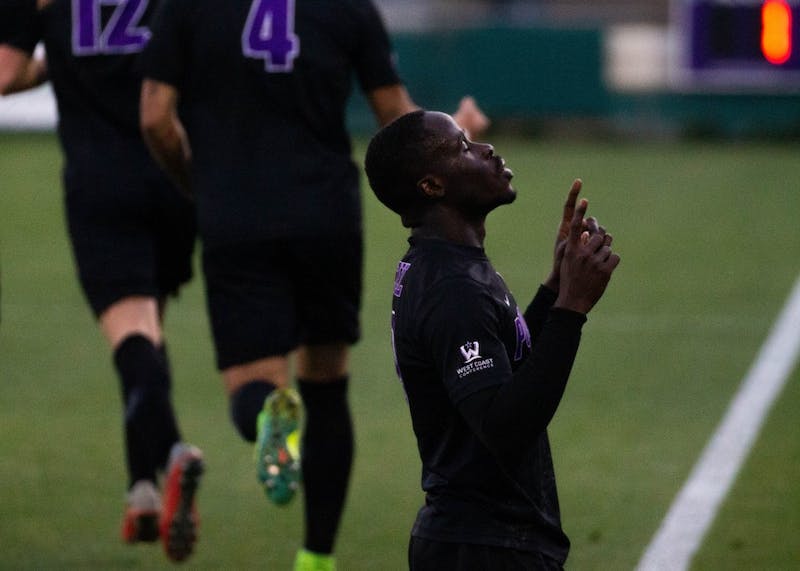 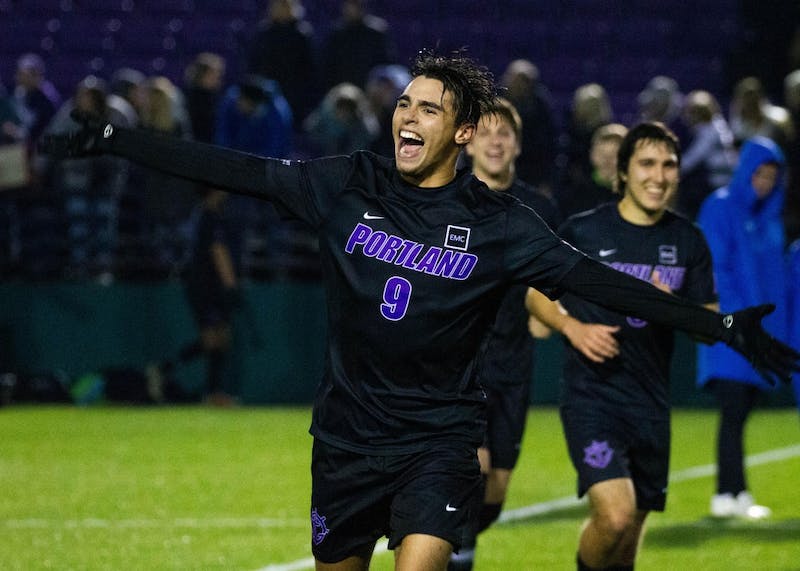 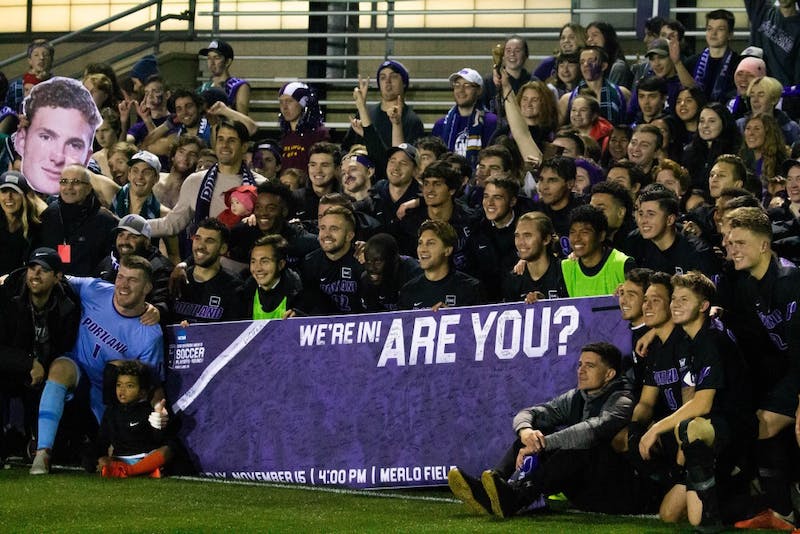 <p>The Portland Pilots defeated the UCLA Bruins 1-0 in a hard fought match on Thursday. The Pilots move on to play Kentucky on the road this Sunday Nov. 18.</p>

The Portland Pilots defeated the UCLA Bruins 1-0 in a hard fought match on Thursday. The Pilots move on to play Kentucky on the road this Sunday Nov. 18.

In the first round of the NCAA tournament, the Portland Pilots beat the UCLA Bruins 1-0. Junior striker Benji Michel made the lone goal of match in the 31st minute.

The Pilots came out strong and were quick to gain possession after the UCLA kickoff. The team got a shot off in the first two minutes, a cross by junior midfielder Rey Ortiz and a sharp header by freshman Jake Arteaga blocked by the Bruins’ goalkeeper.

Portland dug deep into the Bruins’ side of the field and maintained solid possession throughout the first half. When the team lost the ball, they were quick to win it back. The Pilot’s relentless offense kept high pressure on the opposing defense and goalkeeper; Portland finished the half with eight shots on goal.

“I thought we created enough chances to score five goals,” head coach Nick Carlin-Voigt said. “First minute of the game, a shot hits the post, we missed a couple breakaways, we had other chances that both got cleared off the line. So, I thought offensively we were very good.”

In the 31st minute, freshman Alejandro Pereira crossed the ball through the defenders to Michel, whose shot found the back of the net, making it the junior forward’s 11th goal of the season.

“(The goal) was a big relief off our shoulders,” Michel said. “I haven’t scored in five games, so getting that goal took a lot of stress off my shoulders so I can keep going and get back to scoring goals.”

Portland’s defense, led by senior goalkeeper Kienan Weekes, held their line and didn’t allow any goals from the Los Angeles team. In the 11th minute, Weekes saved a point-blank shot from UCLA offense.

“There was a long stretch of the game where UCLA had a lot of the momentum,” Weekes said. “We just hung with it. A lot of teams can crumble. We bent, but we didn't break, and I’m just so proud of the performance tonight.”

In the first 45 minutes of the second half, the Pilots started off similarly with majority possession. The Bruins came out more aggressive and with more urgency, and earned four yellow cards. The Pilots matched their ferocity and earned three yellow cards.

The Bruins were more offensive in this half, taking more shots and dominating the field, but the Pilot defense was always there to intercept those shots and clear the ball out.

Weekes had more saves in the second half, with an aggressive save in the 56th minute and a jumping save on a high shot in the next minute. The Bruins challenged the defense consistently in the second half with multiple shots on goal, including one that just went off the high crossbar.

The Pilots missed multiple goal opportunities on breakaways, but stuck together to shut out the Bruins.

“The expectations were to advance to the next round and beat UCLA and there wasn't one guy in our locker room who doubted that it could happen,” Carlin-Voigt said. “We prepared and planned and visualized success all week and all season.”

The Pilots move on to play No. 3 Kentucky in Lexington for the second round of the NCAA tournament on Sunday Nov. 18 at 1 p.m.