Both ultimate frisbee teams on their way to Nationals

The men’s team was competing at sectionals for only one spot out of the Northwest region to go to the national tournament. Out of the eight team field, including Pacific Lutheran University, Puget Sound University and Seattle University, Portland entered the tournament ranked third.

In the first day of sectionals, the men’s team posted a winning record by going 2-1. The Pilots beat both Willamette University and PLU before competing against top-ranked Whitman. Whitman, however, plays a division I schedule and was not eligible for a spot in the Division III championship tournament.

“Our depth is huge in our ability to win,” junior Tannar Sandaine said. “We have fourteen or fifteen guys we can roll out there and have confidence in.”

Depth will be vital for success at nationals, which will be held in sunny College Station, Texas. The home of Texas A&M University, Portland will be in unusual weather for the team with temperatures at a low of 70 degrees and a high around 88 degrees during that time of year.

“What we saw during the end of sectionals was teams had their three or four go to guys,” junior Travis Bigalow said. “They would get tired while we were able sub in guys.”

Portland’s women’s team saw their share of success at sectionals as well. The Pilots finished second out of the group of four teams. After going 2-1 in pool play, Portland barely missed taking home the championship, losing in the finals by one point to Puget Sound University.

Returning to the national tournament for a second time in three years, the women’s team is looking to make an impact.

The team has grown together around a community aspect that is needed in a successful team. With women’s division three still a developing sport, Portland has found a way to get a solid commitment out of all their team members.

“I think a lot of women’s club teams struggle with here is being able to get players to stay,” senior co-captain Celine Li said. “The community we have fostered in frisbee has been very inviting, that helps keep our players.”

This community aspect has made a difference in the women’s team. Being able to keep players has led to a depth of athletes that other teams cannot match.

The women’s team has earned respect on a national level. Even in the last few years, teams have taken notice as Portland competes every time out on the field. Even when the team falls short it is not by much. The largest margin of loss in the sectionals tournament was only two.

“Starting out my freshman year, nobody knew who our team was,” senior co-captain Maddy Otto said. “Now we watch the articles getting posted about our team go from Portland is kind of good to Portland is a threat.”

As both teams prepare for the weekend of May 18-19, the challenges that lay ahead in College Station will be serious. However, neither team will forget to cherish the moment. Both teams recognize the importance of not letting the moment get away from them. Keep up with the teams by watching the championship games, which will be live-streamed online. 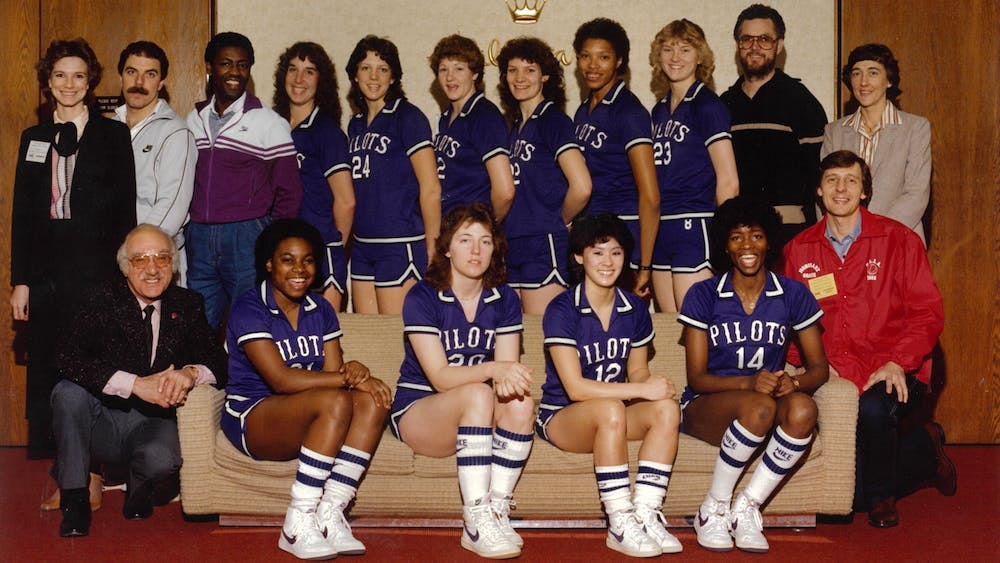 Submission: Moe O’Connor and title IX at the University of Portland