By Jamison White | April 8, 2019 10:23am
Freshmen Sema Pankin and Eleftherios Neos walk off the court after their doubles victory.
Media Credit: Jennifer Ng / The Beacon

The Portland Pilot men’s tennis team welcomed the Pepperdine University Waves to The Bluff for a mid-day match this past Saturday. A day after beating Loyola Marymount University, the Pilots could not win their second match of the weekend, losing 5-2.

The loss drops the Pilots to 7-11 overall on the season and 2-4 in conference play.

The three doubles matches started in Portland’s favor as all three pairs of Pilots had an early lead. However, things would even out to make from a dramatic match for the points.

Portland won the first of the three games as Portland’s freshmen duo Sema Pankin and Eleftherios Neos were able to win their match swiftly with a final score of 6-2. The pair of freshmen seemed to click on the court, rallying returns when they came their way. The duo took advantage of their time serving, winning 15 of the 17 first serve points.

“Hard work and practicing really hard was the key,” Pankin said. “Just listening to the coaches and doing what they want me to do, I think that is why I won my match.”

The doubles success ended after that first match for Portland. Court two saw the likes of Pilot’s pair of freshman Nick Oberg and sophomore Tom Hann. The two started strong, but ran out gas in the later sets, losing 3-6.

The point for doubles came down to the third court which featured the Pilot pairing of freshmen Leo Hibi and Issa Yoshida. The two had an uphill battle to try and salvage a point, facing a deficit of 3-5 when everyone in the Louisiana Pacific Tennis Center turned to watch. Hibi and Yoshida were able to rally for a set win, but could not fully overcome, losing 4-6.

Pankin lead it off for the Pilots in the singles matches with a hard fought victory to put Portland on the scoreboard. Pankin sewed up his singles match victory in two sets winning 6-4 and 6-3.

However, the rest of the singles matches did not go in Portland’s favor. The hardest fought battle in the singles round came between Pilot sophomore Tom Hann and Pepperdine freshman Corrado Summaria. The only match of the day that went three sets, Hann lost 7-5, 5-7 and 2-6.

The team played tough matches against Loyola Marymount University on April 5, the day before the match against Pepperdine. The fatigue started to show for the Pilots, especially in the later sets.

“We won a lot of close ones yesterday, they went the other way today,” Portland head coach Aaron Gross said. “It is a super fine margin, especially with a young team.”

The Pilots will be on the road for their next WCC match against the Saint Mary’s University Gaels on April 12 in Moraga, California. Portland has split their WCC matches on the road this season, beating University of San Francisco, but losing to Santa Clara. 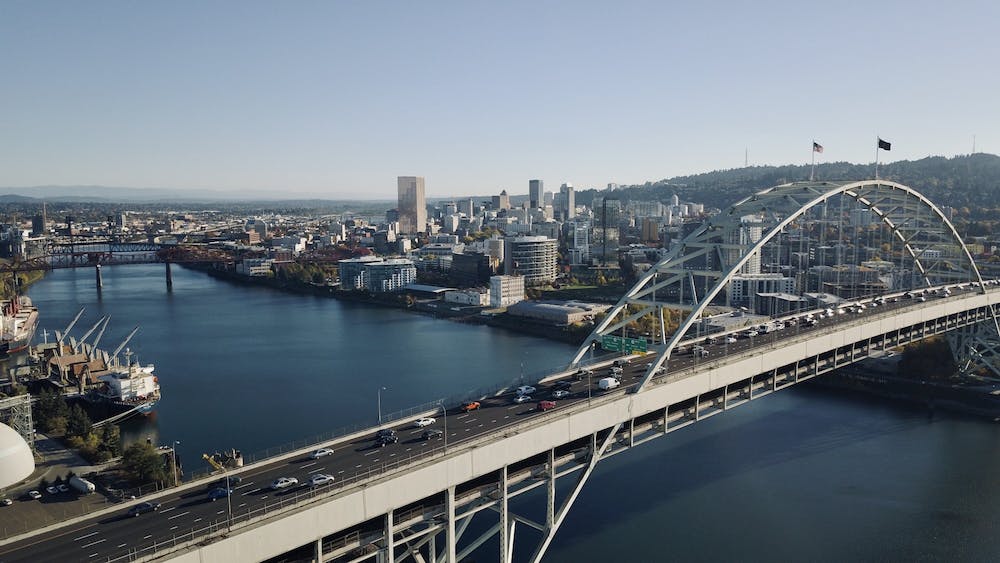