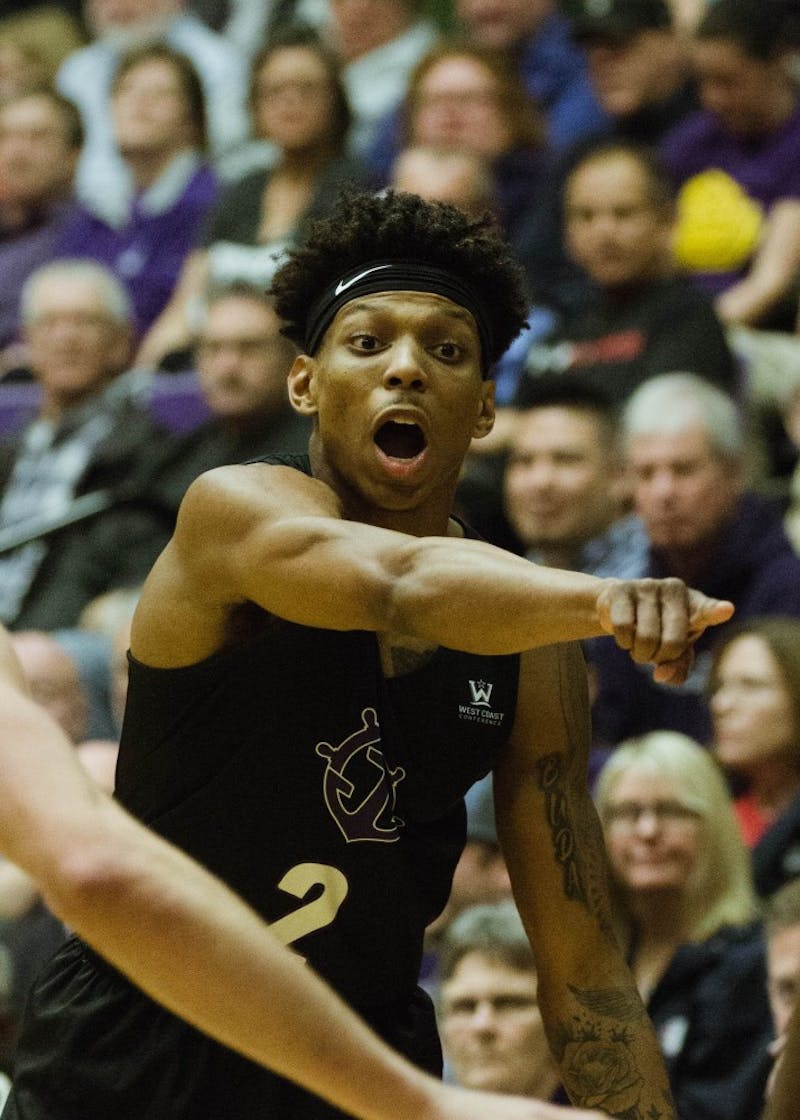 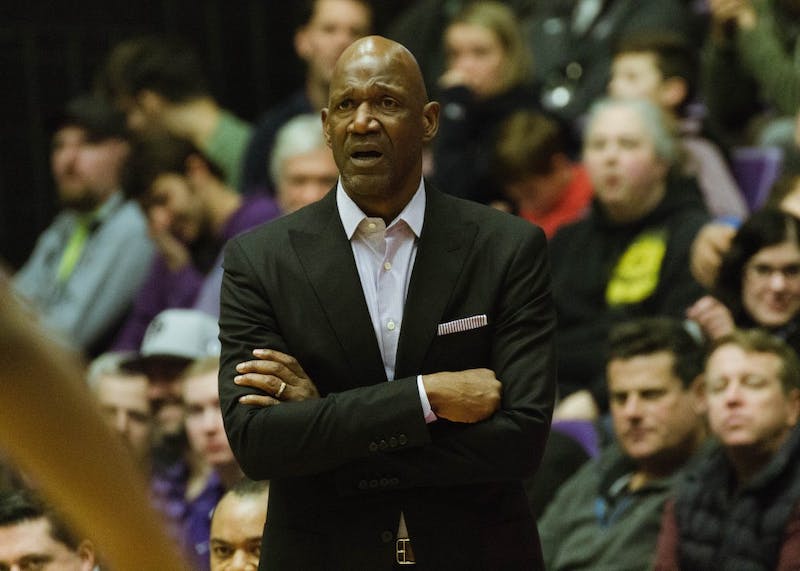 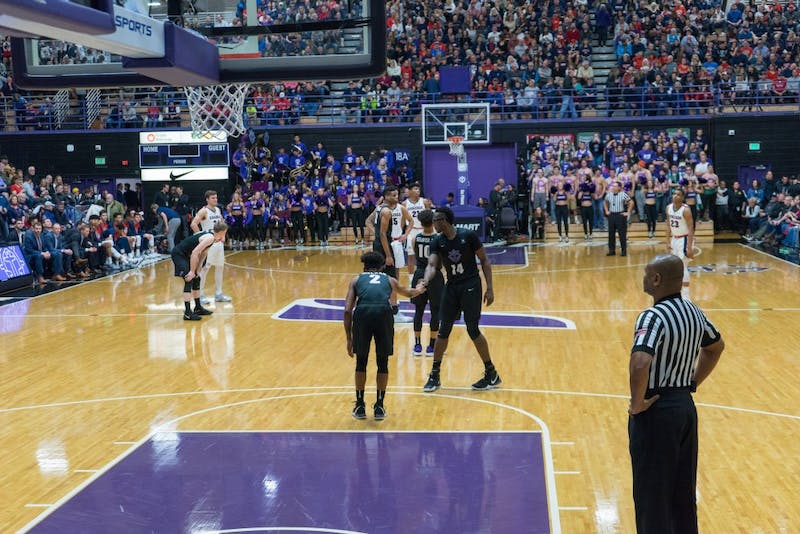 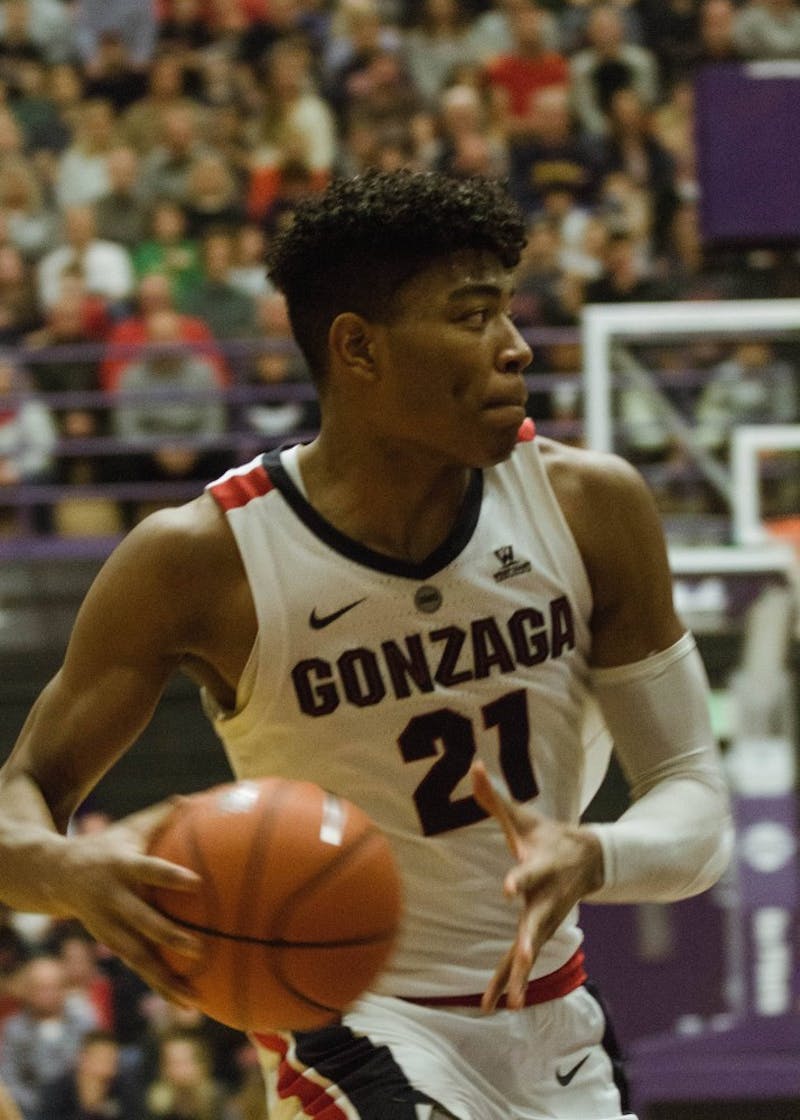 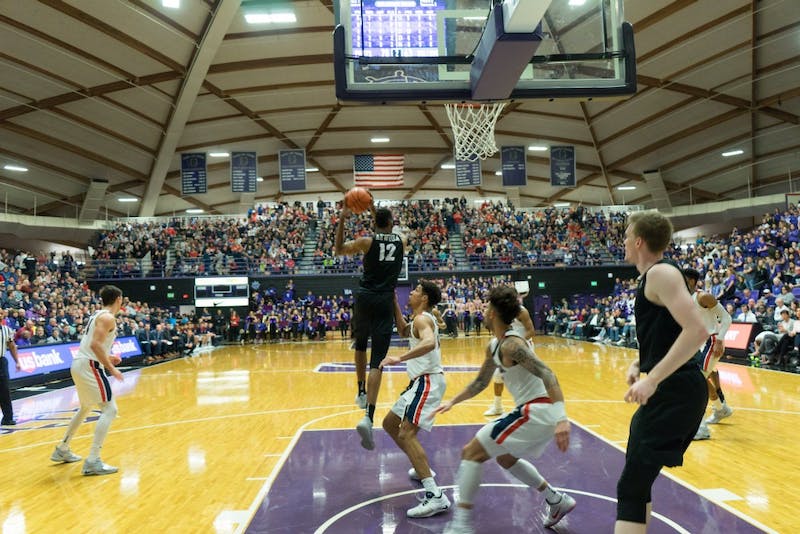 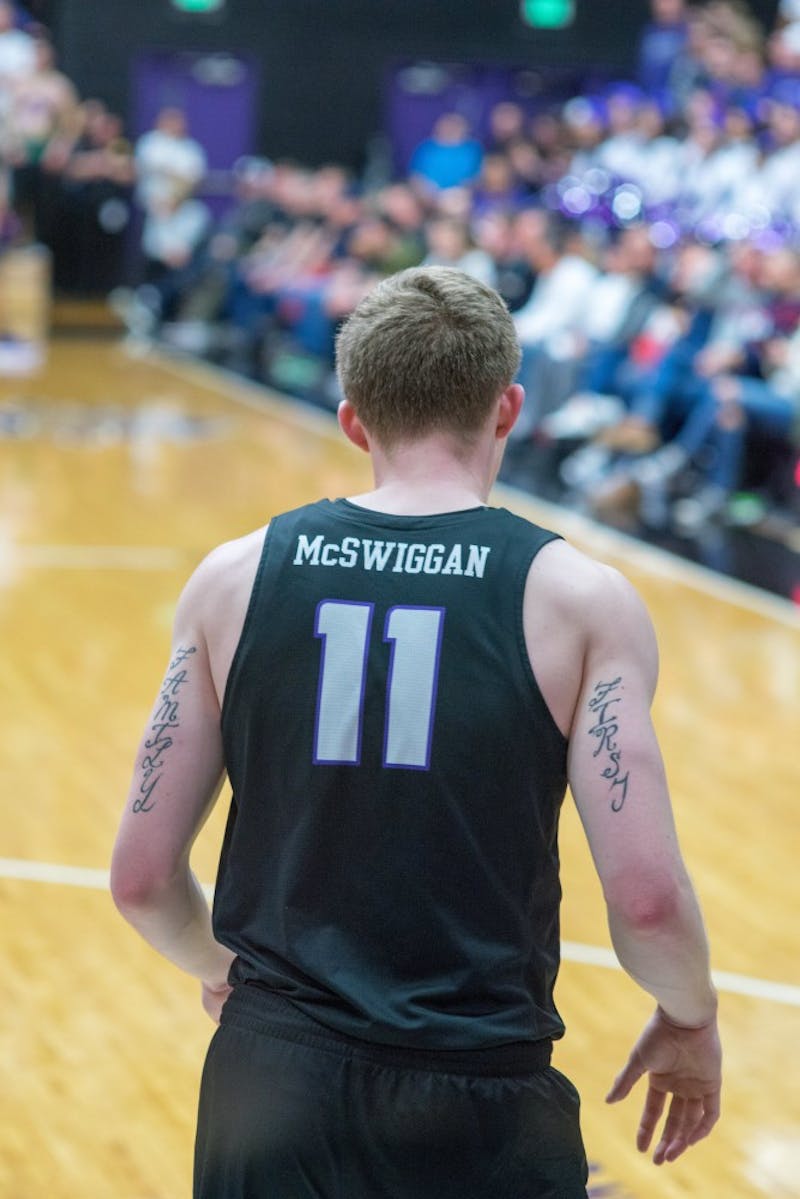 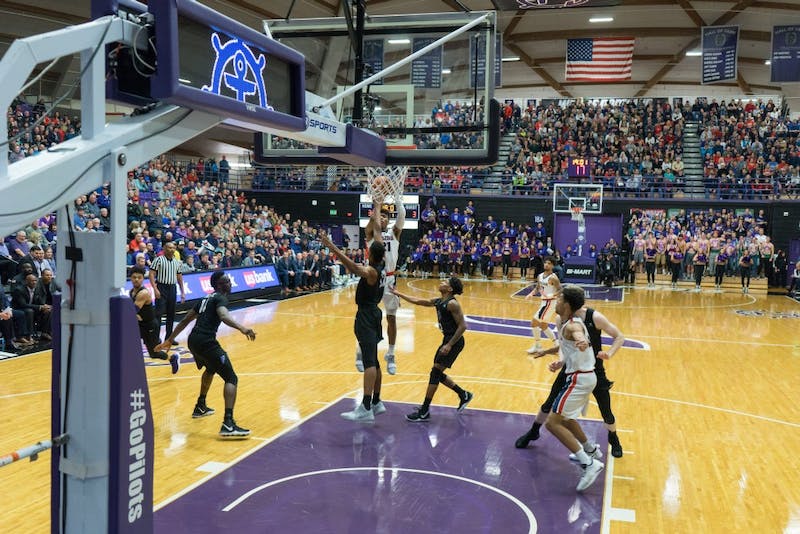 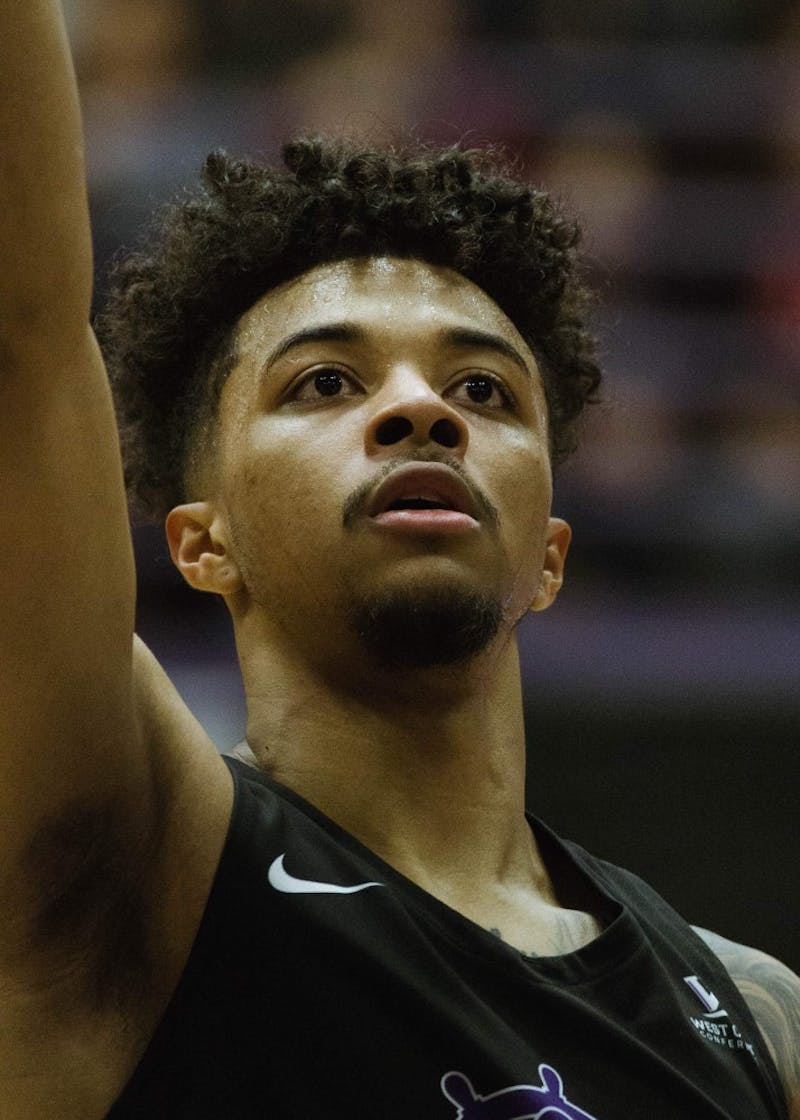 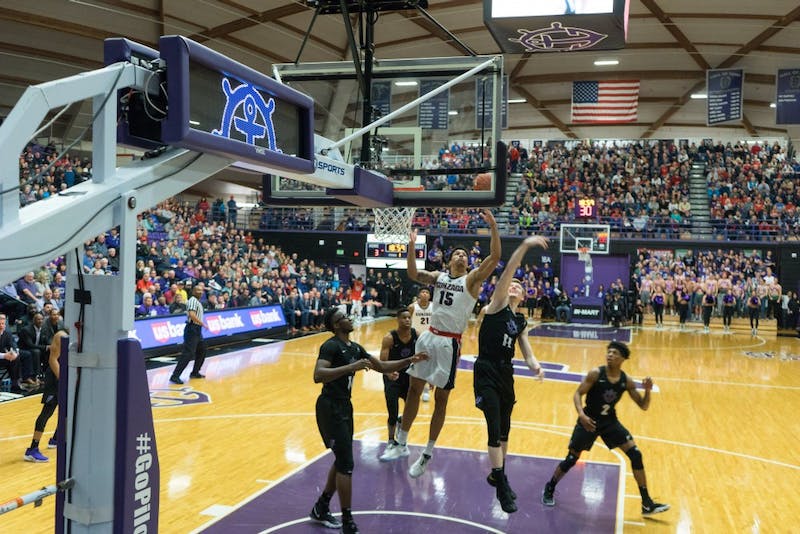 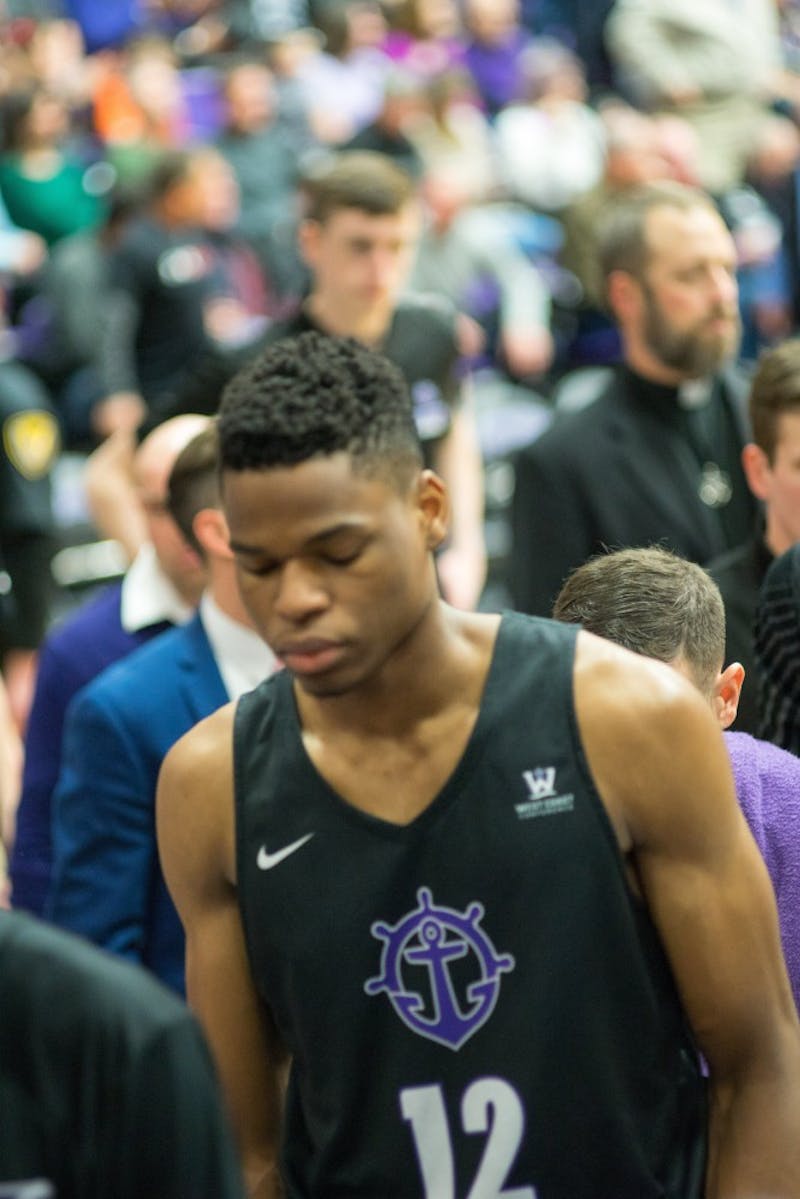 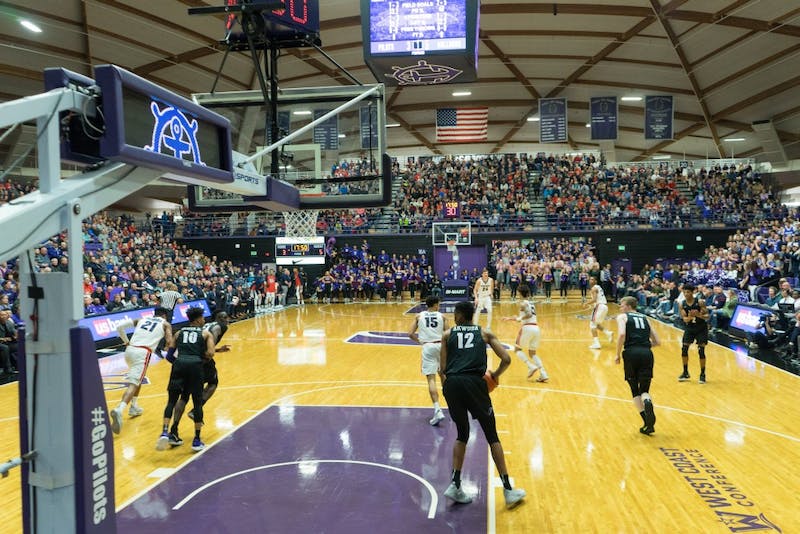 A foggy night did not stop faithful fans on both sides from packing the stands on Saturday night as Portland hosted the No. 5 ranked Gonzaga Bulldogs. Even though the Pilots battled throughout the game, Gonzaga came away with a big win 89-66.

The first half started with a bang as both teams quickly traded three-pointers. The pace stayed high as both teams traded leads early on.

Gonzaga began to build an early lead off of good offensive rebounding as well as a hot shooting hand from sophomore forward Corey Kispert. Gonzaga ended the half with 13 second-chance points from eight offensive rebounds.

The Pilots were full of energy in the first half, feeding off the larger than usual crowd packed into the Chiles Center. Sophomore guard Marcus Shaver Jr. lead the way with nine points for the Pilots. Shaver Jr. was a true floor general in the first half, running the offense and playing 18 of the opening 20 minutes.

Portland struggled passing its way out of Gonzaga’s full court press. Multiple turnovers turned into eight points for Gonzaga on the other side of the court.

“It gets us to play harder, dive after balls and take no plays off,” sophomore Pilot guard Marcus Shaver Jr. said.

Portland played tough to pull the deficit back to fifteen before halftime, going into the locker room with a halftime score of 41-26 in Gonzaga’s favor.

Portland pushed Gonzaga in the second half and the pace never slowed. But Gonzaga weathered the storm with strong inside play and continued to own the boards on both sides of the court.

Portland finished with only two offensive rebounds, compared to 14 for Gonzaga. This led to 23 second chance points for the Bulldogs.

Shaver Jr. kept the intensity up while making multiple threes and finishing with 18 points in just over 30 minutes played. Sophomore forward Hugh Hogland was also a major contributor with eight points and six rebounds off the bench.

“I hope it gives the young guys a lot of confidence,” Pilot Head Coach Terry Porter said. “Hugh did a really good job in the post, he got double teamed a few times and had good patience.”

Gonzaga pulled away late to come out with a 23-point win. Portland put enough fight into the battle against the No. 5 ranked team in the country to make it a competitive game.

Outside the uniform: Athlete fashion in Women's sports