No. 2 Pilots cap off senior ceremony with 2-0 win

(Photo courtesy of Will Crew)

Three years of watching other seniors being praised on their final regular season home game still couldn't prepare the class of 2011 for what they finally received on their own Senior Day on Halloween Sunday.

"Standing up there with my parents, I still couldn't realize that I was the senior being thanked before my last home game," senior captain Keelin Winters said of being honored before the game. "It's amazing, everything has flown by."

Schmidt was unable to attend the game and the ceremony because of her obligations to the Canadian National Team, for which she is starting, in preparation for the World Cup. She is expected to return before the NCAA Tournament begins on Nov. 12.

This class in particular is certainly one that will be remembered for a while.

Their accolades speak for themselves, as they have the highest winning percentage of any class, a 77-9 overall record, undefeated in WCC play, including four straight championships as well as visits to NCAA Tournament every year.

"This was the only place for all of us, this was home," Winters said.

Nobody will hear the players themselves speak of their accomplishments, as they chose to talk about who they played with every day: their teammates.

Jackman agreed that winning never counted as much as being around her teammates did.

"It's been unforgettable, the people I've met here will impact my life forever. I loved it here," Jackman said of her time spent at UP. "My teammates were my family. We all supported each other through everything."

Head Coach Garrett Smith was able to bring the team together, after an emotional ceremony, to focus on San Francisco. The focus was there, and the Pilots dominated another WCC opponent 2-0 in their final regular season home game before NCAA Tournament play starts.

"It's tough to think about knowing that these seniors' time is almost up and they've come so far and accomplished so much," Smith said. "But we're certainly not done yet and there's more wins to get and the biggest test of the season coming up with the NCAA Tournament. We need to be able to stay focused while celebrating their accomplishments. We still have a future this season."

The Pilots controlled the game against San Francisco the whole way through, as the shot count showed a 28-1 UP advantage. UP immediately looked to score to start the game as Reed fired a goal into the net only three minutes in, but was called offside.

Sophomore Kendall Johnson was able to perfectly finish a shot from ten yards out in the 29th minute to put the Pilots on the board after freshman Micaela Capelle recovered her own deflected shot and sent a cross pass to an undefended Johnson.

Junior Danielle Foxhoven added in an insurance goal in the 54th minute after rebounding her own shot, which was deflected off the crossbar. After beating out the USF goalkeeper, Foxhoven drilled the easy corner shot for a 2-0 lead.

"We had a lot of opportunities and with 28 total shots we knew one would find its way," Foxhoven said after the win. "We just need to keep attacking and creating those opportunities because you only need one goal to win."

UP continued its impressive defensive play in the second half to gain another WCC win and continue the streak of 35 straight home wins at Merlo Field.

The streak is still the longest active home field winning streak in the nation. Freshman Erin Dees made the start at goalkeeper and made one save to record her sixth shutout of the season.

All of the seniors agreed that running onto the field as freshmen in their first college soccer game was their best memory and wanted future classes to enjoy their time on the grass as much as they have.

"I think we've all grown up a lot since first coming here as freshmen and it shows how special this place is with its staff and players," Chandhoke said after the win. "I'm gonna miss it and the freshmen should enjoy every minute of it."

Assuming the Pilots win against their last regular season opponent, St. Mary's, the team will have locked up one of four No. 1 seeds in the NCAA Tournament, granting home-field advantage throughout the tournament.

If the Pilots can shut out the Gaels as they did their other WCC opponents, they will join the 1998 Santa Clara team as the only team to hold all WCC opponents scoreless. The Pilots play at St. Mary's on Saturday, Nov. 6 at 12 p.m. 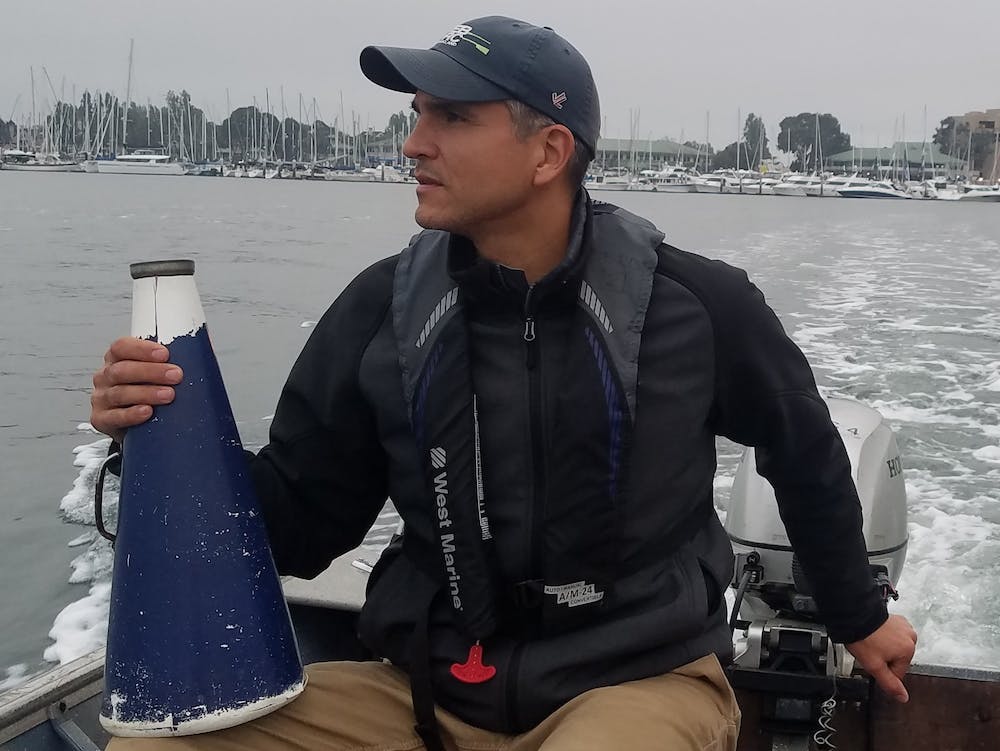