After the baseball season was cancelled, Travis Turney launched an art business.

Turney putting the finishing touches on his painting Ranked 83rd.

Before the coronavirus shut down the U.S. in March, University of Portland's senior outfielder Travis Turney's days were spent going to class, doing homework, playing games and recovering from a hard day's work.

Turney and the baseball team were rolling when the season was canceled; the team was 12 and 4 and just getting ready for league play and Turney was on track to have his best collegiate season so far.

However, after COVID-19 caused the nation to go into lockdown, Turney was left with a hole in his schedule. True to character, Turney chose not to "sit back and do nothing.” With the cancelation of the season, he now had time to do something he had been eyeing for a while: start an art business.

Turney sells posters, prints, and giclée prints (high-quality prints done on an inkjet printer) of his oil paintings on his website.

“My first inclination for doing something is playing sports and when that first option wasn't there, what was I supposed to do?” Turney said. “The next thing I could do was start on my art business, and that was something I wanted to do for a while but I just could never do it because I was always busy with sports.”

Turney grew up in a household that was competitive about everything from sports to cards to music and, of course, art. Turney attributes his competitiveness to his mother, who ran track in college.

“When I was five years old, my dad was the best artist in the house,” Turney said. “Then it soon became my brother and then, obviously, it soon became me... the motivation from them is what kept me going (as an artist).”

Turney’s competitive nature is something that he brought with him to UP’s baseball team. Turney’s former UP teammate Noah Cracknell said that Turney pushed him to improve on and off the field, whether that was in the weight room, developing a business or anything in between.

“You want him to do his best because if he's doing his best you're gonna have to try twice as hard,” Cracknell said. “He's fun to work with because you know you’re going to get the best out of each other.”

Art was never something that Turney could fully focus on though. Growing up, he played baseball, basketball and the piano, all on top of being a student, so he didn’t have the time to sit down and paint for a couple hours every night.

The painting that is most sentimental to him, The Rose that Grew From Concrete, took him two months to finish. The painting was inspired by a poem of the same name by Tupac Shakur. Turney values it so highly because he developed it from scratch and because of the meaning behind it.

“I came from a good background, but I’ve had my setbacks and my missed opportunities as a young Black man, not getting the same opportunities as everybody else,” Turney said. “Putting that into a painting and saying you can still make it out and you can still become something beautiful out of nothing is a great message that anyone can use.”

Turney estimated that The Rose that Grew From Concrete took two months to complete, mainly because he was working on it in his spare time during the summer between sophomore and junior year of college.

Over quarantine, Turney has been able to produce work much faster. One of his most recent paintings, Ranked 83rd, took him about two weeks to complete, just in time for the 2020 US Open last August.

The trickiest part about the painting for Turney was getting the reflection and the engravings on the sterling silver trophy right.

Turney regards her as an inspirational figure because they are from the same area and Stevens was able to stand atop her craft and call herself the best. In fact, Turney and Stevens' grandparents live in the same neighborhood and Turney has seen her 2017 trophy as well as many of her other accolades at Stevens’ grandparent's house.

Turney attributes his ability to sit down and paint for long stretches of time, even when things aren’t going great, to playing a sport that, for the best hitters, has a 70% rate of failure.

“You’re not going to play the game if you don’t have the capacity to continue when you’re faced with failure and opposition,” Turney said. “I feel like that’s why I can be so patient with my painting and my artwork because I can spend time and hours and hours on it trying to get it right. And I may get it wrong a few times, but I’m going to try and get it as accurate as I want it.”

UP baseball Head Coach, Geoff Loomis, said that he has enjoyed watching Turney develop as a leader.

“He's not just gifted at baseball and he's realized that it's not just about baseball,” Loomis said. “He is unique and can really play the piano and he can really do art and he's a really really good baseball player and... he's a really good speaker too in terms of just bringing people together and acting as a leader for us. He's the full package.”

If you go to Turney’s website and scroll down to the very bottom, there is a quote by Leonardo da Vinci that describes Turney well. It reads, “it had long since come to my attention that people of accomplishment rarely sit back and let things happen to them. They went out and happened to things.”

Turney is a doer, he wants to make the most out of every day and not sit-back and live a reactionary life. He didn’t sulk about COVID-19 ruining what was shaping up to be the best UP baseball season in a decade and Turney’s best collegiate season. Rather, he looked at the pandemic as an opportunity.

When college is said and done, Turney wants to be able to look back and say that he made the most of it.

“I don't want to look back in 40 years when I've had kids and a family and I'm really busy and I won’t have a lot of time to do something myself,” Turney said. “I want to be able to say I did everything I could, in that amount of time and I wasn't just lying around.” 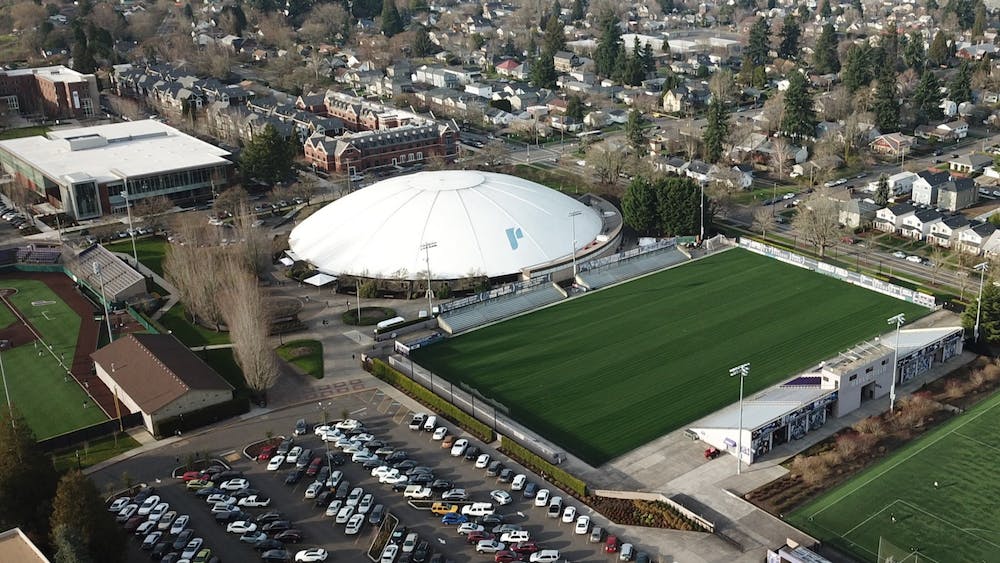