On Sept. 4, Black feminist, scholar, author and activist Dr. Brittney Cooper gave a keynote address entitled “Trust Black Women: The Importance of Black Women in U.S. Politics” to University of Portland students, staff and faculty. Cooper originally planned to give her talk in March but was forced to reschedule due to COVID-19. Six months after its original date, Cooper’s message had new meaning after the deaths of Breonna Taylor and George Floyd, as well as the insurgence of nationwide protests against police brutality and systemic racism.

Cooper is an associate professor at Rutgers University in the Woman and Gender Studies Department. Aside from her career as an associate professor, Cooper has also written two books—“Eloquent Rage: A Black Feminist Discovers Her Superpower” and “Beyond Respectability: The Intellectual Thought of Race Women”—and is co-editor of the essay collection “The Crunk Feminist Collection”.

Cooper has been a featured writer in The New York Times and often appears as a guest on MSNBC. She was also a speaker at a virtual summit on the 100th anniversary of women’s voting rights, which featured other speakers including Kamala Harris and Hillary Clinton.

Cooper’s talk was given over Zoom as part of the Public Research Fellows Virtual Series. Cooper summarized how the power of the Black vote has evolved throughout US history, including its current importance to the democratic party. Cooper touched on topics such as Black women’s political vision, voting behavior and the ways that Black women are important for a functioning government.

Below are some highlights from Cooper’s talk.

“So in 2017, after Trump was elected and the resurgence of the mainstream women's movement came about in America, we began to look more closely also at the voting behavior of Black women. We had voted in 2016 at 94% to keep Trump out of office. In 2017, Black women in Alabama led by LaTosha Brown and the Black Voters Matter campaign elected democrat Doug Jones to the US Senate. In 2017, we saw a range of Black women mayors being elected to large cities across the south, including Charlotte, New Orleans and Atlanta.  In 2017 in my home state of Louisiana, the mayors of the three largest cities in the state were all Black women. Black women came to the polls electing a senator, progressive mayors, progressive district attorneys and composing the squad of Ayanna Pressley, Ilhan Omar, and women of color, Rashida Tlaib and Alexandria Ocasio-Cortez. They also elected Senator Kamala Harris to the US Senate in 2016.”

“In this moment, when many on the radical left are very upset about the fact that Biden is the nominee when we finally had viable options that many of us were excited about, there is this lack of enthusiasm. But part of the challenge is that people are going to lack enthusiasm, but what I know about Black women is that they're still going to go to the polls and vote, and that if we say we trust Black women, the same Black women who gave us a congress that could impeach the president, and at least make some showing of the idea that the rule of law is some kind of idea that we should care about that we can't now jettison these Black women or conversely, leave our entire political future up to them, while sitting over to the side holding on to what views we think are more radical, when really we are leaning on Black women to uphold this republic.”

On the importance of Black women for government functioning

“Black women are important to the functioning of good government, but we are far more comfortable with Black women's political labor as workhorses for the system than we are with their thinking. Everybody loves Stacey Abrams but it's not clear if you would love her if she actually ran for office. Think of the challenge here. White men on both the left and the right rise to the presidency in this country by arguing that the system is rigged against them. So, you have Donald Trump arguing that the system is rigged. During the primary season, you had Bernie Sanders, who is the beloved of everybody on the left, arguing that the system is also rigged. And what is our favorite Black female politician doing? Trying to fix a rigged system. Trying to ensure that people's voice actually matters. Trying to ensure that white men cannot whine and cheat their way to the presidency. And we're comfortable with Black women doing that. We dismiss them as parochial for such, quote unquote, blind faith in the system and the political ableism of such a pronouncement is precisely the point. Black women have never lacked vision, but even as we rely on Black women as a country to make things work, the elite class and the world class continue to sow distrust.”

On the history of “Trust Black Women”

“Pundits across the airwaves acknowledged how important the Black vote is to the future of the Democratic Party and potentially to the future of progressive politics in this country. Watching the consistent and strategic ways that Black women put the South back in play for the Democratic Party, and more specifically for progressive politics gave rise to a phrase: trust Black women. This slogan and its attended practice actually emerged in the early 2010s from Black women who worked in the reproductive justice movement. The term reproductive justice says very basically that we all have the right to parent, or not parent, under the conditions of our choosing. And we have the right to parent our children in safe and healthy environments. These women on the forefront of the fight for reproductive access for Black women created a framework of trusting Black women as a way to say that when we create a world with Black women that prioritizes the concerns which we set them, then we create a world that is better for everybody.”

On commitments to public institutions

“I maintain that this investment in public institutions is less about trust and faith, and more about an understanding that in order for the least of these to have access to goods and services, you have to have a social infrastructure to provide those services. This is instructive in a moment when faith in public institutions is at historic and alarming lows, and absolutely should be, given that I'm having to give you this keynote from Zoom instead of there in the room with you as we initially intended, because our public institutions have been an utter failure in the middle of a pandemic. Black folks have always known that concepts like the rule of law, good government, rights, freedom are contingent rather than permanent. The law is unruly often, good government treats us bad most of the time, freedom certainly isn't free, and wrongs have shaped our social condition far more than rights have.”

On the politics of maternity

“Since Trayvon Martin's death in 2012, Jordan Davis's death in 2012 and Michael Brown's death in 2014, Black mothers have been at the forefront of organizing for radical political change in racial politics on behalf of their slain sons. These women, who also include Sandra Bland's mother, Eric Garner's mother and Tamir Rice's mother and more recently, Jacob Blake's mother and Breonna Taylor's mother, have been known since 2014 as the mothers of the movement as we have witnessed their collective pain and national consciousness related to the moral demand that we have to show up as we witness their collective pain in mourning and outrage around the loss of their children. They have been a collective check on our national consciousness, demanding morally that we must show up and fight back against white supremacy. And so why is there a national narrative venerating the quote unquote wall of white moms, as though we have not been privy over the better part of the last decade to Black moms standing in front of, pleading for the state to change because it is taking away their children?”

On the politics of representation

“Have you asked yourselves why it is the case that men get to be more radical in political life? It's the same reason why male aggression is perceived as passion and leadership and decried among women as bitchiness of the sort that is untrustworthy and must be contained. Our country has proven that it will not, in the aggregate, vote for any woman for high office whether she is more centrist like Hillary Clinton, or more progressive like Elizabeth Warren. We still live in a country that by and large treats politics as the domain of men, willing to hear from men who are more progressive or more centrist but dismissing many of these ideas as untrustworthy when it comes to women. So yes, representation still matters.”

“As a radical Black feminist who has been an active participant in the movement for Black lives since Trayvon Martin was killed in 2012, who was on the ground weeks after Michael Brown was killed, I'm arguing that we need to center ourselves now. There is a danger in our political discourse that I worry about from those on the left. And the danger of that discourse is the lie that many of us have told that representation no longer matters.” 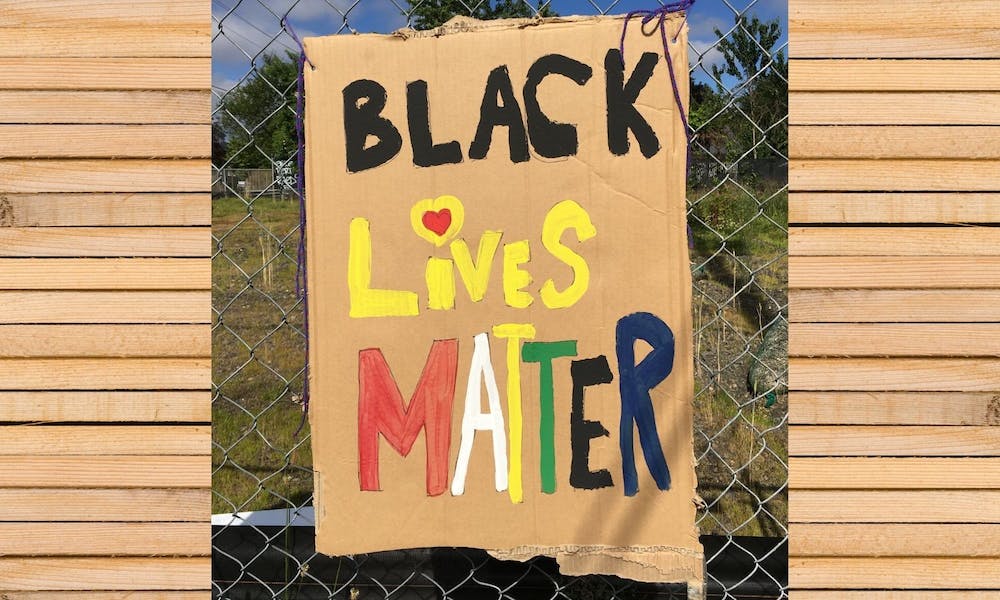