‘A chance to get off the hamster wheel:’ Fall sport coaches share how coaching and their lives have changed through the COVID-19 pandemic

Merlo Field remains vacant, and will likely stay closed for the remainder of the year.

As students have returned to online classes this fall semester, so too has head women’s soccer coach and University of Portland alumna Michelle French, as she starts working towards a master’s degree in management communication.

Graduating from UP in 1998, it’s been over 20 years since French has been in school. Currently, she is taking BUS 512, leadership and higher level management, in addition to CST 432, gender and international development. French notes that while it’s been an adjustment to get back into classes again, she has been looking forward to learning and furthering her education.

“My brain has been so thirsty to continue to grow,” French said. “...I literally Googled the other day, ‘Does reading too much make your brain hurt,’ and I was like ‘Oh my gosh’ - I have headaches all the time now from so much reading, it’s so funny.”

In an ordinary year, French and other fall sport coaches at UP would be spending most of their time running practices, traveling, recruiting and watching film. However, because all fall sports have been postponed due to the COVID-19 pandemic, this year is far from ordinary.

One silver lining that head men’s soccer coach, Nick Carlin-Voigt, has found in the pandemic is the ability to spend more time with his daughter and to experience more of Oregon’s natural beauty.

“Because of the forced shutdown I’ve had more free time to... take trips and journeys where you're on a self exploration to reconnect, unplug, turn the phone off, and get away from the everyday grind of division one athletics,” Carlin-Voigt said. “It's a chance to get off the hamster wheel a little bit and slow down.”

Megan Burton, head indoor and beach volleyball coach, has also been using the time to explore the outdoors, something she could not normally do this time of year.

“Every now and then I like to go for a hike in Forest Park and I’ve been utilizing rental bikes from the outdoor rec center (at UP),” Burton said. “I’ve been trying to soak up as much outdoor fun as I can. Typically we’re in the gym all of the fall, so I don’t get to enjoy the amazing outdoors.”

Now that many players are back on the bluff, coaches have been training with teams in person and getting into more of a regular routine. However, due to distancing and practice time restrictions, it hasn’t been possible for teams to bond in the same way as before.

“One of the biggest things that teams are struggling with is just feeling like you have the togetherness and unity that you would normally have,” women’s cross country head coach Ian Solof said.

The shift in team dynamics has not been entirely negative. When there’s no pressure to perform, coaches have the opportunity to focus on improving other aspects of their teams and connect with athletes in a different way.

French believes that this time without competition has allowed her to place a greater emphasis on improving the women’s soccer program off the field, developing culture, chemistry and leadership within the current team. In some ways, communicating with the team online these past few months created a more intimate connection.

“When you’re on Zoom, you’ll see people in their comfort zone, in their home environments,” French said. “You’ll see their parents walking by, their little brother or sister wants to be on the call, their dog comes up and jumps on their lap, or whatever the case is. There’s just a little bit more of a human connection.”

While the postponement of sports has caused uncertainty for coaches about what their roles and responsibilities will be this year, it has also reminded them to be grateful for each moment as it comes.

“Tomorrow is never promised,” Carlin-Voigt said. “During a pandemic, that’s never been more accurate. One day you think you have a season and the next day, you don’t.”

Lindsey Warren is a reporter for The Beacon. She can be reached at warren23@up.edu. 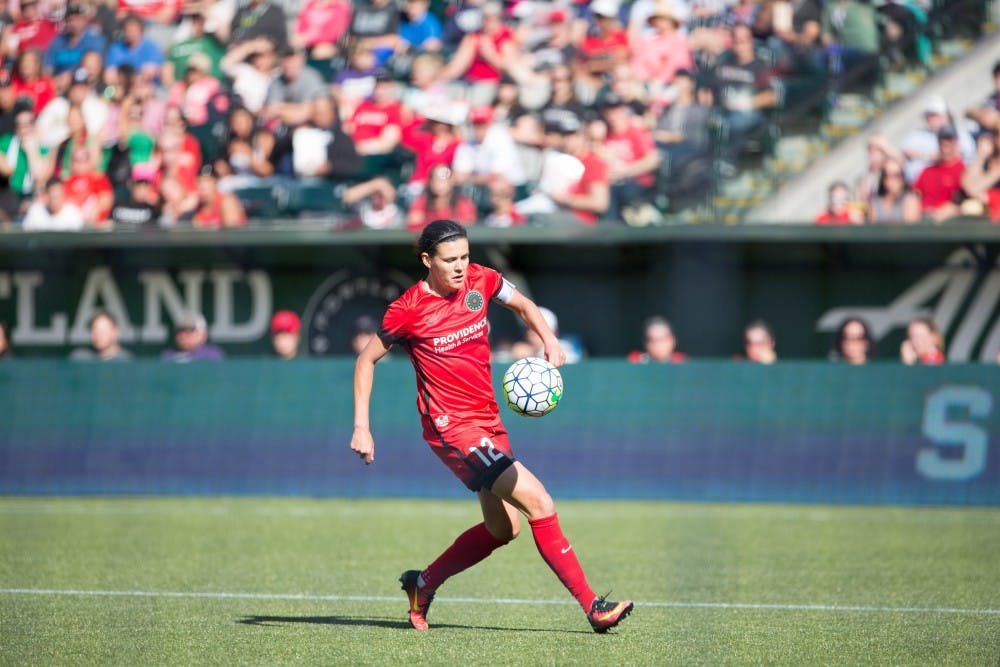