First-generation seniors: 'I wish they fought harder for us'

In years past, commencement has been held in Chile's Center. Now in the weeks before graduation, campuses nationwide are closed down, leaving the class of 2020 to walk a virtual stage in their living rooms.

The University of Portland officially announced that it would move online on Thursday, March 12. The decision came on the heels of swathes of universities across the nation choosing to empty their dorms, cancel their events and shuffle their students into Zoom classes. For most, school moving online was not a surprise.

The news that came a little harder was that of a virtual commencement. Seniors waited anxiously to hear what would happen of their graduation ceremony, originally scheduled on May 3. An in-person graduation would have followed tradition as seniors strode across the stage in Chiles Center like so many before them. But in an email brief on March 20, University President Fr. Mark Poorman announced that this ceremony would no longer be occurring.

It’s a loss that is not unique to the University of Portland, but has fallen unanimously on the class of 2020. Losing the ceremony is a sting that, even one month ago, seemed inconceivable. For some, it carries a different weight than others.

Around one-fifth of the UP student body are first-generation students (FGEN). It means that they are the first in their family to obtain a four-year degree — the first in the family to walk a stage at college graduation. To many, graduation meant more than a paper degree or a cap and gown. It was an emblem of accomplishment to span generations before them. It was not only for the students but for their families.

Not all FGEN students on campus become involved with the FGEN Program. According to Matt Daily, assistant director of the Shepard Academic Resource Center and program manager for special populations and learning assistance, that’s the beauty of it.

“You don’t have to sign up. You’re just in,” Daily said. “And how that impacts your experience — it might be nothing at all, and that’s okay. It’s good just to know that you have people like you who are in the same boat, whatever your background is, that really want to support you and honor you.”

Sarah Ponce is a biology and Spanish major in the class of 2020. In 2019, she was an FGEN Summer Launch ambassador.

“FGEN means that you’re part of this community of people who are kind of figuring out college, without the support of intergenerational academia, without the resources that maybe other students have,” Ponce said. “You build a kind of camaraderie and community within the FGEN people, other students like you because you are providing each other these resources.”

When the University of Portland announced that classes would become virtual, Erick Berrelleza, a senior political science and Spanish double major, emptied his off-campus house in Portland and rented a car to make the 20-hour drive home, to San Tan Valley in Arizona. The goodbye process, which originally should have occurred in May, was cut short to two days.

The life he leads at home is far different than the one that he had at school. Now, he is working 30 hours a week at his part-time job. His parents don’t speak English, so he’s helping his little sister in online learning, as well as completing his degree online.

“As first-gen students, you just feel like you need to take on all these other roles while you’re home,” Berrelleza said. “Because if you don't, who else will?”

Originally, Berrelleza had plans to spend the summer figuring out his next career steps and working in Arizona, as well as taking a post-graduation trip with friends to Southeast Asia in August. But since all the jobs or graduate programs he had been considering are outside of Portland, he doesn’t know when he will next return to Portland.

“It sucks,” Berrelleza said. “I lived there for four years. And now I don’t know when I get to go back.”

Berrelleza also found it difficult to tell his family that the ceremony was no longer occurring. The ceremony would have been the first time that his family had made the trip to Portland.

According to many FGEN students, although your degree only has your name on it, it’s not just for you. It’s for your family.

While Ailyn Monarrez obtained her sociology and Spanish degree at UP, she was also co-president and founder of the Women of Color Club, an ambassador for the Office of Admissions and a mentor for UP Connections. Monarrez was raised by her mom and aunt and said that, for her, graduation was something they would undertake together.

“A lot of what I do, and a lot of what first-gen do, is to do what their parents couldn't have done,” Monarrez said. “What they couldn’t do because of financial struggles, because of immigration struggles … Whatever the case may be, I know my mom couldn’t do it. And we did this. This wasn’t me. I was going to graduate with her. It was going to happen at commencement. When I got my diploma and when I shook Fr. Poorman’s hand, I would look at her and in the eyes, I’d tell her, ‘We did it.’”

Monarrez is planning on going to graduate school, hopefully in California. She intends to obtain her master’s degree and said it’s possible that she’d be interested in working in admissions at a university to advocate for future students from all backgrounds. However, right now, Monarrez is unsure of what the next few months hold for her.

Monarrez said she feels torn, unsure of how to reflect on and move past the disappointment of losing the graduation ceremony. A four-year degree is much more than the degree, Monarrez said.

“I don’t want to sound like all the sum of my accomplishments is up to one point which is literally, physically walking a stage,” Monarrez said. “It’s not that … But it’s like, I want to have the commencement person talk to me … I want to get a commencement.”

If UP were to hold an in-person ceremony at a later date, Monarrez said that she would definitely try to make the return to Portland.

“I would do what is necessary to get here and have that moment,” Monarrez said. “I know my mom would too.”

“Once I heard my mom’s perspective, that was when I started feeling disappointed,” Salgado Huicochea said.

Without the ceremony, a college experience seems to end with a whimper rather than a bang. Annael Piza-Huerta is on track to complete her accounting degree in three years, graduating a year early. Accelerating her degree like this was challenging, as she began looking for potential internships during her freshman year. This year, Piza-Huerta decided to make the most of her limited time, trying to become more involved on campus and with friends.

Although Piza-Huerta was unsurprised by the school’s closure, she said that it wasn’t until the first day of online learning that the situation truly sank in.

Salgado Huicochea was an FGEN mentor along with Piza-Huerta. Salgado Huicochea has remained in close touch with her mentees, even after the program has ended. One of them even became one of her best friends.

For Piza-Huerta, the mentor program has even impacted the way that she has processed the sorrow of losing commencement.

“Even though I’ve had these mental and emotional challenges, it encourages me to step up a little and pull through, because I feel like I have to,” Piza-Huerta said. “Otherwise, I feel like I won’t fulfill that mentor position.”

The class of 2020 is not without hope — far from it. Ponce said that her classes have been difficult — not only because of COVID-19 related circumstances, but because she’s already shifting her attention to studying for her upcoming MCAT. Salgado Huicochea is preparing for graduate school at Notre Dame in June to continue studying theology. In September, Berrelleza will begin teaching English in Mexico on the Fulbright English Teaching Assistant grant. And Piza-Huerta is buckling down to study for the CPA exam to become a Certified Public Accountant.

Many FGEN seniors expressed feeling let down by the university’s failure to postpone an in-person commencement. In the long weeks after going virtual, institutions like Boston University, Vanderbilt University, University of Michigan, University of Arizona and NYU assured students that although it would be later than planned, an in-person commencement would definitely happen. By contrast, the administration of UP remained silent until April 4, when they pledged to “celebrate the Class of 2020 in a public, in-person manner at a future date.”

For many, this assurance was too little, too late.

“I wish they fought harder for us,” Monarrez said. “It sucks that I hear that other universities are doing something different, and doing the most they can to have an actual physical commencement somehow.”

Daily assured students that conflicting emotions and anger is okay.

“I think you have to give yourself grace in this moment,” Daily said. “I think you have to love yourself. I think it’s really easy to sort of forget about what’s important for you and to lose sight, despite these challenging times, and get out of your rhythm. In terms of advice — what I do know is I don’t know. Because I”m struggling with it too.”

Ponce thinks it’s unlikely that she would return to Portland for an in-person commencement. She plans to be working full time as a medical scribe at her home in Southern California. Instead, she and her housemates are considering decorating their living room and holding their own dance party during the virtual commencement ceremony on May 3.

Piza-Huerta said she knew that she and her family would find a way to return to Portland, whenever it occurred; so did Monarrez. Regardless of if students will return to Portland for their final send-off, the loss of the original ceremony will be deeply felt.

“The event itself is great, but the memory is much better,” Monarrez said. “The moment that you’re walking and you see, to your left, your peers. And on the row to your right, you see the one person from your workshop group, and you've been friends with them for a few years, and they’re right there - and you get to look at them and be like, ‘Dude, we frickin did this.’ And then you see your parents over there with tears in their eyes. Cause as a first-gen student … They made it, through me. They did it.” 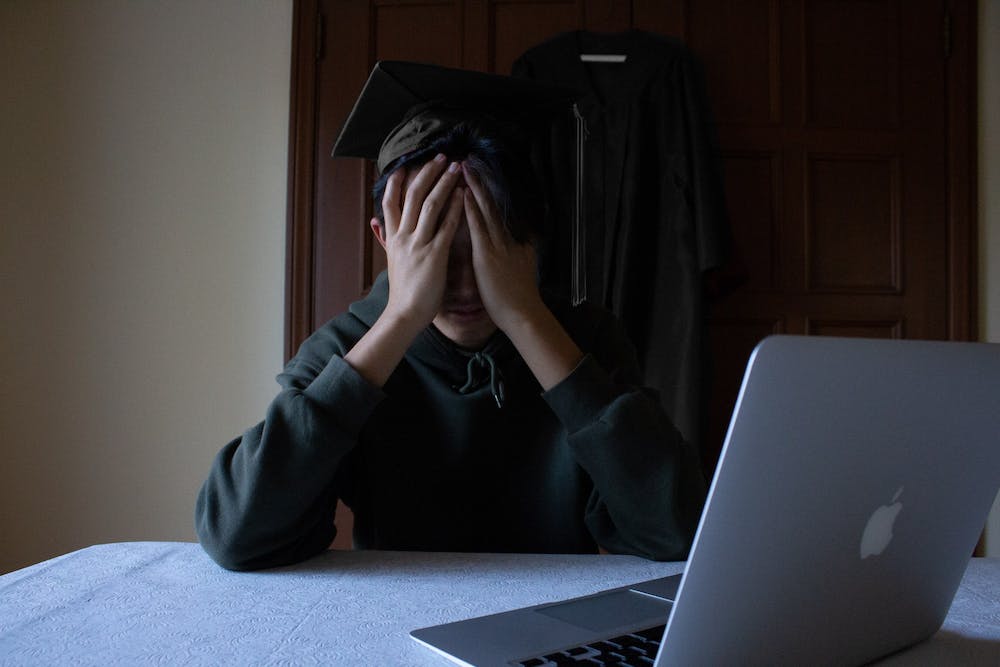 University opts for virtual commencement instead of postponing ceremony 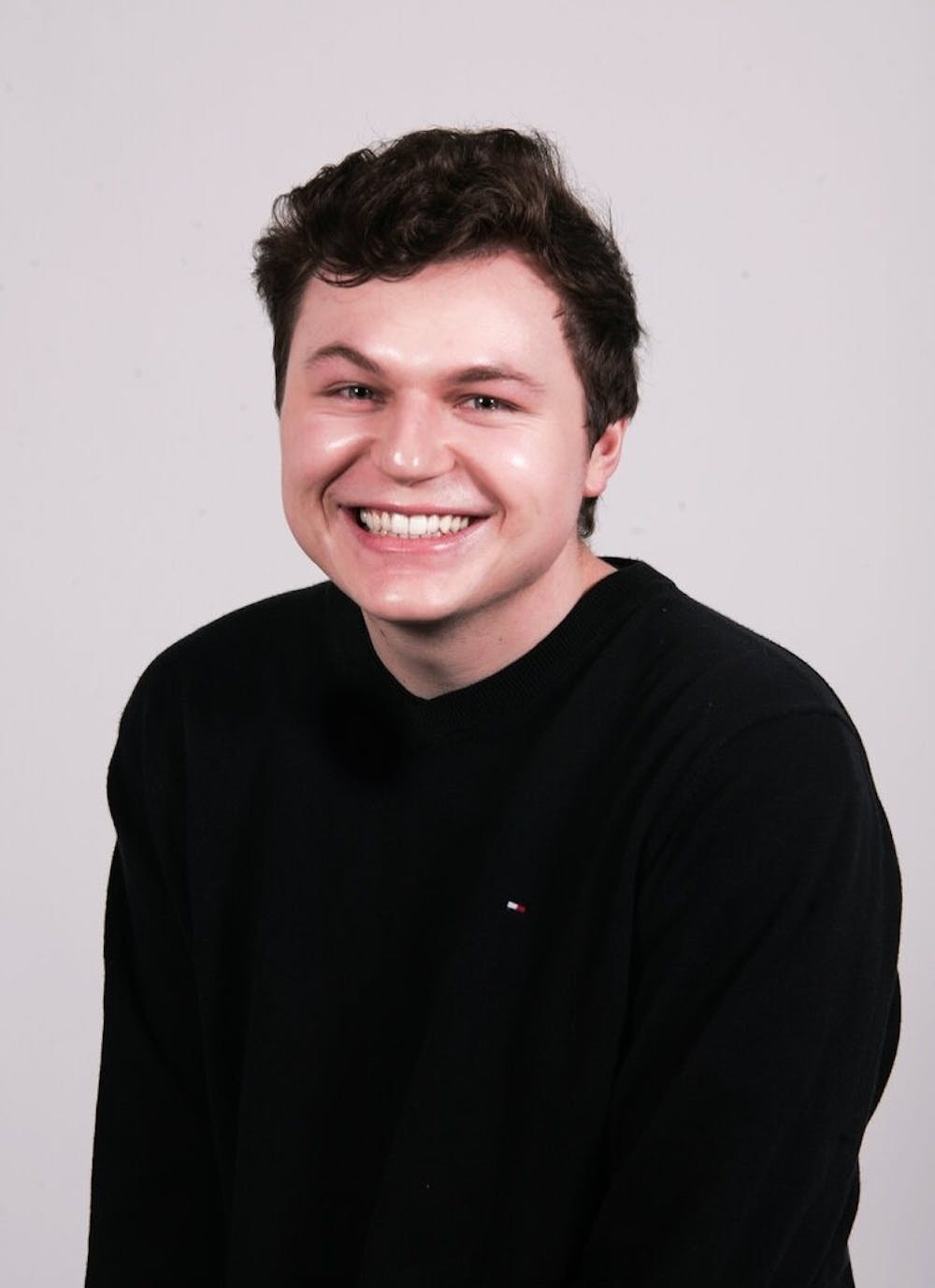 OPINION: UP, you CAN have it both ways 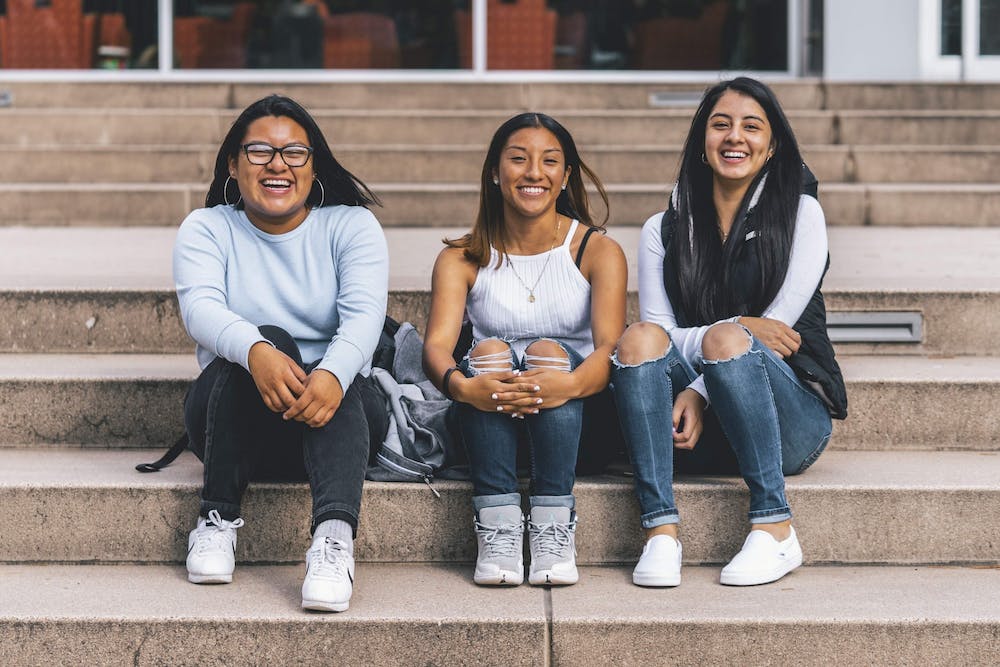