Summer music festival lineups are here: these are our favorites

January and February are often considered icy road blocks to the warmth of spring. However, they also remind us that summer is on the horizon as lineups for music festivals all across the country are finally announced.

Social media frenzies pop up every couple weeks as dozens of famous festivals post their 2017 lineups. This year provides a host of incredible acts. We have “Queen B” aka Beyoncé headlining at Coachella and all the best country music favorites at Stagecoach.

It all sounds so fun, but as college students on a budget, which one will get you the best experience for your buck? We’ve selected a few festivals worth your while!

These are just a few of the highlighted music festivals for the summer of 2017. Every best-price scenario is a rough estimate and can easily change based on event preferences. 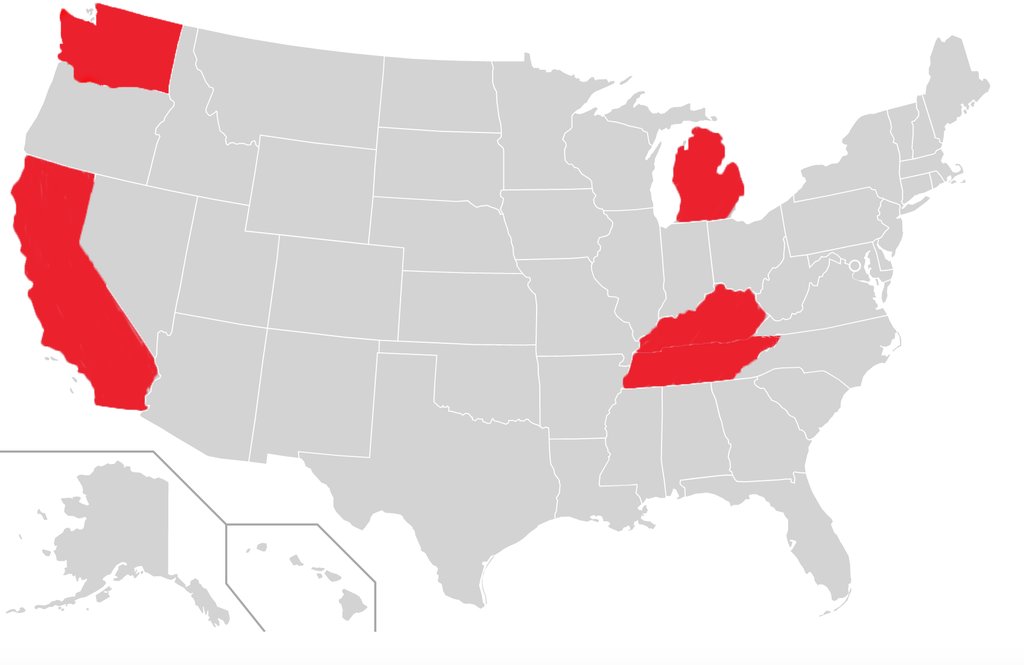 Tickets? Cheapest tickets can be found at starting at $484/ticket week two and $598/ticket week since all are sold out directly from Coachella.

If you find yourself at Coachella this year you can expect to have more than a few celebrity sightings at this glamorous festival. Be sure to whip out the most stylish items from your closet – or just wait to see the trends all around you at the venue.

While most would say seeing Beyoncé at Coachella might be worth any dollar amount, let’s see approximately how much it would be for an experience during week two.

Starting at $484 for a General Admission ticket, you to factor in the camping pass, which would amount to around $400 split between four people. Camping passes are sold out on most ticket sites so Ebay is your best bet.

Now we have to actually get to Coachella. Round trip flights are currently $372 flying from Portland, Ore. Palm Springs, Calif., or $131 flying into LAX, which is less direct.

One last factor is food and, of course, souvenirs during the trip, and most likely transportation to and from the venue. Approximately $250 depending on how much you splurge on the Coachella fanny-pack. Coachella offers a guide to food and beverages offered at the venue.

Where? The Gorge Amphitheatre, Wash.

Tickets? Pre-sale tickets will go on-sale Saturday, while General Admission goes on-sale in four days. is selling General Admission tickets starting at $310.00 and camping passes for $268.00, but split between about four people would be $67.00.

Sasquatch is set in one of the most scenic areas of Washington in a rocky valley surrounded by mountains. You can expect to get that “artsy--pic” at this music festival!

Driving to Sasquatch is the most cost-friendly if you live within a reasonable distance. Splitting the gas bill between at least four people would make the transportation around $20-$50 per person depending on mileage.

If you can’t drive, airfare will be around $150 depending on where you fly to and from. Additionally, around $100 should cover food and extra expenses for the weekend. Shopping with whoever you go with and splitting the bill is most cost efficient.

Tickets? Tickets are still being sold at Forecastle ticketing for $149.50 at General Admission.

The vibe at Forecastle is influenced heavily by the arts and food thriving in Louisville, Ky. Located right on the waterfront, people come from all over to enjoy the Louisville culture and music from all types of artists.

While there is no actual campsite on the festival grounds, there are local hotels and campsites that do offer for the weekend. Jefferson Memorial Forest campsite is located 15 minutes from the and offers rates ranging from $10-$35 specifically for Forecastle.

Depending on what part of the country you are flying from, we can factor in about $200 for airfare and $150 for food and extra expenses.

Tickets? General Admission tickets are available at Bonnaroo for $360.40/ticket.

It’s all about radiating positivity at Bonnaroo! You’ll experience a true hippie vibe with Tennessee temps in the 90’s and sometimes 100’s. It might sound miserable, but the community kindness, always killer lineup and truly unique food vendors and dance parties make the sweat and the dirt totally worth it! Everyone’s welcome on the farm!

If you choose to camp at the venue, you will need to purchase a car camping pass for $64.15 and split it between, let’s say, four people. Depending on where you travel from, airfare can average out to be $200. Money for food and other expenses can total to around $150.

Tickets? General Admission tickets are on sale at Electric Forest for $330.46/ticket.

You could guess by the name, but thousands come to Electric Forest for a weekend literally in the forest! Be sure to bring your hammock, because that seems to be the trending choice for a bed. Get some R&R in the trees as you gaze up at light shows and listen to the funky, electric sounds of this year’s excellent EDM and electronic lineup.

Camping is included in the General Admissions camping wristband which gives access to the main festival and all stages, as well as a camping spot with at least two occupants minimum. A separate camping pass of $70.00 will to be purchased for vehicles with only one occupant. Group camping is complimentary, but single camping is not.

Let’s factor in $200 for traveling via car or airplane and $150 for food and extra expenses.

Tickets? Tickets are sold out at the main website, but Stubhub has General Admission starting at $200.00/ticket.

While this summer music festival has only been around for three years, it’s surely become a staple musical event for Napa Valley...something a bit different than the typical wine tour. You won’t have to worry about being hot and sweaty 24/7 because temperatures can drop to the 40’s and 50’s at night, giving you a chance to cool off.

Flying to the festival will be around $200 with an additional $200 for food, and transportation to and from the airport. CampCarneros offers camping at $250 for two nights located only two miles from BottleRock, with a maximum of four occupants per vehicle. We can split the $250 between four, coming out to $62.50, considering each occupant would pay their share.

It looks like the winner of the “best for your buck” is Forecastle in Louisville, Ky.! Some might not be able to put a on seeing Beyoncé headline, but based on estimated calculations, you can enjoy Forecastle by spending somewhere around $500.00 for the weekend.

And if $500 sounds like too much to spend on a weekend of fun, no worries! Portland hosts many of these festival artists throughout the year, and many festivals stream their concerts so you can watch in the comfort of your own home for free!

UP Choir ends the year on a high note