Dr. Robert Kelly was named the 21st president of UP.

Community members gathered in front of the Chapel of Christ the Teacher to welcome UP’s 21st President, Robert Kelly, joined by his wife Bridget Kelly and their kids. He is the first lay person and African American to take the role.

“I take this moment at the outset of my remarks to recognize my position as the first lay president of this great institution,” Kelly said. “I’m humbled by this distinction, and I recognize the historic nature of my selection.”

“We would like to thank Dr. Herbert Medina, who answered the call in an extraordinary way this past year in serving as our acting president,” Chair of the Board of Regents Thomas Arndorfer said. “Dr. Medina faced many challenges, but through it all, he kept our mission first.”

Before taking this position on The Bluff, Kelly served as vice president for Loyola University Maryland, the same place he earned his bachelor’s degree. He’s had extensive experience in higher ed, working in administrative roles at Union College, Loyola University Chicago and Seattle University, among others.

He looks forward to getting to know the University community and the broader Portland area, and aims to make an inclusive environment at UP.

“God has provided us so much,” Kelly said. “The task before us is to make sure that we are doing everything we can using all of his great blessings to live out our enormous potential, to become a more inclusive community, to champion student success, and to support the faculty, staff and the people who live and serve the city of Portland.”

Kelly recognizes that it won’t be a simple transition, and anticipates that his lack of familiarity with the community could be a challenge.

“Not being a member of the community, it’s going to take a little bit of time to learn what’s going on,” Kelly told The Beacon. “I want to spend a lot of time with students in particular, I want to be able to listen. Clearly the work that we’re doing in terms of being anchored in Portland is going to be really important.”

The search for UP’s president started in August of 2021, after Fr. Mark Poorman announced his resignation. The Presidential Search Committee was overseen by UP Regent Tim Morgan, and was made up of UP administration, faculty and staff. The committee worked with AGB Search consultants Jamie Ferrare and Shannon McCambridge, who helped provide qualified and diverse candidates for review. Hundreds of candidates were considered, according to Morgan.

The decision to open the search to lay people came after a few months of consideration during the process. The Board of Regents realized they needed to find the best candidate for the job, regardless of their background, Arndorfer said.

“I think all of us on the Board of Regents realize that this is a special point in time,” Arndorfer said. “The last two years have been turbulent. There’s been a social justice reawakening, and divisiveness across the United states from a political perspective. Obviously the pandemic has taken an enormous toll... Our goal was simply to go out and identify the very best person to continue the legacy here, and the sacred mission at UP.”

UP has faced many challenges over the past two years, whether it be the pandemic, or issues of diversity, equity and inclusion on campus. There are many problems left to confront, but Kelly is hopeful that he can guide the University, and continue the strong relationship between UP and the Congregation of Holy Cross, pledging his commitment to the Holy Cross mission.

His strategy moving forward is to establish strong communication with all members of the UP community.

“For me, it’s a lot of listening, collaborating and showing up,” Kelly said. “It’s important to me that I am joyfully present and active in the lives of students. I want to hear what they have to say.”

Austin De Dios was the Editor-in-Chief of The Beacon. He can be reached at dedios22@up.edu. 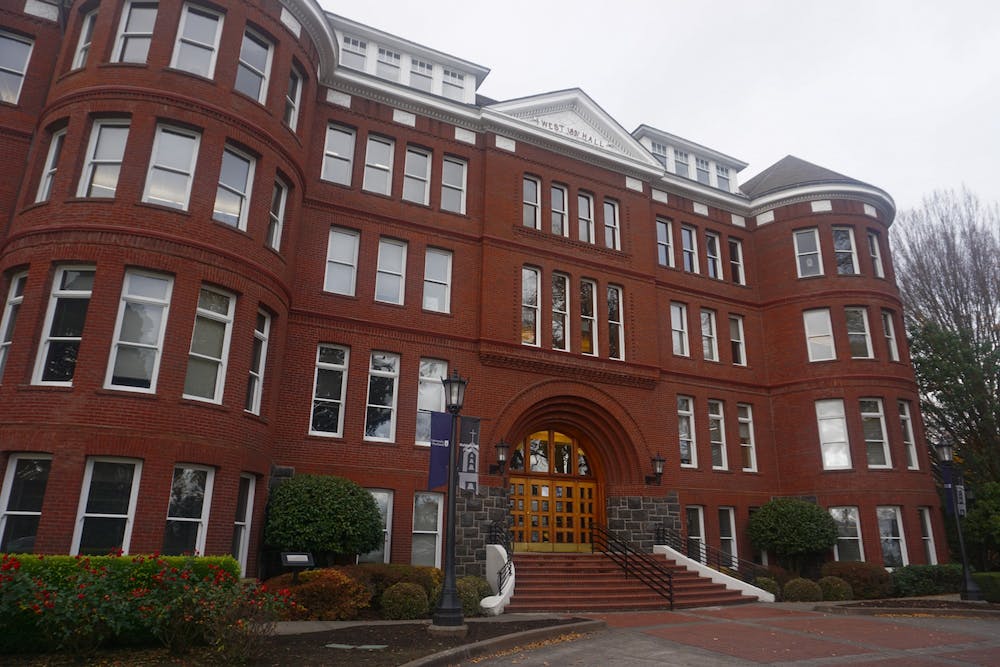