SASA gathering to stand in solidarity with the LGBTQ community. Posted Sept. 21, 2018.

Students Against Sexual Assault (SASA) has become a University-sanctioned club, after a process that leaders of the club say was frustrating at times, but worth it. Now with club status, the group has access to funding from student government (ASUP) and can operate more independently than it has since it was founded in 2016.

“We are excited to get more people involved because one thing that we were struggling with was that people didn’t know who we were or how to get involved…,” Kristen Kaliban, SASA co-president said. “So we are excited to meet new people who are similarly passionate about this topic and collaborate more to get fresh ideas for what SASA can be in the future.”

The purpose of the club is to provide education about sexual assault prevention and recovery from sexual violence, provide a safe space and support for survivors, according to their constitution. SASA president Meghan Powers is also working to bring in a third party advocate, that has no affiliation to UP, to support survivors.

SASA originally applied to the Office of Student Activities to be a club in 2016. They were rejected for a part of the constitution that said they would not allow students to join their meeting who were in the Title IX conduct process. The leaders did not want perpetrators joining their meetings because it would defeat the purpose of a safe space for survivors of sexual assault.

“And the difficulty with that request is that all of our judicial records of course are FERPA protected,” Jeremey Koffler, director of student activities said. “There's no way we could have shared with them a list of names of students that, you know, may be involved in those types of cases, and we would never choose to do so anyway, right. And the students weren't willing to bend on that request.”

While they were still able to hold events, SASA faced issues with getting refunds from the HCC and finding space to hold meetings, according to Powers. Powers, and her co-president last year Kim Dorr, were paying for most of the events out of pocket and asking professors to reserve classrooms for them.

Powers had been thinking about applying for club status for a while. In Fall 2020, Powers and Kaliban, along with the rest of the board, began drafting their constitution. While they were still concerned about the issue of a perpetrator attending the meetings, they decided they would not let it stop them.

“By not being a club, we didn’t have access to the student body,” Powers said. “Although there is this issue of possible perpetrators being able to come to meetings. It felt like by letting the idea of a perpetrator coming to a meeting stop us from being a club, [and being] overall more involved in the student community – we are still giving power to them. We wanted to once again take that power back.”

As they drafted and edited their constitution, Powers and Kaliban faced another issue related to UP’s Catholic affiliation. They were required to add the following to their constitution as a condition of their club approval:

Since UP is a Catholic institution, the school does not want to endorse any club that goes against Catholic social teaching, Koffler said. Since SASA is specifically related to sexual behavior in their purpose statement, he required them to add this into their constitution.

“We are a Catholic institution. Those are our values, and we're proud of our values,” Koffler said. “And so we want to ensure that the student clubs and organizations regardless if it's SASA or… any other club, you know the chess club for goodness sakes, you know, are basically supporting our Catholic mission or identity and that type of thing.”

The club was finally approved on Feb. 23. Powers and Kaliban are excited about this status, and looking forward to their future plans.

“Since we are a club, we are going to have visibility of this issue, and it won’t be something that can hide in the shadows of our university, like it does of so many other universities…,” Powers said. “Student participation, students can be on the board or the general roster of it now, they’re able to get involved with SASA. ”

Students are able to sign up for their roster on Engage.

Lizzie Wisely contributed to this story. She can be reached at wisely24@up.edu. 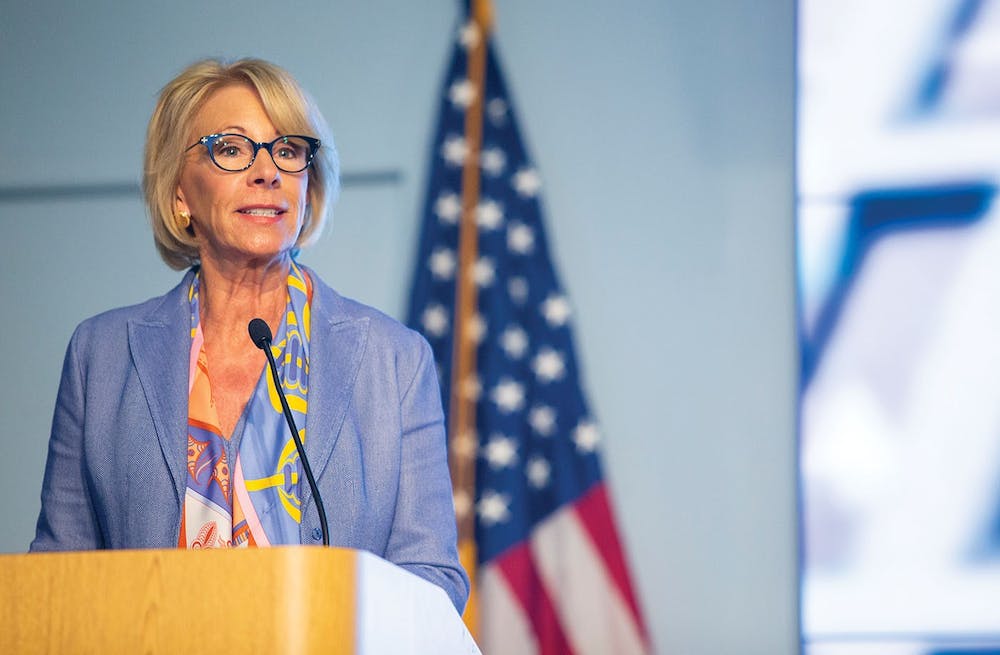