Here we are, stuck in our homes yet again, staring at our screens as we merely cross days off the calendar, hoping our way of life may return to how it once was. The Chicago Tribune put it best in a tweet that was truly ahead of its time, reminding us that while we work quickly and diligently, “the slow trudge towards mortality continues unabated.” We cannot physically escape it; “the specter of death [...] remains a constant [on the horizon] —today, next week, forever.” It is this paradoxical permanence, this utter waste of the prime years of my life that I will never get back, that I loathe.

As I sit between the four walls of my existence, I can’t help but seek a change of pace, a change of perspective. Sure, I crave an escape to some extent, but I know that there is not an escape to be had. Instead, more than anything, I crave a fresh perspective on life that will help me comprehend and make peace with the insurmountable circumstances before us. For this, I turn to my steadfast companion: video games.

The digital “realities” of perspective-based first person puzzle games, specifically Portal and Superliminal, come to mind as good candidates. Remember: anyone (and I mean anyone) can play games. You absolutely don’t need to trade your personal hygiene and social life for RGB keyboards and “Gamer Girl Bathwater.”  All you really need is a good attitude and a computer that satisfies the minimum system requirements (although most computers already do).

(Full disclosure: I am not affiliated in any way with Steam, Valve, or Pillow Castle Games. I bought each of these games with my own money and played them on my own time. I simply enjoy video games.)

The Portal series are physics-based first-person puzzle games wherein you, the player, use the Aperture Science Handheld Portal Device (Portalgun) and Long Fall Boots to place and control two connected portals, one blue and one orange. Regardless of where these portals are placed, objects can be passed into one and out of the other (and vice versa) while conserving energy.

You are required to outsmart sentient super-A.I., GLaDOS, while navigating a series of “enrichment chambers” (levels) of increasing difficulty. For an example of this, follow this link.

A gif of GLaDOS via GIFER

Portal and Portal 2 force you to think unconventionally, deviating from reality as you manipulate space-time for your own benefit. Rather than approaching obstacles with a traditional, reality-based approach that most platform/puzzle games require (think Super Mario) wherein players are constrained by jump height, jump duration, space, and hostile characters, Portal players must take into account all of the aforementioned constraints while taking the unique game mechanics of the Portal franchise in stride. It is no longer a game of “how high can I jump,” but rather “how can I build up enough potential energy to leap this great chasm and not experience ‘rapid, unplanned disassembly’ (i.e. death) on the other side… oh and also dodge that robot that is trying to kill me?”

An example of Portal’s primary game mechanic. Gif via Gfycat

Superliminal feels like a spa day in comparison. Some of that is thanks to the soft jazz soundtrack but much of it is due to the environment which you navigate. Gone are the harsh, surgically-clean testing chambers of Aperture Science, replaced with the warm, lush feeling of an expansive early 2000’s hotel.

Superliminal is a completely different animal. When starting a new game, prospective players are met with a screen that warns of repeated flashing lights (okay, nothing too out of the ordinary here) and then, out of left field, warns that “some players have reported experiencing dissociation and/or derealization” while playing. Bruh.

While Portal plops you right back into your high school physics class, Superliminal hurls you towards a psychology class with a professor that talks themselves in circles and has a secret love affair with philosophy. Nothing about this game makes sense. The game is commentated by Dr. Glenn Pierce, the doctor who created and oversees your Somnasculpt therapy. Your dream therapy session soon goes sideways and you must escape the many layers of dream state in order to wake up.

The primary game mechanic operates on the principle of constant object size relative to location and forced perspective. “What the f*** is this guy on about?” I hear you asking. Okay, well think of it this way: If there’s a box 50ft away from you (no matter the size of the box), it will appear to be larger when you are 1ft away from it compared to when you are 50ft away from it. In reality, that object never changes size, but simply appears to change size. In Superliminal, the objects actually change sizes, which you use to your advantage to navigate a dream world and escape.

An example of Superliminal’s primary game mechanic. Gif via Gfycat

There are no enemies in this game; only obstacles. “Poggers!” I hear you say. No. This game is unsettling. You are utterly alone in this dream state and yet, somehow, I have never felt so scared, confused, alone and hunted simultaneously while playing a video game. There were times while playing this game that I had to stop playing because my fight or flight had kicked in and every hair on my body was standing on end. The entire game is one long, unrelenting trip to the uncanny valley.

Superliminal takes every opportunity to mess with your head and does so ruthlessly. Gif via Gfycat

It is difficult to shake this type of problem solving mindset even after putting the game down for a few days, and it resurges especially strong when playing other games. These games stand in stark contrast with the other first-person games that dominate the market like Call of Duty and Fortnite, whose metas narrate a shoot-first-think-later run-and-gun approach. Rather than capturing your attention through bright flashes and intense action, games like Portal and Superliminal command your attention through slow, methodical changes in the environment at hand.

And that’s exactly what the best video games should do: envelop you, making you temporarily lose touch with reality as you immerse yourself with the newfound rules of the digital world you find yourself in. It is this time away from real life that makes you come away from your digital experience with a greater appreciation of the real world around you, a welcomed addition to the Groundhog Day-esque feeling of quarantine life and online school.

I urge you to play these games. They’re cheap, about $10-$20 per game, and they play fast. Each can easily be completed in a single sitting and each is designed to be played that way. Think of it as an interactive movie. You probably sat through all those Marvel movies and then Endgame, so don’t even complain about sitting and looking at a screen for hours on end. I know you have it in you. (Plus, what else are you gonna do? Watch paint dry? You probably already did that last week.) Each game changes your perception of reality ever so slightly, which cumulatively leads to a sense of refreshed perspective on the world, something we could all use these days.

Brennan Crowder is the multimedia editor for The Beacon. He can be reached at crowder22@up.edu. 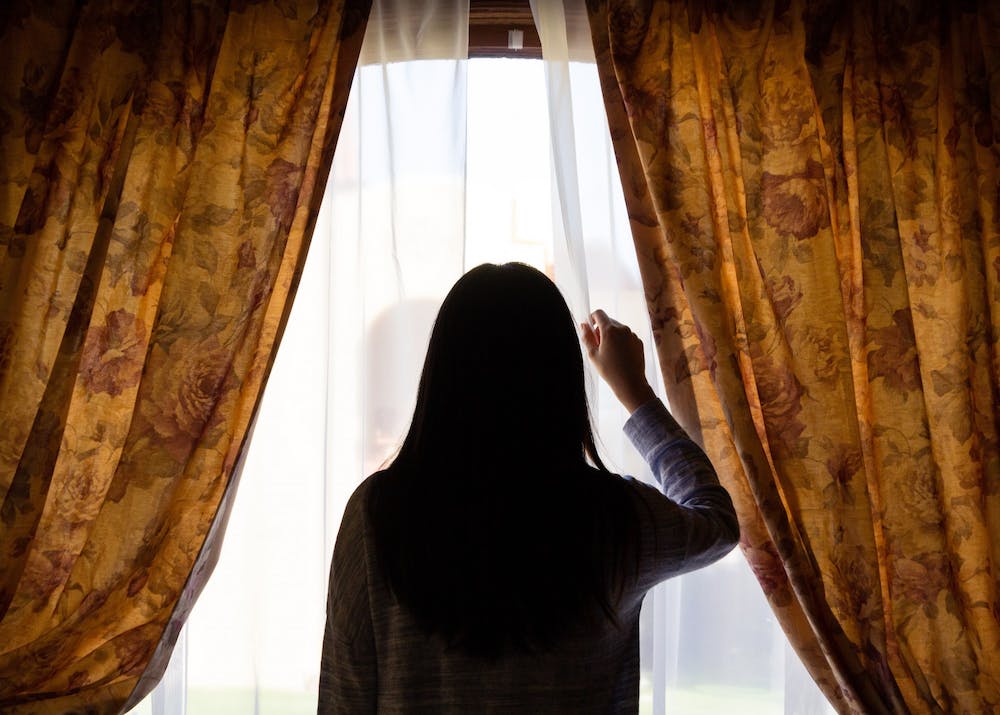 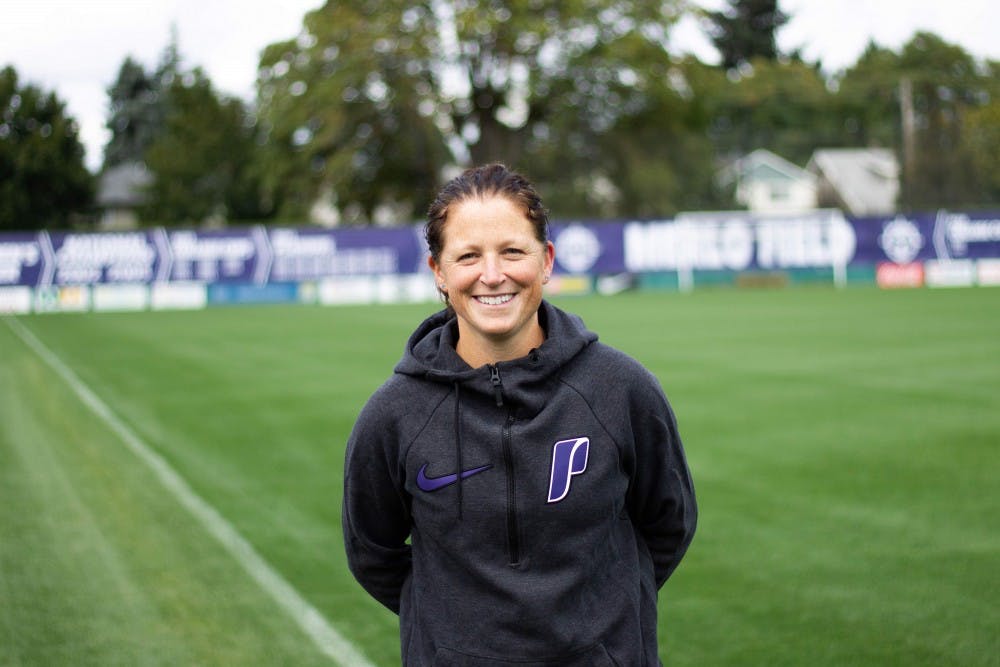 The French revolution: A Pilot’s return to Merlo