There’s a good chance that your closet floor is littered with clothing that you just don’t wear. Maybe it’s not your color, maybe you hate the fit, or maybe it was a tacky but well-intentioned gift from a relative that you felt too guilty to return. Instead of letting these clothes go to waste, junior Maddie Olson was struck with an idea that would make a difference. When classes went fully online in the spring, in the absence of both classes and rowing for the University of Portland team, Olson used her sudden free time to start Worn Relief, a second-hand clothing shop that donates 100% of its profits to charity.

“We call it a ‘fever dream’ idea,” Olson’s friend and housemate Ashley Cole said. “She woke up at 3 a.m., and sent, like, six Snapchats. I woke up in the morning, and I'm watching these videos where she's just talking to the camera like a crazy person.”

While witnessing the amount of Depop and Instagram accounts created over the summer to sell thrifted clothes, Olson saw an opportunity to transform this trend into something productive.

Worn Relief turns donated clothes into funds for charity. Olson collects clothing donations and then determines which ones to sell. She donates the remaining clothing to women’s shelters around Portland. She then sets a price (almost always under $30) for the clothing she is planning on selling, takes pictures of it and posts it on the Worn Relief instagram page.

“I’ve just been seeing girls make Instagrams where they sell [second-hand clothes] but they just pocket all the money,” Olson said. “I worked a 9-5 pizza job all summer long. I can do without the extra cash.”

Because everything is donated, Olson is able to keep the price low enough for college students to afford.

“I set a price, but it’s always adjustable, because I don’t want a price to be a reason why someone can’t buy the clothes or donate,” Olson said.

To buy clothing from Worn Relief, customers just have to direct message the Instagram account. From there, pricing will be determined, as well as shipping costs. Local buyers can pick up their orders, or Olson can deliver them. Olson also ships clothing orders to non-local buyers using 100% compostable packaging.

Worn Relief’s clothing is good quality, fashionable, and reasonably priced, according to Olson.

“I try to post clothes that I would want to buy, and I try to keep the price at what I would be willing to spend,” Olson said.

At the end of the month, Olson takes the profits and donates all of them to her chosen charity, which changes monthly. In June and July, Worn Relief raised over $1400, which was donated to UNICEF USA, specifically directed towards the Yemen crisis. In August, Worn Relief raised over $1000 for the Fistula Foundation, which, through local surgical teams, covers the cost of fistula repair surgery for pregnant women in poor regions of Africa and Asia. Worn Relief was able to fund almost two of these surgeries.

“A surgery is only $538, and it’s life-changing for these women,” Olson said. “The reason why it’s so cheap is because they don’t send doctors from the States to these places, they utilize the doctors and surgeons in the area.”

In September, for Child Cancer Awareness Month, Worn Relief is donating its profits to the National Pediatric Cancer Foundation. Olson researches each organization extensively for credibility and transparency before choosing which one to donate to for that month.

Olson started Worn Relief in response to her frustrations with what she felt was performative activism that she was seeing on Instagram in June surrounding the Black Lives Matter movement.

Olson was able to combine her desire to advocate and make change with one of her favorite hobbies, thrifting.

“I love thrifting. I would say about 95% of my closet is thrifted items,” Olson said. “My mom inspires my love of clothes—she’s my inspiration for a lot of things.”

According to her parents, Olson was raised with a mindset of thinking and serving outside of her community and comfort zone. Her parents also seemed to instill an excitement for design and fashion in her.

“We wear the same shoe size, so we share a lot of clothes,” Olson’s mother, Tania Olson said. “I just hope none of my clothes end up on Worn Relief without my permission.”

According to Olson, her youth pastor Brad Hauge was also a major influence on developing her service-oriented nature.

“I wasn’t surprised to see Maddie [selling clothes on Instagram], doing something that her peers are all aware of and that feels relevant, but also tweaking it to do it in a way that serves the world for good,” Hauge said. “The name of our youth group is ‘Praxis.’ It's a theological word that basically means to take what you believe and do something with it. Maddie was always jumping right into that.”

“Worn Relief has brought a lot of energy to my life,” said Olson. “It’s been such a good couple of months, even through the craziness. This is definitely one of my passions, and the fact that other people are really enjoying it and getting something out of it too is super fun. I’m very blessed, to say the least.”

To contribute to Worn Relief, you can follow the Instagram account @wornrelief. Worn Relief’s next pop-up sale will be on Sept. 25 from 4 p.m. to 8 p.m. at 6727 N. Van Houten Ave in Portland. Worn Relief is also always accepting clothing and monetary donations.

“If it wasn’t for the people who have donated money and clothes, or bought clothes, this wouldn’t be happening,” Olson said. 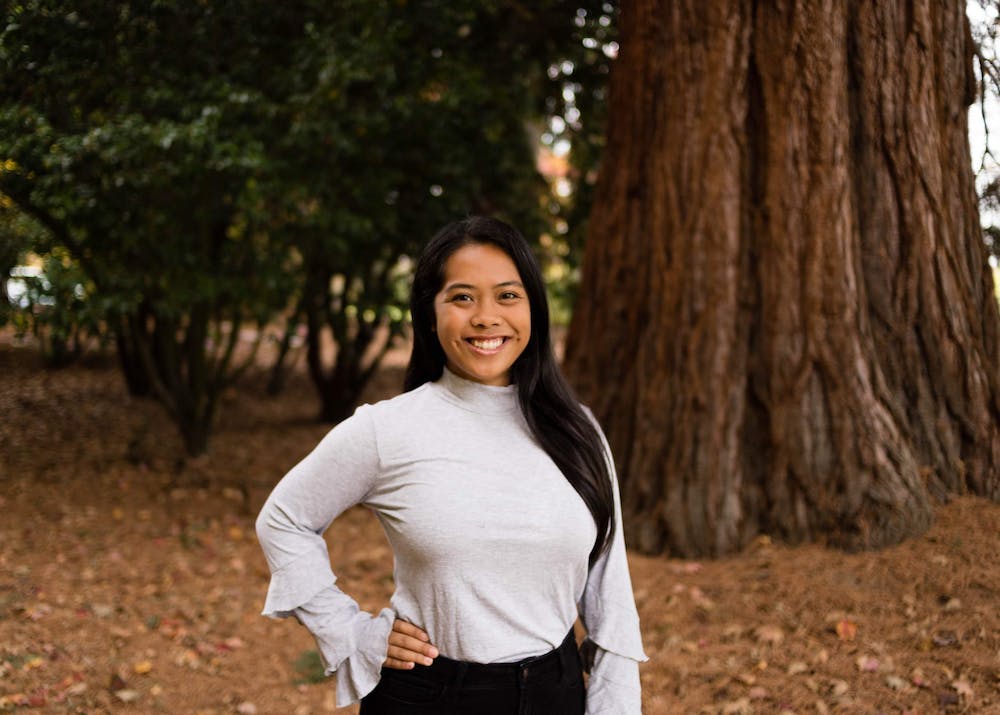 STAFF OPINION: Is there any room for fast fashion in sustainability? 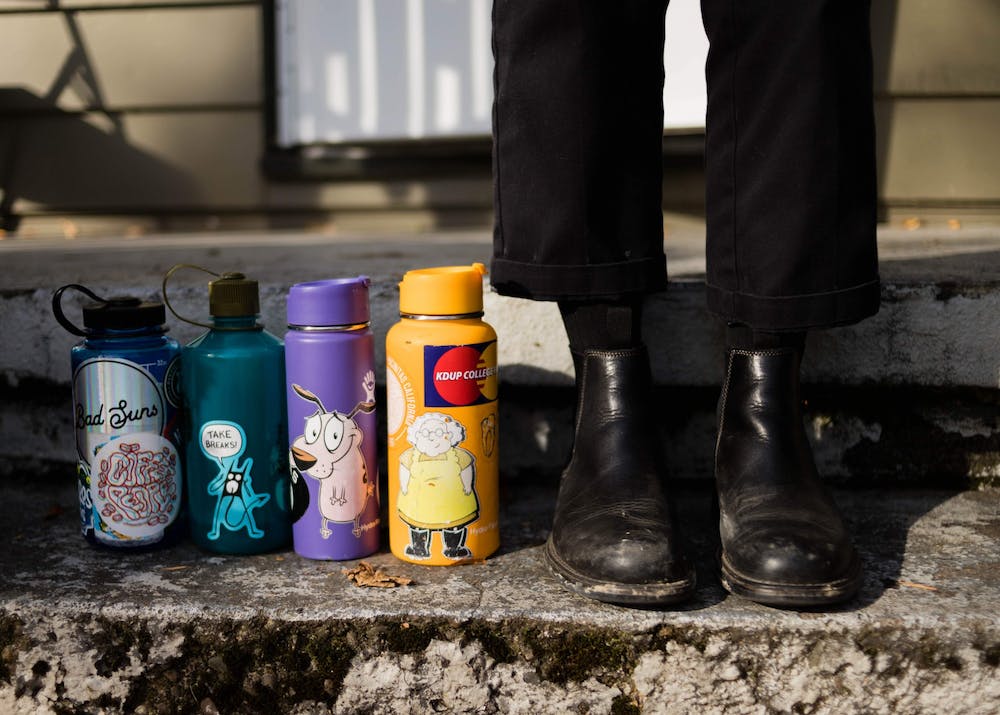 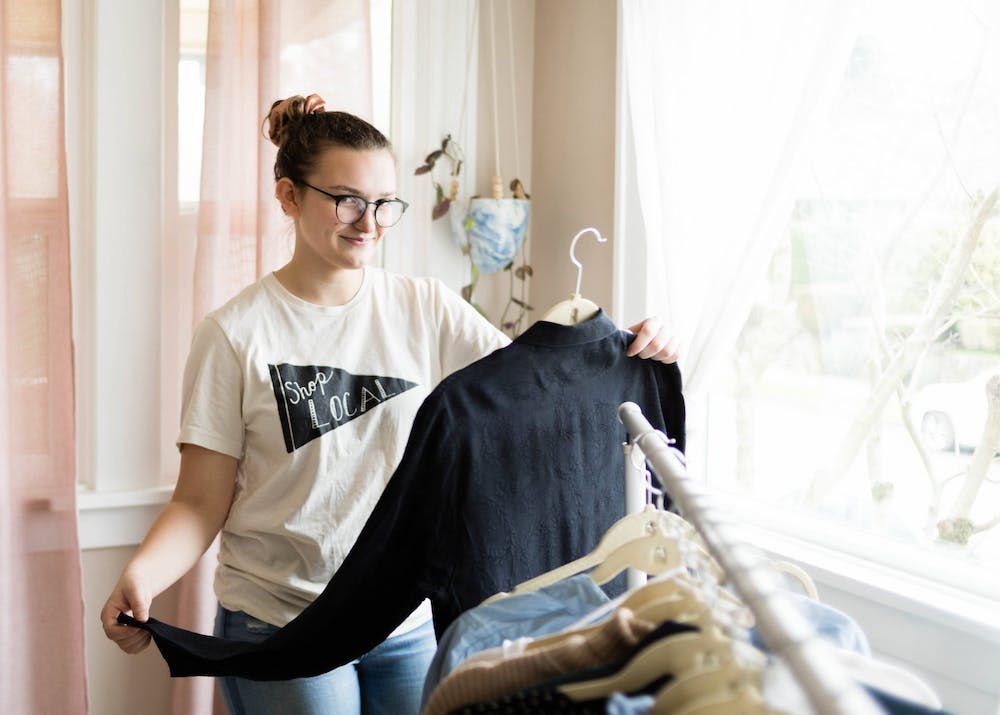