COVID-19 testing available at UP; information not so much

The Health and Counseling Center is offering free COVID-19 testing for UP students in Oregon. Photo illustration courtesy of Adobe Images.

COVID-19 testing is available to all UP students living in Oregon—even those without symptoms—at the Health and Counseling Center Mondays through Fridays, despite recent furloughs that cut pay and reduced hours of key staff.

To make an appointment, students should email the HCC to set up a telemedicine meeting. After talking to a staff member over the phone, students can schedule a test at the HCC building on campus. According to Carol Dell’Oliver, director of the Health and Counseling Center, students’ health insurance covers the cost of COVID-19 tests, under the CARES Act.

“If we see that the student does meet criteria to get tested, we’re getting them in usually in the afternoon,” Associate Director for Primary Care Services Courtney Rau said. “So we do our telemedicine appointments in the morning, and we bring them in in the afternoon. Asymptomatic screening may take a little bit longer because the students who are symptomatic or have a confirmed exposure, they are going to take priority.”

If a student is asymptomatic, the appointment will only consist of a quick nose swab test. If the student is showing symptoms, the staff member will perform a more thorough examination, including monitoring their breathing and checking other symptoms.

Tests are sent to Quest Diagnostics, and results usually come back within two or three days. So far, testing rates have been low, with fewer than 20 tests administered in the first three weeks of the semester, according to Rau.

The majority of tests so far have been for nursing majors, who are required to get tested to visit their clinical sites. While there are more than 200 students living on campus and approximately 1000 living nearby in the neighborhood, the only other UP students required to get tested are athletes, who have a separate testing provider and protocol.

“We’re doing more asymptomatic testing based on NCAA rules,” Vice President for Athletics Scott Leykam said. “We’re doing the same swab testing as the HCC, and we required all athletes to be baseline tested in June.”

The Athletics department has been following NCAA guidelines for resuming play, including surveillance testing. This involves a percentage of each roster and staff getting tested each week, and the frequency of testing will increase if full practices and competition resume later this fall.

In contrast, non-athletes living in residence halls were not required to be tested for COVID-19 before moving in, and there are no plans to require testing if a student has no symptoms, according to Director of Residence Life Andrew Weingarten.

“This would be considered asymptomatic baseline testing, which is not advised by the Oregon Health Authority,” Weingarten said.

The University is urging students to use the Campus Clear app every day to self-monitor; the app surveys students about possible symptoms.

“We've had a lot of students who have used the app and it’s instructed them to call us, and they give us a call and we get them evaluated that same day,” Rau said. “It’s best to do it first thing in the morning so we can get them in on that day and get them tested.”

Some studies suggest that up to 40% of those who contract COVID-19 are asymptomatic or presymptomatic, which might lead students to a false sense of security while using the app.

Because so few students have been tested for COVID-19 through UP, it is difficult to estimate how many students on and near campus might be infected. The Beacon has also struggled to get clear information from the University. Some UP officials would answer reporter questions only through email.

According to Weingarten, there have been no positive results of anyone living on UP’s campus.

“We have not become aware of any COVID-19 cases in the dorms,” Weingarten said in an email to The Beacon.

However, Vice President for Marketing and Communications Michael Lewellen, who declined an interview request from The Beacon, indicated that the numbers were not that simple.

“So far, our need to engage with any suspected cases among the small group currently on campus has been in the low single-digits,” Lewellen said in an email. “There are currently no active COVID-19 cases on campus.”

According to Rau, UP is not tracking off-campus COVID-19 cases largely due to the fact that students are not required to report tests to the HCC or University.

The New York Times does warn that the data in its survey should not be used to compare schools because the methodology used to track COVID-19 cases varies among institutions and some are more transparent than others.

“With no national tracking system, colleges are making their own rules for how to tally infections,” the article says.

Two professors from the Yale School of Medicine noticed flaws on some of the COVID-19 dashboards that many colleges and universities are posting on their own websites. Their Rate Covid Dashboards project grades the quality and frequency of data. Among the highest ranked dashboards are those from Tulane, Yale and Harvard. Lowest ranked include University of Rochester, UC Santa Cruz and Louisiana State University. Institutions without a COVID-19 dashboard get an “F”.

UP is making plans for a dashboard, according to Lewellen.

“As our campus becomes reactivated with more students, faculty and staff in the future, we will post a tracking dashboard online that will be updated weekly with data about testing, confirmed cases and any active quarantines,” he said in an email.

UP does have a quarantine plan in place. If a student on campus tests positive, they should immediately call the HCC and they will be placed in an isolated room away from other students. Services such as delivered meals can be made available by contacting their hall director.

In the event of an outbreak on campus, the Multnomah County Health Department would reach out to individuals and use its own contact tracing system. The HCC would likely perform limited contact tracing by reaching out to students who test positive and finding out which other students they have been in contact with, and advising those students to get tested.

“We’re following the county’s recommendations,” Rau said. “They have asked that universities not use their own contact tracers. We likely wouldn’t contact anyone who isn’t a student. We would leave that to the county. They just have better resources than we do.”

Although the Health and Counseling Center has limited staff, they fully encourage students to contact them for a COVID-19 screening appointment if they think they need one.

“We really want to try to get people tested as much as possible, and as many as possible,” Rau said. 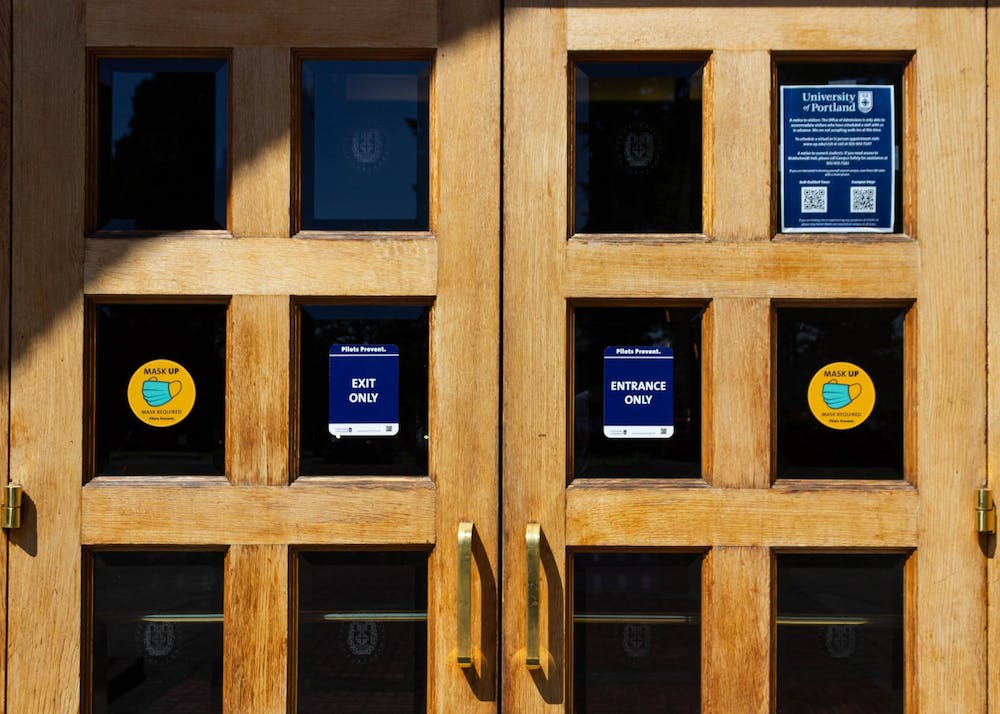 University of Portland planning for partial reopening in spring semester