The search will restart next academic year

The search for an ethnic studies faculty member came up short after three candidates were offered the job but turned it down. Photo illustration by Annika Gordon.

After offering the job to three candidates, the University of Portland has failed to hire an ethnic studies faculty member, according to an email from Dean of the College of Arts and Sciences Herbert Medina.

“The reasons given for the declinations were not because of salary nor because of any other perceived negative aspect about CAS or UP,” Medina said. “For all three, the reasons for declining the position had to do with them not being willing (for various personal and professional reasons) to leave their current institution.”

Medina will be redoing the search next academic year, and still believes having an ethnic studies major and minor is important for students to have access to at UP.

According to Medina and co-chair of the search committee, Assistant Dean Laura McLary, the search committee chose applicants who were accomplished scholars, evidence of being an excellent teacher in the classroom, connected with students, had a commitment to diversity, equity and inclusion, and also presented themselves as candidates whose values would intertwine well with UP’s mission.

The committee looked for candidates who would be willing to build and grow the potential new area of study at UP. They searched for applicants with experience in ethnic studies departments and who could also be a bit entrepreneurial in nature.

The committee initially pooled close to 40 applicants all over the nation, and through many skype interviews, narrowed it down to 15 and from there, narrowed it down even further to the four final candidates who they brought to campus.

There were panels for students and faculty to attend to ask the candidates questions, see how they would fit in on the campus and review their teaching styles.

“I'm committed to starting the major and minor in ethnic studies within a two to three year period, and I think there continues to be a lot of really good energy from faculty, staff and students for the initiative.” Medina said.

While the search was ongoing, the committee reached out to the admissions office, the Moreau Center, and Diversity and Inclusion offices, as well as stakeholders at UP, to ensure that everyone had a chance to be involved in terms of finding someone who would be a good fit for campus.

“We just like to get a really good candidate who would like to come here and transform the university in a way so that it really achieves its potential in terms of diversity and inclusion, increasing diversity programming, and meeting the needs of students in that regard,” co-chair of the search committee and Professor of Philosophy Alex Santana said.

McLary and Santana were particularly excited to see how involved students and other departments and offices of UP were during the search.

“I have never been on a search committee where the committee worked as hard as we did to get students involved in the decision making,” Santana said.

The committee's goal was to get as broad representation as possible within the students that got involved, as well as target students that would be the most interested. The search committee wanted students to have an opportunity to see that their voice matters, especially when it could affect them in the long run while attending UP.

“We absolutely need the student input on our choice and (it) was a really critical piece of bringing our candidates to campus –– it was for (students) to have an opportunity to meet in person and have their own meeting with the candidates,” McLary said.

Freshman nursing major, Jovanna Garcia, expressed her interest in next year's search because she also feels that it is an important subject to learn more about, especially coming from a Hispanic, specifically Mexican American, background herself.

“There is a great divide between cultures in the schooling system that some do not want to understand nor acknowledge,” Garcia said.

Within her sociology class, they have touched on the subject many times, and she has always been a strong advocate for why these classes are essential and contribute to being a well-rounded student and person as a whole.

Garcia had been a TA for an ethnic studies class her senior year in high school, and after learning more about the history surrounding different cultures within America, she believes the class has majorly impacted her life.

As for next year's agenda, Medina, McLary and Santana don’t want to change too many things from the past search because they felt like they did a thorough job when going through candidates.

“I think the plan is to go ahead and submit the job ad earlier than we did this past year, but the idea would be to continue with a similar approach,” McLary said.

McLary is even more hopeful for next year's search and wants more students to get involved.

“So, maybe there’s a little bit of a silver lining, right. I mean those who maybe weren’t as aware of what was going on at the time, can participate this time around,” McLary said.

Brie Haro is a reporter for The Beacon and can be reached at haro23@up.edu 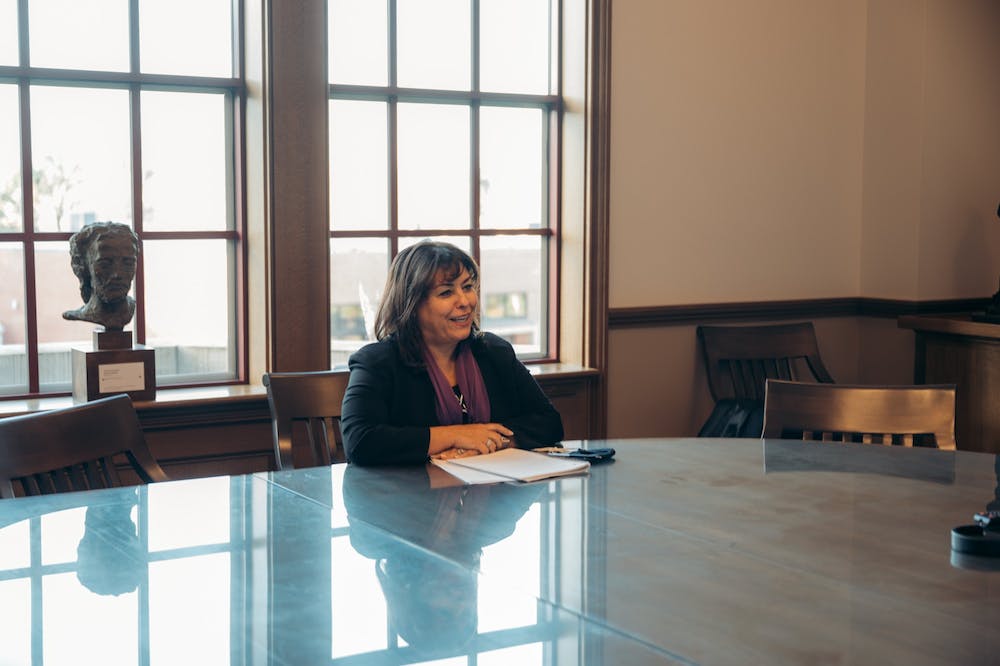