By Kyle Garcia | April 1, 2020 8:21pm
Chase Adams has been able to rely on his faith through hard times.
Media Credit: Molly Lowney / The Beacon

Update: Chase's grandmother, Juanita, died on Friday due to complications from coronavirus. She was 82.

It was early last week when Chase Adams and his family noticed something was wrong with his grandma, Juanita. She’s diabetic and her blood sugar levels had dropped to a dangerously low point, so Adams’ parents called 911. They helped her get blood sugar back to normal and then left.

But she wasn’t improving despite her blood sugar returning to normal levels. She experienced breathing problems and was feverish, all symptoms of COVID-19. The Adams’ family rushed her to the hospital where she would be held in the hospital for 48 hours so she could get tested.

On Friday, the Adams’ family got the call that their 82-year-old grandmother had tested positive for the virus. She’s now in the ICU on a ventilator.

The freshman guard for the University of Portland’s basketball team and his family currently are in self-quarantine like millions of other Americans to stop the spread of the coronavirus. As they stay inside their home in Chicago, the five family members unable to go outside, Chase is trying to do his part to keep his family close and hold on to their faith during tumultuous times.

But on Sunday, everything escalated. Chase’s mother, Lakeisha, woke him up around 9:30 a.m. to tell him that his grandmother’s health was improving. He went back to sleep, feeling relieved. But then he woke up anxious when he heard his mom get another call and his intuition told him that he had to go upstairs. He went upstairs to find his mom screaming, “My daddy’s gone! My daddy’s gone!”

Chase’s grandfather, Ralph Walker, died on Sunday of a suspected heart attack. He was 77.

“I just felt the need to just step up as the glue of the family,” Chase said. “Just trying to be that perfect son, perfect big brother, perfect cousin that I can be.”

Even though the circumstances were less than ideal, Chase was happy to be able to go back home to his family, family being something that he has always valued highly.

“I’ve been a family person for the majority of my life because my brother passed away when I was a little younger, like a freshman in high school,” Chase said. “After that, I just took it very seriously when it came to being around my family and making time for my family and sacrifices for them.”

When he first returned home, there were six people living in the Adams’ family home in Chicago: Chase, his mom Lakeisha, his dad Tony, his sister Kerrington, his cousin Vicpatrick Harris, his elderly uncle Odester Brooks and his grandmother Juanita. He developed a routine. He wakes up, grabs whatever breakfast his mom has cooked, works out with his cousin, followed by movies, sleep and whatever else it is college kids can do during this quarantine.

Keeping that routine was important for Chase. The freshman started all but two games for the UP men’s basketball team this year and finds routine important for him as a college athlete. Having a set schedule means finding ways to fill up your day with things to do, but in quarantine that can be more difficult. Chase has taken the opportunity to be looser with it.

“You have to find a routine every day to try to get stuff done,” Chase said. “But now, there’s so much time to do anything that I’ve just been trying to stuff out of routine, just do stuff when I feel like it pretty much.”

Usually being home would mean he and his cousin would be running around from gym to gym playing basketball wherever they could. But self-quarantine means that’s no longer possible with his family being told to take the extra precaution of not going outside — not for runs or anything. There’s a cabin fever that develops from not being able to do so, but it has also brought the family closer together, even with their grandmother in the hospital.

“I’d much rather be with my family than go out or be around other people,” Chase said. “My family values are really high, so I was enjoying it until unfortunate circumstances started happening.”

The events of this past Sunday have tested the Adams’ family. As Chase’s mother screamed about her father being gone, his little sister also became distressed. Chase’s dad, Tony, who was previously isolated in his room after exhibiting a dry cough, came out to see what was happening. He was worried the news was about his mother in the hospital. When he heard Walker had died, he collapsed on the stairs as he found out the news.

“That was sudden and really, really tough because everybody’s focus was on my grandma, then that just happened,” Chase said. “She (his mom) was the one who was pretty much doing everything for everybody, so that’s on my mom’s mind and my dad … he’s worried about his mom a lot, so both of my parents’ minds are in different places.”

The same day that Walker died, the Adams’ family received a call from the hospital about Juanita, with the doctors telling them that her organs were failing and that it was unlikely that she would make it through the night. But to the Adams’ family’s surprise, she made it through and is still battling as of Tuesday.

“I know my grandma, she’s not going to go down without a fight,” Chase said. “That’s just who she is.”

But even knowing that doesn’t make this battle any easier for the Adams’ family. For Chase, the most difficult part is feeling helpless and trying to stay collected during a time where it feels like things are falling apart.

It also doesn’t help that during this time Chase is without his first coping mechanism: going to the gym to get shots up.

“I don’t have my outlet,” Chase said. “My biggest outlet is basketball and during this time I’d probably be in the gym shooting my problems away. You just got to figure out a different way to cope.”

For now, all the Adams’ family can do is follow the doctor’s orders and stay inside. Chase’s father has been quarantined to his own room after exhibiting a dry cough but has yet to show any other symptoms. The Adams’ family continues to do what everyone else is doing, washing their hands frequently, washing off groceries, and trying to stay safe during unprecedented times.

During these times, Chase emphasized the fact that the spread of COVID-19 is a legitimate worry, and it's one that needs to be taken seriously.

“This is a real thing,” Chase said. “I know there’s a lot of confusion and people don’t think that this is real. Honestly, we were definitely on the fence with you know how serious this could get but it’s definitely real, definitely something people should be taking more seriously. Just stay at home.”

Still faithful through it all. Nothing I can’t handle.

Chase and his family continue to find strength through prayer. As a spiritual family, they have faith that the problems that they’re going through right now will get better.

“We’re a spiritual family so all of our strength comes from above,” Chase said. “We are understanding that these are our worldly problems that we are experiencing and that it gets better for sure.”

“It’s funny, we just read an Ecclesiastes verse,” Chase added. “It says in the verse that, ‘everything that happens under the sun is meaningless,’ under the sun meaning being on Earth. Knowing that life after Earth in Heaven above is going to be crazy compared to what we went through on Earth, that’s our strength. God, just trust in Him. His plan is bigger than what we’re battling right now.” 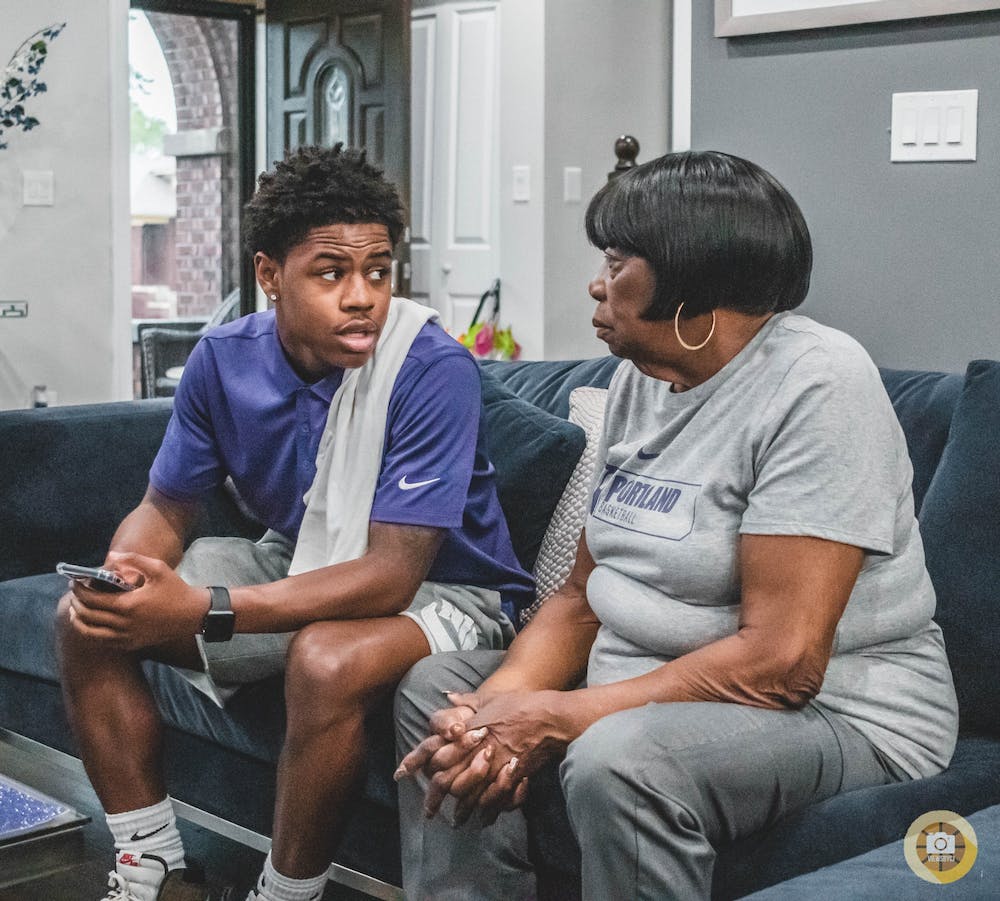 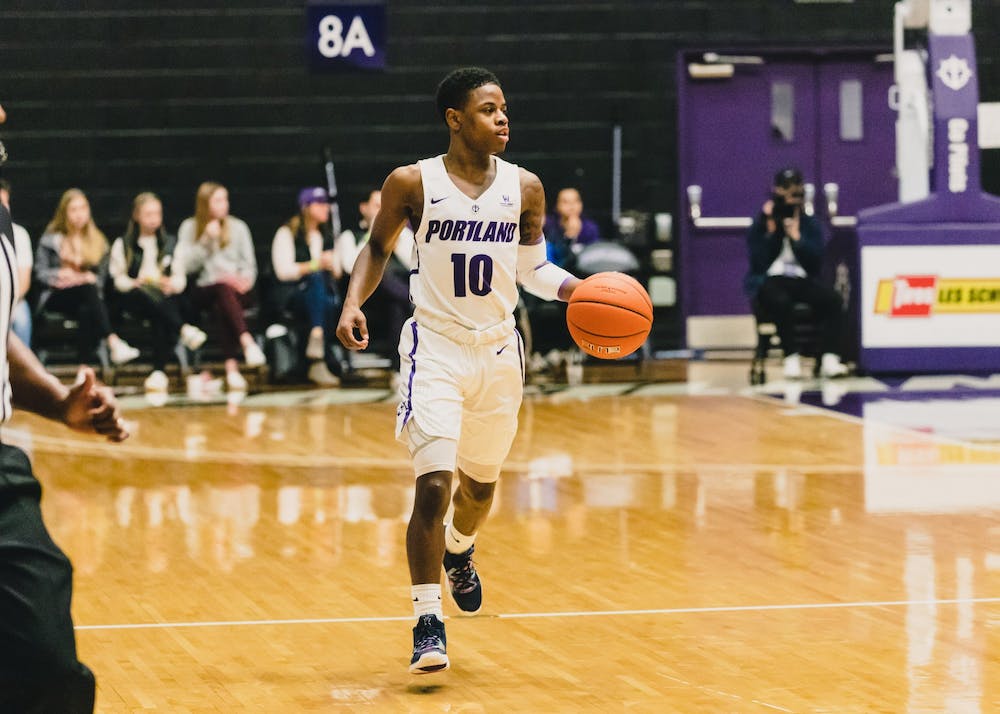