Elena Kaoni described the ebb and flow of Taekwondo as a "dance".

Not every class is destined be your favorite. Some may bore you, some may frustrate you and some will make you nearly wish you were watching paint dry instead. But college allows for students to take classes that might end up being meaningful to them.

Ask any college student and they will usually list off several classes they’re still thinking about, whether they were relevant to their major or not. With registration right around the corner, some University of Portland students share classes that changed their lives.

Junior Ryan Thoms said he ended up as a political science major because he has a lot of opinions. At UP, he has immersed himself in mock trial, student government and plenty of political theory courses. But the class that has impacted him the most in college was an elective he signed up for with a friend, Perspectives on Human Sexuality (PSY-356).

“It’s basically an advanced sex education, and it’s gone into topics my teachers failed to tell me about in middle and high school,” Thoms said. “It’s also opened my eyes to a lot of damaging ideas I was taught when I was younger and how to change my way of thinking about those topics.”

Thoms suggested that all students take Perspectives on Human Sexuality because it gave him knowledge he can use everyday and the tools to talk about it.

“I think students would be surprised how little you know about your own body and other people’s bodies,” Thoms said. “I definitely was. While I might not be doing political philosophy after I graduate from college, I will be in this body for the rest of my life and I’m glad I understand more about myself now.”

Sophomore Elena Kaoni was looking to find an easy, one credit elective to fill a hole in her schedule. But this semester, she’s taking on Taekwondo and Hapkido (HPE-120), not quite the easy task she thought it would be.

As an environmental ethics and policy major, Kaoni never envisioned herself taking a martial arts class in college. She said that she had a lot of nerves going into the class, but soon fell into the natural rhythm of the moves she describes as a dance.

“I was nervous that everyone would be watching me mess up,” Kaoni said. “But when you’re there, you’re so focused on the way your body moves and your own thoughts that you don’t notice other people or even think about other things. I’ve never taken a class that immerses me like taekwondo does.”

Kaoni looks forward to her class every Tuesday and Thursday with martial arts instructor Brian Pike, and is disappointed when she misses it. She recommends taking Taekwondo because students learn the history and style of the ancient Korean art, gain personal safety skills and have a chance to workout.

“I find Taekwondo empowering, especially because I am a small woman,” Kaoni said. “In Taekwondo, you learn that no matter your size, you can beat anybody since it's about skill and not power. I feel more confident in my personal safety now and like kind of a bad-ass.”

Dean Estoy came to UP knowing he wanted to be a marketing major. Now in his senior year, his major hasn’t changed. Taking Innovation (BUS-364) with Jonathan Down solidified that decision.

Innovation is an interactive and collaborative class that allows students to let their creativity run wild, as well as teaching them how to market those ideas based on current trends and institutions. Estoy was not expecting the amount of interest he had in a required class.

“It’s intimidating to give your ideas to a bunch of strangers,” Estoy said. “You have your friends to tell weird and crazy thoughts to, but you may not want to say them to your classmates. Innovation was the first class where I didn’t feel uncomfortable about that, especially because you realize everyone else is having wild ideas too.”

Estoy said he never felt bored in Innovation, since their class activities ranged from meditation to discussing current events and observing innovation over time. He said he also enjoyed the independence in the class, as much of it was student chosen and student led. Especially with the new innovation major added to UP’s curriculum, he advocates for more students to take the class.

“I would encourage students to take innovation because it is always changing,” Estoy said. “I guarantee they won’t have the same class content as me because it changes so quickly with trends and I feel like it’s important to be a part of that change.”

Taylor Jacobson: The History of Rock and Roll

Junior Taylor Jacobson attributes her four major changes in her college career to being easily inspired in the classroom. She has now settled as a psychology major with a philosophy minor. But the elective class with the biggest impact was The History of Rock and Roll (MUS-411) with Don Norton.

Though Jacobson does not play any instruments herself, she is a music enthusiast. The class studies the evolution of rock since 1923, covering everything from country to surfer rock to punk rock. Norton also teaches about music theory and components of music, which Jacobson said changed how she listens to music now.

“I can’t get music theory out of my head now,” Jacobson said. “I listen to a song and can pick apart the different instruments, pitches, and rhythms going on. The history of rock and roll showed me how to listen to music more deeply.”

For her, the most important aspect of the class was how personalized it was, as students could choose what artists or genres they wanted to dive deeper into. They experimented with numerous artists, like The Talking Heads and Donna Summer.

“No joke, I listened to Smash by The Offspring for eight straight hours for my final project,” Jacobson said. “It taught me to understand everything that goes into producing a song, which was a lot more than I thought. It’s given me a whole new appreciation for music.”

Jacobson encourages any other rock melomaniacs to register for the class, but says that anyone into other genres would appreciate the class as well.

Junior Ashley Martinez, has a full load of classes to complete as a social work and Spanish double major with a gender and women’s studies minor. However, like many college students, it took Martinez a while to figure out her academic path. Taking Social Welfare Policy (SW-313) with Alice Gates left Martinez with ideas that have stayed with her long past her freshman spring semester.

“I started out as a sociology major because everyone in my family is a social worker, so I was determined to make myself unique,” Martinez said. “I ended up falling in love with social work anyway.”

Martinez stressed the importance of her professors throughout her college experience and how their passion ultimately lead her to social work.

“I was taking classes with the most amazing social work and gender and women’s studies professors as a sociology major,” Martinez said. “Seeing how much they cared about the topics they taught made me realize I found a place to channel my own passion for justice and equality.”

Martinez said the topics they discussed in class connected all the puzzle pieces of her passions and she changed her major to social work.

“It made me realize how oppressed I am in my own country as a gay woman of color,” Martinez said. “I was pretty naive to these issues happening all around me and that realization made me feel so many emotions. Social welfare policy drove me to want to do something about it with my life.”

Martinez encourages all students to take Social Welfare Policy, regardless of their major, because it gives them the tools to talk about the status of their lives, the lives of others and the policies that create those conditions. She said it also better equips students to help others and provides lenses for them to use to understand complex issues better, a useful skill for all disciplines.

Senior Harrison Kasper has a passion for people, as well as their brains. As a psychology major and neuroscience minor, he said he has fallen in love with understanding how people behave and how their social systems operate. For Kasper, taking Media and Society (CST-301) with Jennette Lovejoy was an eyeopener.

Media and Society shows students how to analyze mass media, be competent consumers, and even better their own media sources.

“Social media is so influential today, but Lovejoy showed us how it’s all one big lie,” Kasper said. “I actually went home after this class and purged my Instagram of some accounts because I realized all they did was make me feel bad about myself.”

Kasper encourages students to take this class, whether it will help them in their careers or with their own personal wellbeing. To him, it’s imperative for students to know how to have an informed online presence.

“Sometimes, media is more manipulative than it is helpful and this class has taught me how to distinguish between the two,” Kasper said. “I look at social media now and know that I am only seeing one page in a whole book. Media is so important to our personal and future professional lives, so it’s important that students are educated on this topic.”

So, as registration comes up this week, so does another semester of understanding your passions, likes, and dislikes in classes. As these students suggest, take the weird classes, the hard classes, and the ones completely outside of your major. College gives you the opportunity to explore all of these things and may lead you to something life-changing.

Catherine Cieminski is a reporter for The Beacon. She can be reached at cieminski22@up.edu. 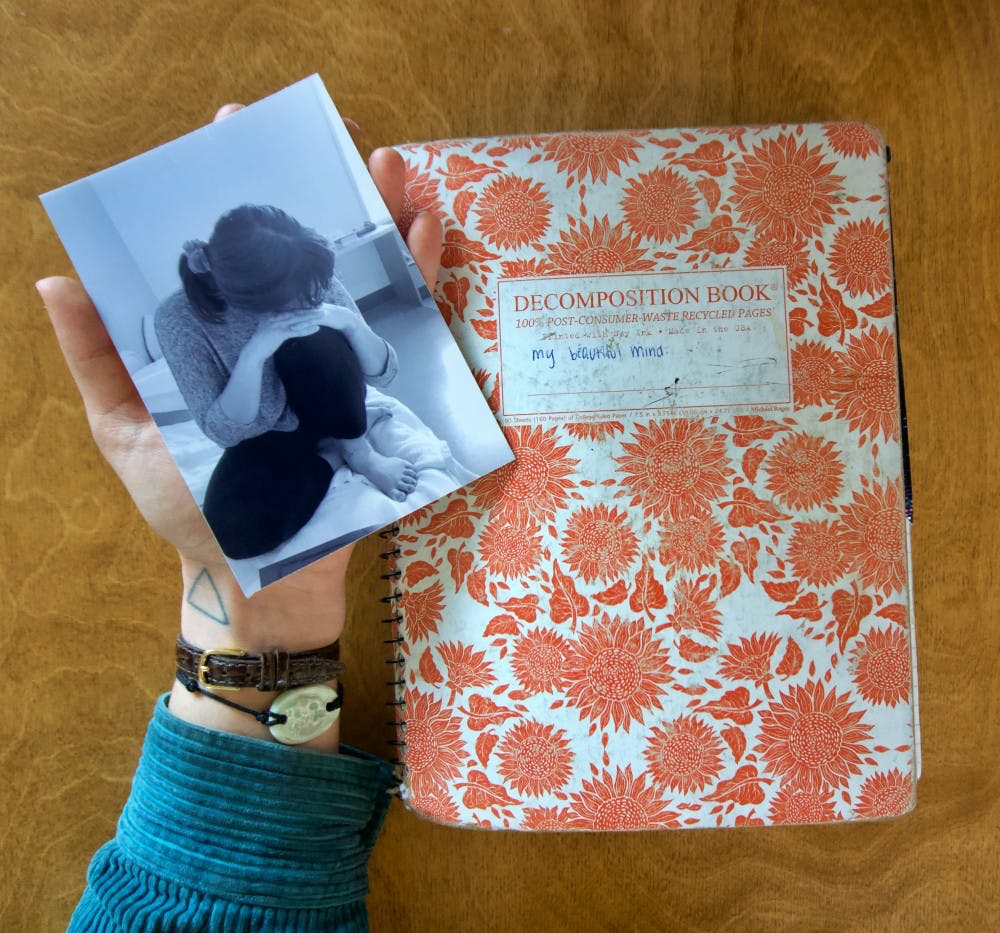 Opinion: Responding to the unexpected 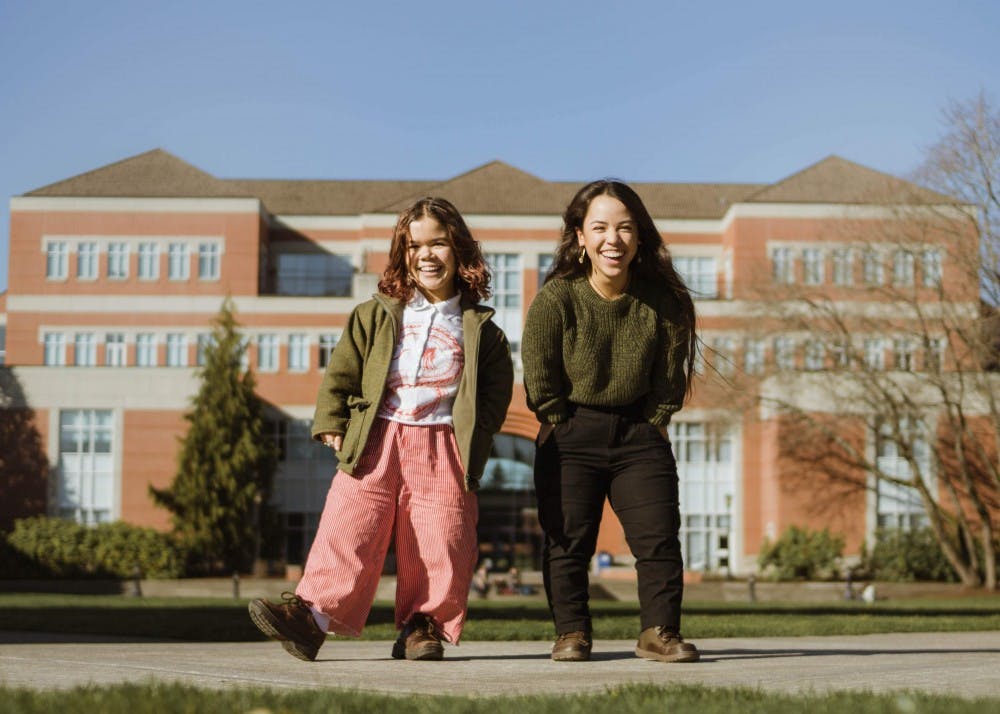 More than my stature: Navigating life with dwarfism 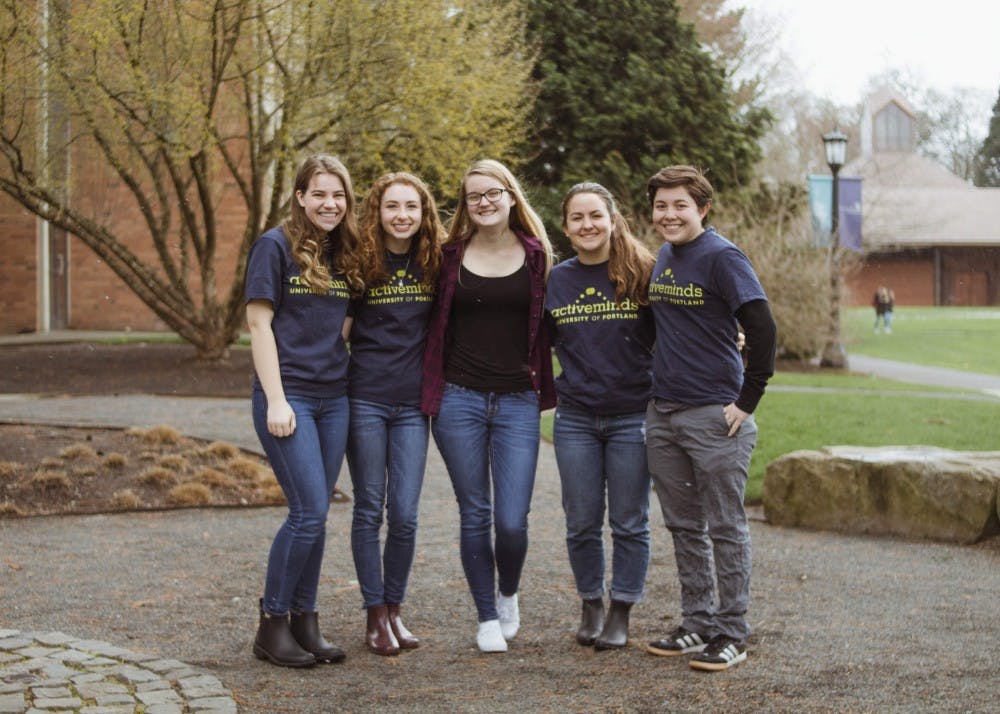