Shooting for the moon: Lillia Smith interns for NASA

Lillia Smith works the NASA booth at a Tech Showcase in Mountain View. She was part of the outreach committee for the Aeromechanics branch. Photo courtesy of Lillia Smith.

It was either the best April Fool’s prank in years or a dream come true.

But this was no joke. On April 1, 2019, junior mechanical engineering major Lillia Smith received an email from NASA telling her that she had earned her dream internship at the NASA Ames Research Center.

“It was very unreal,” Smith said. “Even after I knew my family wasn’t pranking me, it just didn’t feel real. Even at the internship, I would just turn to people and be like, ‘We are at NASA right now.’”

This past summer, Smith left her home in Texas and drove 1,897 miles to Mountain View, California, where she was placed in the aeromechanics branch in a project group with four other interns. Smith's group modified a previously existing drone, Dragonfly, to make it more capable of gathering extensive data.

Dragonfly’s mission is to go to Titan, one of Saturn’s moons, and fly around the equator to gather data. But Dragonfly is not estimated to reach Titan until 2035.

Researchers want to study Titan more because it has similar features to Earth and is suspected to be comparable to its origins. Some researchers have even raised questions about the possibility of there being life on Titan.

Smith explained that Earth and Titan both have an atmosphere of about 95% nitrogen. However, Titan differs from Earth by having a much colder temperature that averages around negative 300 degrees Fahrenheit, as well as containing more methane. On Earth methane presents as a gas, but these temperature differences mean that methane presents as a liquid on Titan, resulting in lakes and oceans of methane that have gone completely unexplored.

Smith’s group was tasked with modifying Dragonfly's model, making it able to submerge in the methane lakes and oceans as well as fly.

“We always wanted to call it ‘swim,’ but our mentor was like, ‘No, it’s subsea locomotion,’” Smith said. “But the drone would basically ‘swim’ as well as fly, and be able to look for any signs of life.”

While working in a small group, each person's role quickly became apparent. Smith’s advisor, aerospace engineer Larry Young, explained the experiences many students have finding their place in a work environment.

“Lillia naturally migrated into the chief scientist and principal investigator role,” Young said. “Her primary interests were focused on the actual science behind the project.”

Ever since Smith’s first time visiting an observatory as a kid, she was smitten with space. For a time, she didn’t know what she wanted to do for a career or even a major. However, she knew that she would be happiest if she based those choices on her passions.

Smith was inspired to pursue this internship after taking classes from professor of mechanical engineering, Christina Ivler. Smith immediately connected with Ivler because, for 13 years, Ivler worked as a research scientist at NASA. She specifically worked with helicopters for the Army, doing research on flying qualities and designing autopilots for the Army.

“It was honestly talking with Ivler about her work with NASA,” Smith said. “I thought, oh my god, I could apply for an internship at NASA.”

Ivler has just started her third year at UP and is enjoying getting to teach enthusiastic students like Smith.

“I think (Lillia) was really good at thinking about what she was passionate about,” Ivler said. “And then finding opportunities to match her passion.”

Smith knew she had the passion necessary to intern at NASA, but was at times concerned that she didn't have the experience. Most of the other interns were graduate students or at least upper class undergraduate students, having just finished their junior or senior year.

Smith, however, was just coming out of her sophomore year as an undergraduate. She hadn’t taken all of the upper division mechanical engineering classes that most of her fellow interns had completed.

“The first day was terrifying,” Smith said. “There was a lot of looking around and being like, oh my goodness, I do not belong here.”

Before her first day, Smith bought slacks and business casual clothing, expecting the internship to be very strict and serious. On her first day, she found that NASA is a huge proponent of jeans and T-shirt Friday. The experience continues to challenge her expectations and expand her worldview.

“It’s just really revamped my passion for space,” Smith said. “It makes me realize that I can make a difference in the world through what I do, and that literally anything is possible.”

Smith recalled an impactful moment during her internship when the Ames Research Center brought in a former astronaut to recount his experiences. This speech reconfirmed Smith’s childhood dream to become an astronaut.

“This summer I decided I want to become an astronaut,” said Smith. “And I just think it's nice having a goal to look forward to and something to work toward.”

Ivler expressed full confidence in Smith’s current path, saying that she has enjoyed taking on a role model position in Smith’s life, being able to support and guide Smith throughout her academic and professional career.

“I think people should know that working hard and following your passions can lead to awesome opportunities,” Ivler said. “I think as students go out and pursue their careers after graduation, it’s important not to just settle for a paycheck, but to find a job that you’re truly interested in and excited about.”

After graduation in 2021, Smith hopes to fulfill her passion by landing a job in aerospace for about three years, either at NASA or another aerospace company such as Lockheed Martin, before pursuing her dream of becoming an astronaut.

“Even when I was younger, I wanted to be an astronaut, and in elementary school, my parents would say, ‘We need to find something more realistic,” stated Smith. “So it’s crazy now saying that it’s totally a possibility, like why not? 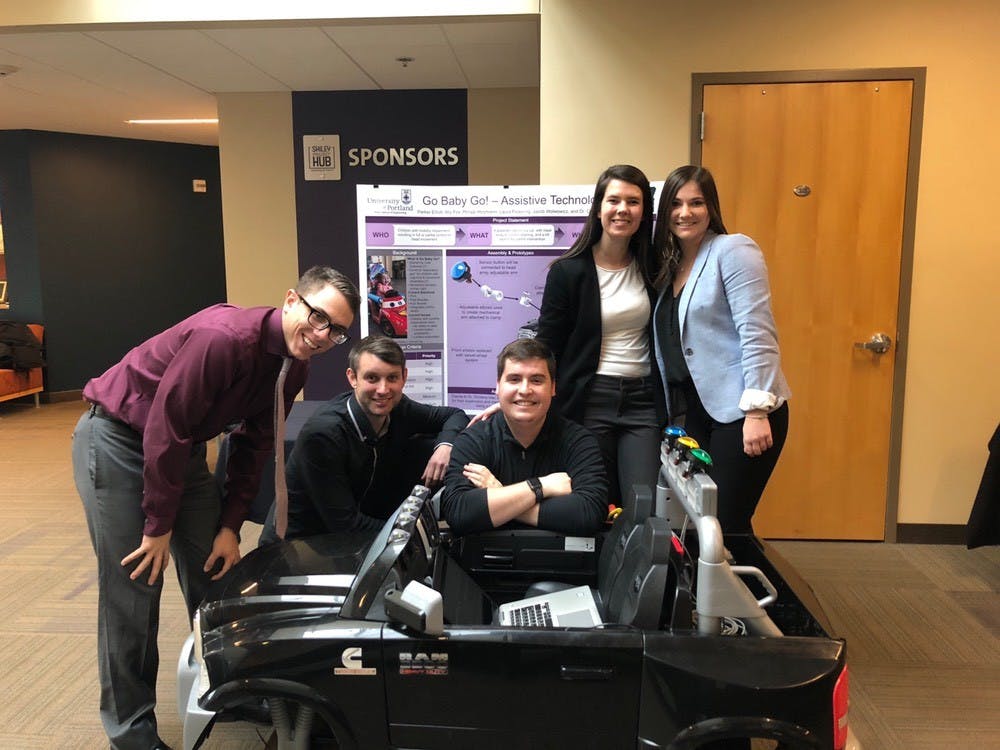