Junior Diana Salgado Huicochea was sitting in St. Mary’s student lounge a few weeks ago when she was offered the opportunity of a lifetime.

“I was walking by the DIP office when [UP's Diversity Coordinator] Yuri Hernandez Osorio said, ‘Did you see my email?’” Diana Salgado Huicochea said. “That was when she handed me my ticket right away.”

Fifteen of UP’s first-generation students were given free tickets to hear former First Lady Michelle Obama speak at the Moda Center for “Becoming: An Intimate Conversation with Michelle Obama” on March 19.

This year, the Common Application— which is a college application used by many colleges and universities — partnered with Michelle Obama’s Reach Higher campaign. Because UP is a Common Application school, Michelle Obama’s office granted 15 free tickets to this event for UP students to enable first-generation, low-income students the opportunity to hear a powerful message from an individual whose personal story is just like theirs.

Obama spoke about some of her experiences growing up and her time as FLOTUS. Her memoir “Becoming” was published in 2018 and has received widespread attention and praise. In the first week, the book sold 1.4 million copies.

Today I stopped by one of Portland's locally-owned bookstores, @BroadwayBooks, and spent time with a group of young professional women who are juggling careers, relationships, and children, and trying to find a little time for themselves too. We talked about the importance of self-care and finding a group of women to support us through all our ups and downs as we try to manage our chaotic lives. And you don't have to be here in Portland to take part in this conversation—let me know what you and your book clubs have been discussing! #IAmBecoming

“When I heard Michelle was coming to Portland a few months ago I immediately looked up tickets to see her and saw how expensive they were so I gave it some thought which turned into them selling out,” Salgado Huicochea said. “I was very disappointed that I was not going to get to see her at all. So getting the ticket offer I felt extremely lucky, grateful, and I also thought about how good God is.”

Freshman Daniel Lagunas-Perez said he was excited when Hernandez Osorio emailed him about the Obama tickets. He almost didn’t go because it was originally scheduled for the same night as Dance of the Decades. But he said he quickly realized he didn’t want to miss this event.

“I was like, they have Dance of the Decades every year, seeing Michelle Obama is a once in a lifetime opportunity,” Lagunas-Perez said.

Obama canceled her talk that night due to the snow Portland was expecting to have. Students were disappointed that she canceled, but were thrilled to hear she rescheduled for Tuesday, March 19.

The experience left students feeling empowered by Obama’s inspirational words and relatable anecdotes about growing up as a first-generation college student herself from the South Side of Chicago.

“One of the things that Michelle said that stuck with me was ‘Don't tell me who I am, I know who I am, you don't know me,’” Salgado Huicochea said. “I am not as confident as her but sometimes I do wish I could say this to people especially when they assume things because of my skin color and/or my background.”

“It was a breathtaking experience,” Lagunas-Perez said. “It doesn’t matter where you come from. She’s not some super special person — she’s the same as every one of us. I think we can all be like her.”

Assistant Director of Admissions Cassy Esparza was given these tickets for UP students from Obama’s office.

“This came as a big surprise to me, as I consider this a very special opportunity to hear from an incredibly influential woman,” Esparza said.

Once Esparza received the tickets from Michelle Obama’s office, she gave them to Hernandez Osorio and Program Manager for Special Populations and Learning Assistance Matt Daily to distribute them to some of UP’s first-generation students.

“I immediately knew that Yuri and Matt would know how to reach as many students as possible who would be interested in the opportunity,” Esparza said. 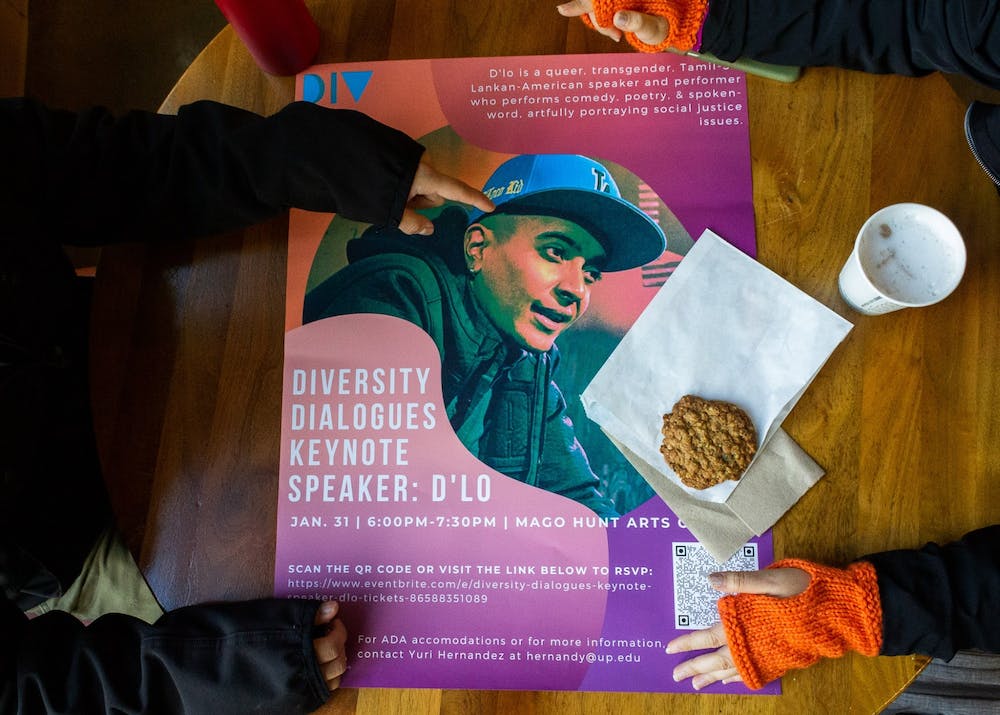