Pilots gear up for Portland Marathon

Riley Patterson was munching on a Kind bar after completing the Hillsboro Half-Marathon in January, when she realized something: she hadn’t felt challenged enough by the race. Sure, it was tough mentally, but not physically. So she made up her mind to complete a marathon.

Patterson’s Kind bar-induced epiphany spurred her to register for the Portland Marathon a few months later, and she plans to complete the race on Oct. 8, along with several other University of Portland students. 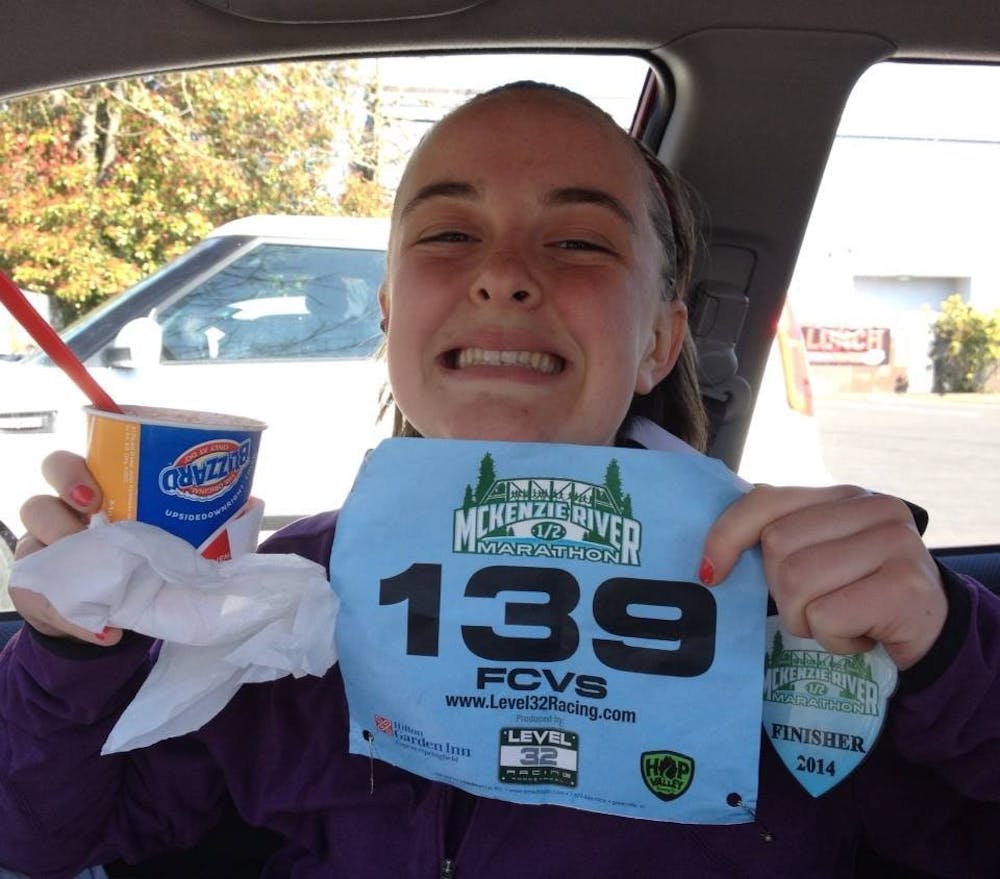 For Patterson, a junior nursing major, running offers a way to center her life. Junior biology major Nora Hendricks and junior chemistry major Astrid Schick say that running also provides them an opportunity to relax and not think about their responsibilities.

“I like to run because it makes me feel free,” Schick said. “It’s something that you can control.”

Though running itself functions as a stress reliever, the three students say they still find it challenging at times to fit training for a marathon into their college schedules.

All three have followed 16 to 18-week training plans that make them run four to eight miles a day on weekdays, a longer long run on the weekends and cross train. Many of those runs have been completed around UP — along the bluff on Willamette Blvd., through the Columbia Slough and in Forest Park.

Not all runs are created equal though. Hendricks remembers one particularly grueling 15-mile run in Seattle over the summer that caused her to tell people she wasn’t planning on running the marathon any longer. However, she changed her mind because she had told people that she was running it, and they were curious about her training.

“The thing that’s been motivating me the most is telling people I’m doing the Portland Marathon, so people will just keep asking me,” Hendricks said.

For Schick though, no run stands out as exceptionally challenging or requiring extra motivation.

“I just did them,” Schick recalls.

The prospect of not being able to finish the race has served as an incentive to train throughout the past few months, Schick said. If you don’t train, it can be dangerous to try to complete the race.

The marathon has also provided her with a reason to run more generally. Although Schick has been running since she joined her middle school cross country team in Kodiak, Alaska, she says it’s sometime difficult to find motivation to run without a goal to aim toward.

Hendricks, who has been running since she was part of her high school’s cross country and track teams in Seattle, said she looks forward to beating her 4:17 personal record from when she ran her first marathon, the Tacoma Marathon, two years ago. She also relishes the friendly, supportive atmosphere she encounters at running events.

“All the runners kind of have the same mentality, and everybody wants other people to succeed, especially with marathons,” Hendricks said. “It’s fun to just be part of the atmosphere of people cheering and everybody kind of finishing together and being able to celebrate together.” 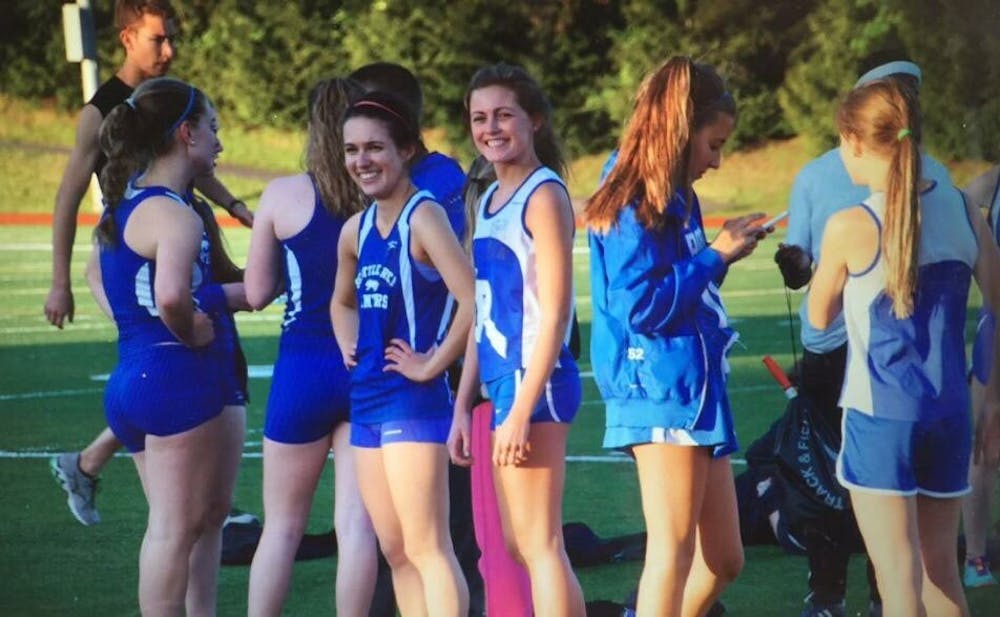 Patterson explained that she is running her first marathon on Sunday to prove to herself she can complete it. Although she’s been running since she was a sophomore in high school, she says one of the biggest obstacles in her training was convincing herself that she could, should and would complete the race.

“I also signed up super early because I knew that if I paid money, I would have to do it,” Patterson said, laughing. Early-bird registration for the Portland Marathon costs $115.

Hendricks expresses that at certain points in her training, she was concerned about whether or not the marathon was going to be held. The event organizers struggled to secure a permit and are in the midst of a Department of Justice investigation. The nonprofit race has been under investigation since July for its relationship with two for-profit companies. It was also almost cancelled in 2016 due to failure to distribute its medical operations plan at the appropriate time.  Hendricks noted it was stressful not knowing if she would have the opportunity to compete after training for several months. However, now that the marathon should officially proceed, she’s ready to run — and also ready to indulge as soon as it’s over. 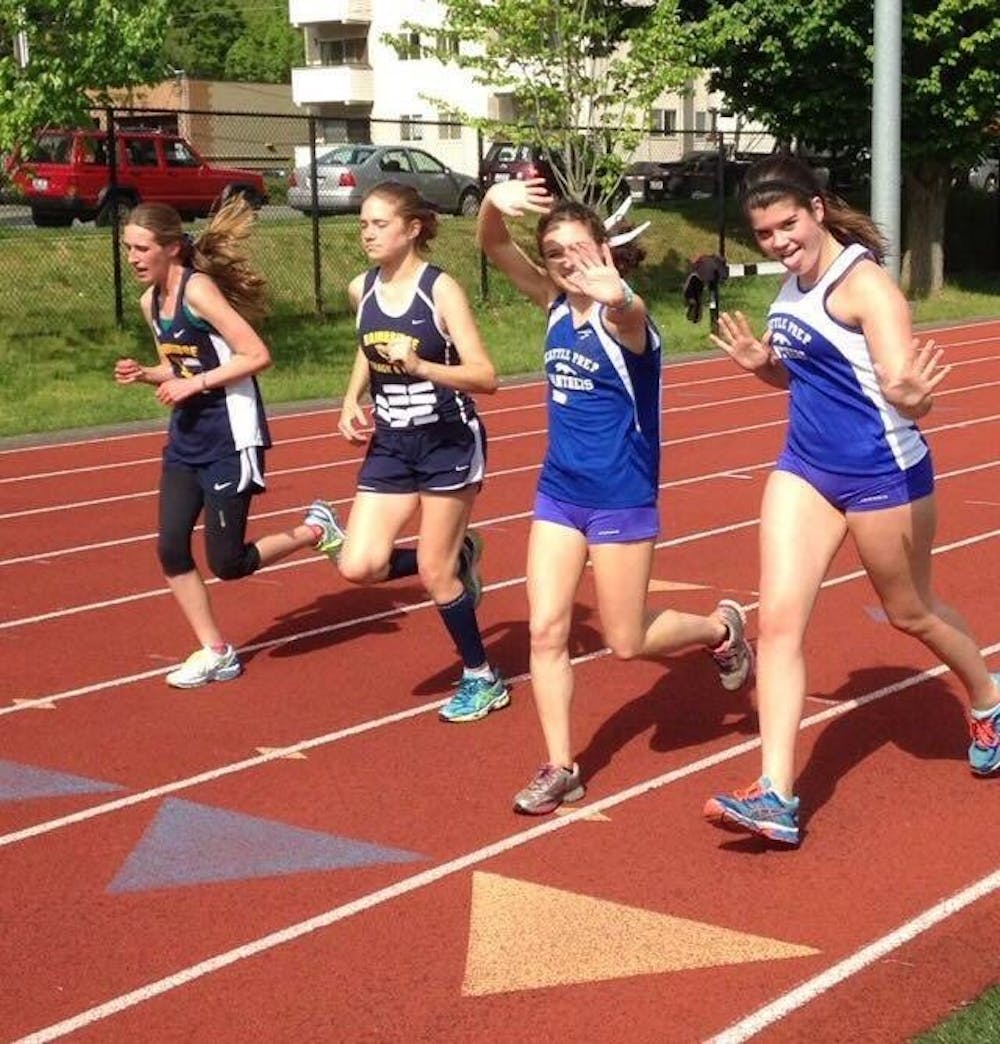 “I was thinking I was going to order Domino’s and sit on my couch all afternoon,” Hendricks said of her post-marathon plans.

Patterson says she is similarly eager to treat herself when the marathon will be done.

"I'm kind of terrified by all of the foods that I'm going to be so stoked to eat after this marathon because I've been so health-conscious for the past couple of weeks that I'm pretty sure my body is going to reject tater tots and ice cream," Patterson said.

However, she won’t have much time to think about that as she’ll be back to training for a race soon after the marathon — she says she plans to complete the Run Like Hell Half-Marathon two weeks later. 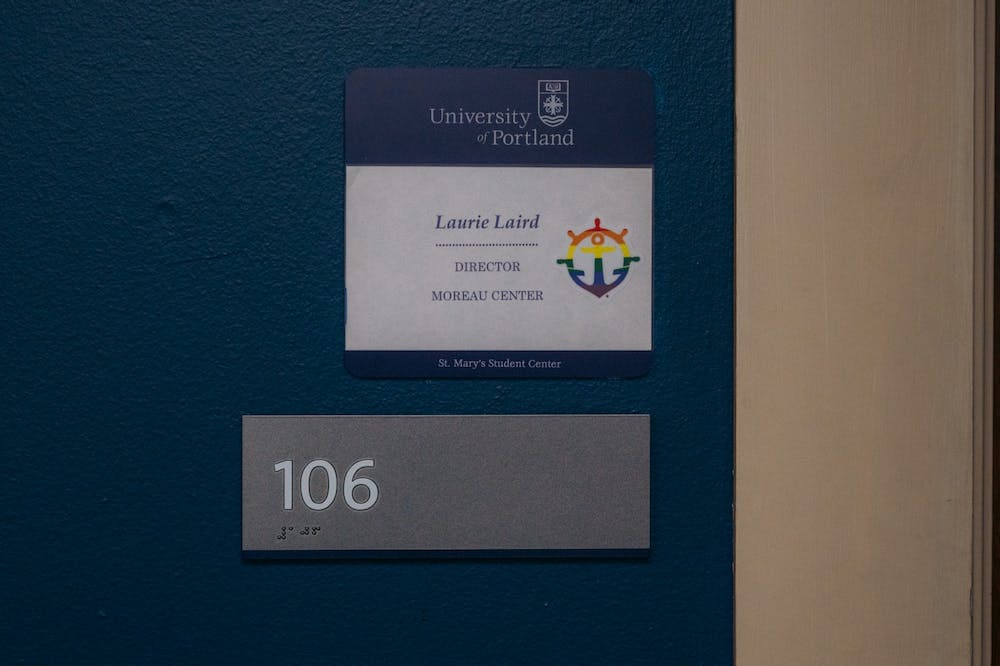 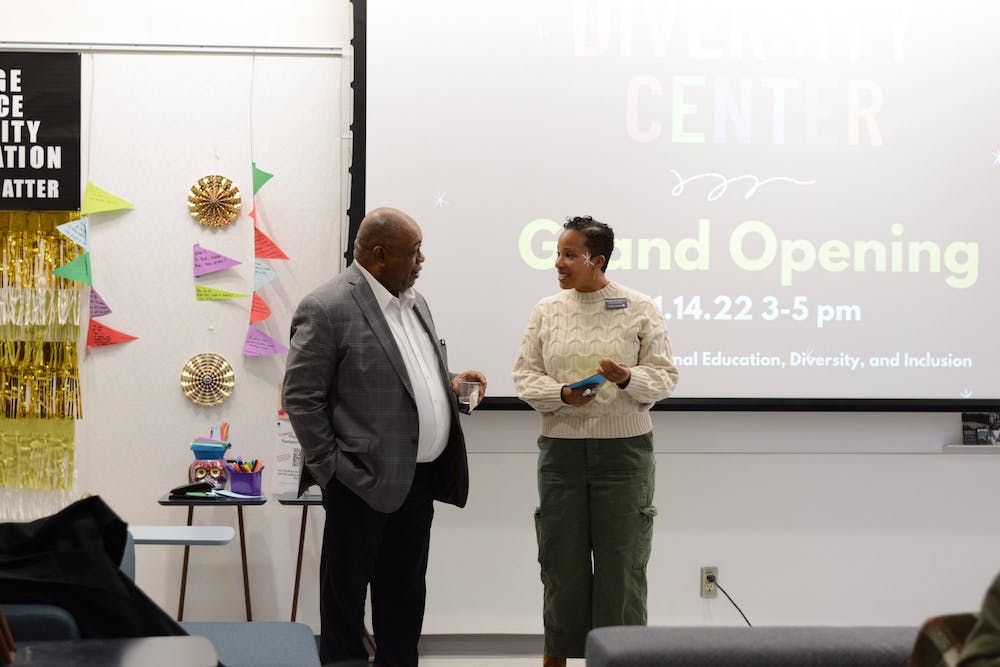