Discernment: Answering the questions of life

Vincent Nguyen, 22, is one of two Holy Cross Novices at UP for 4 weeks. He is in formation to become a priest of the Congregation of Holy Cross, a process which involves continual discernment of whether God is calling him to the priesthood. He was born in Warner Robins, GA and attended college at The University of Notre Dame, graduating with a bachelors in Economics and Philosophy.

“What do you want to be when you grow up?” I remember being asked that question when I was five. I shrugged it off, saying I wanted to do something with math, like being an engineer.

Today that question has a different answer than it did when I was a child, and I think I’m a bit further along in knowing what I’d like to be, because I have discerned the answer a bit more than my 5-year-old self.

Today, when I am asked what I want to be when I grow up, I say I want to be a priest in the Congregation of Holy Cross. I’d like to say that, with such an answer, everything is done and decided but that isn’t true.

I haven’t received a bolt of lightning, some perfect confirmation telling me that I am going to be a Holy Cross priest, and I don’t think I ever will. Right now, I am still discerning that question.

I am trying to see if God is truly calling me to be a Holy Cross priest. Discernment is always happening within my life and it is not always focused on the same question. Questions come and go, and I know there will be more questions that pop up in my future.

Throughout the way the process of discernment has changed. At first, it was a written list of pros and cons. I spent time using cold and calculated logic, written on paper to see what would be the best choice. That method moved me along, yet logic was not the best way to move through the discernment of some difficult questions.

Logic was able to answer questions about the choices which concern the concrete like what major should I be, but logic failed when it came to the question of what I want in my life.

Instead, what I had to use was “feeling.” I had to rely not on a written list born out of logic, but rather a gut feeling telling me what was right. I had to stop looking at only logic, pros, and cons. Rather, I began to look inside and see what I felt inside, what my gut was telling me about my purpose in life, where I was going to be fulfilled in life.

The gut feeling is a harder tool to use in discernment when compared to a list written on paper. Also, relying on gut feeling requires trying something out.

That is what brought me to the seminary. I could no longer make lists and be detached from that question in my life. I remain on this path because that is what my gut is telling me.

Walking on this path has been a journey full of high and low points, yet my gut feeling that this is the right path for me has only grown stronger because others have told me I am moving in the correct direction.

Feeling like I am in the right place and having others affirming my feelings are two signs that my discernment is moving me towards the place God wants me to be. 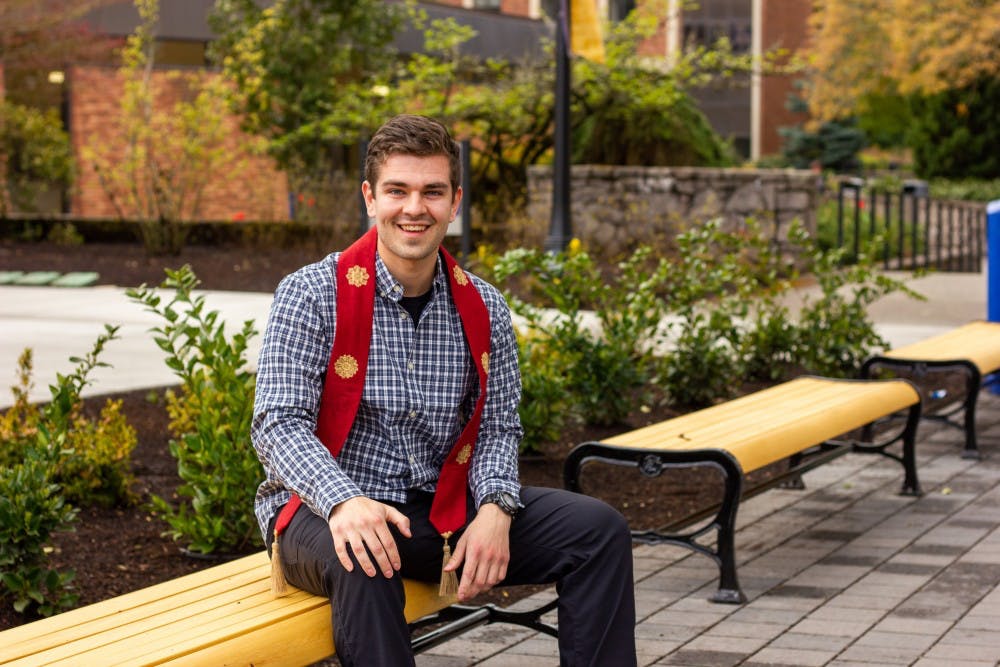 Post-Grad Plans: Tyler Tangen on his way to priesthood