Last Friday, the Board of Regents voted to add sexual orientation to the Nondiscrimination Policy, a change applauded by the students, faculty and staff who have championed an LGBTQ-inclusive policy since last spring.

Yet according to University President Fr. Bill Beauchamp, the new policy is a clarification, not a revision.

“This is basically what our policy has always been,” Beauchamp said. “This does not represent a change in policy.”

Beauchamp clarified that UP – in accordance with Catholic doctrine – objects to homosexual practices, not diversity in sexual orientation. Beauchamp was adamant that the new policy doesn’t compromise UP’s Catholic identity.

In fact, the final sentence of the new policy reads: “The University expressly reserves its rights and obligations to maintain its commitment to its Catholic identity and the doctrines of the Catholic Church.”

Although many activists campaigned to add gender identity as well as sexual orientation to the policy, it was not included because gender identity “is an issue for the Catholic Church,” Beauchamp said.

Even with the omission of gender identity, Friday’s announcement was a moment of triumph and excitement for advocates of the policy change.

“I think there are a lot of people who did not believe that we would see this happen this year,” he said. “We’re really impressed with the administration’s way of following through.”

Gadbois is one of the original members of Redefine Purple Pride, a group that urged the University to amend the Nondiscrimination Policy. The campaign used social media to demand change, including Facebook, Twitter, YouTube and Change.org, where they posted an online petition that garnered almost 2,000 signatures. Supporters included students, faculty, staff, alumni and people across the nation not affiliated with UP.

PACI’s recommendations were presented to the Board of Regents last Friday and will be published in October along with Beauchamp’s responses to them, he said.

ASUP President junior Quin Chadwick expressed pride in how the campus united to demand change, and how the administration responded.

Both Chadwick and ASUP Vice President junior Elvia Gaona plan to continue to champion the issue of inclusion throughout their term.

“People who felt they were not a part of the campus are now written in,” she said. “They can’t be made to feel they don’t belong.”

Both Randazzo and Gadbois predict the Redefine group will reunite at some point to push for the addition of gender identity to the Nondiscrimination Policy. For now, they celebrate their victory and remain hopeful of further change.

“We proved that students, faculty and staff could work together and get results,” Gadbois said. “Whether or not Redefine Purple Pride had anything to do with the pace of this change, we definitely had an impact on the culture of this campus.”

The effect of the Nondiscrimination Policy change has spread beyond students. English professor Lars Larson says it makes him “proud to be part of a community of compassion.”

“We evolve by figuring out what our priorities are and I think we have always been on the side of love and understanding,” Larson said.

“I’ve looked around for these eight years and thought, ‘There’s something not quite right on this campus,’” he said. “But I’ve been able to bury that under the busyness. When the students brought up this issue, I began to feel it more deeply. I began to see a subtle oppression. I’ve seen it in my colleagues’ eyes. I’ve seen it in my students that have been in tears in my office. That’s what made me want to help see a change.” 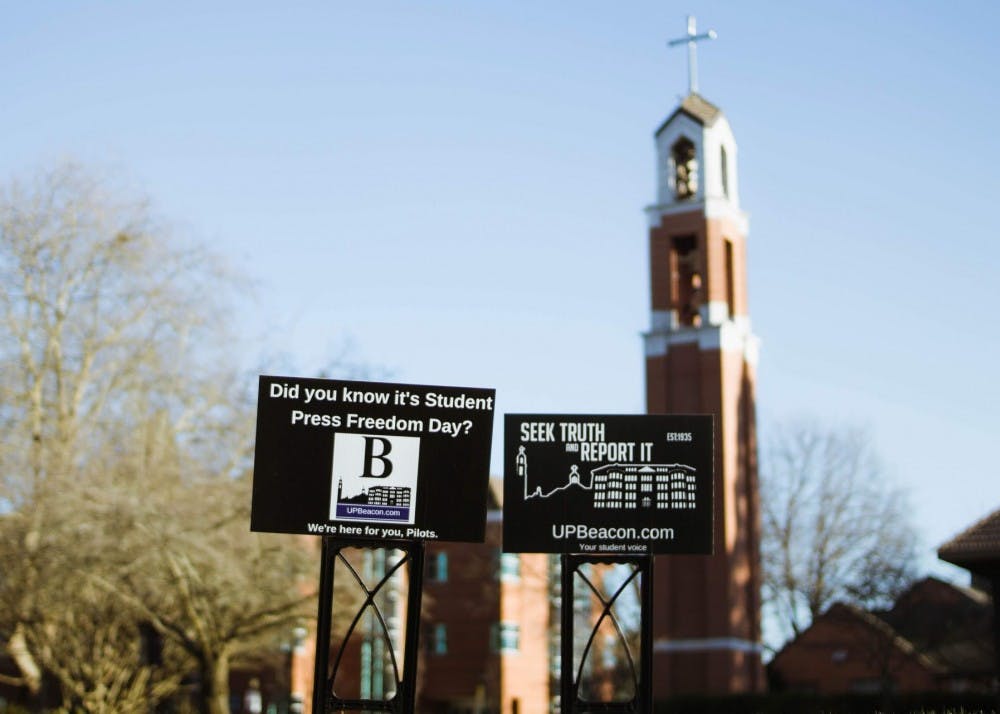