By Sydney Gannon | November 30, 2022 5:30pm
Since 2019, the Womxn of Color club has been working to provide a safe space for students of color and allies at UP.
Media Credit: Chiara Profenna / The Beacon

When associate professor Giannina Reyes-Giardiello began teaching Advanced Spanish for Heritage Speakers at UP, a class meant for students who grew up speaking Spanish, she did not realize that she would plant a seed that would grow into the Womxn of Color Club.

Her students had just read "Se Arremangó Las Mangas" by Rosaura Sánchez, which is about the difficulties people of color (POC) face in universities. They had been assigned to write about their experiences as POC in college. While reading their submissions, Reyes-Giardiello noticed that many of her students said they felt isolated, especially women. So, she came up with an idea for an in-class activity.

“I put on the blackboard some ideas of what we could do to make them feel more integrated into the community,” Reyes-Giardiello said. “One of those ideas was creating a group called Womxn of Color.”

Arisbeth Gallardo ’20 reached out to Reyes-Giardiello, wanting to make this idea a reality for the UP community which inevitably came to fruition in 2019.

Gallardo along with Ailyn Monarrez ’20 became the club's first co-presidents. And with Reyes-Giardiello's mentorship, she was deemed the advisor.

Before Gallardo and Monarrez could get WOC off its feet, the club was hit by a major roadblock: the COVID-19 pandemic. Sam Barrett ’21, who assumed the role of president after Gallardo and Monarrez graduated, was tasked with reaching out to new members online before they had much of a chance to do so in-person.

Seizing the best option they could find, WOC began to attract new members through social media. While doing an Instagram takeover for the club, then secretary and current Co-President Vanessa Gonzalez saw just how much they meant to UP students.

“I think it was really cool to see the questions they were asking and also even just some of the comments they were making about how they were grateful to have this space,” Gonzalez said. “They were really proud of us for doing this and creating the space for them.”

Now, with seniors Gonzalez and Cindy Garibay as co-presidents, WOC is getting back on its feet in-person. Having been a part of WOC since it began, Gonzalez and Garibay want to continue building the safe space for Black, Indigenous and people of color (BIPOC) that they found during their first year at UP.

“I think back to the past leaders that I had my freshman year, who were also people of color, who made it easier to talk about certain things on campus or just to vibe out,” Garibay said.

As a first-year, Gonzalez felt drawn to WOC by a sense of belonging, having spent most of her life in predominantly white spaces.

“I felt like I was actually being seen in my identity,” Gonzalez said.

The UP student body is becoming increasingly diverse, with 64% of the 2022 undergraduate population identifying as female and around 55% identifying as non-white.

The leaders WOC aim to provide a safe space for marginalized students and allies of different cultures and identities. They hope to provide students with a place to connect and learn from each other.

“I am a Hispanic woman, and this club has really challenged me to open up my eyes and my mind to other cultures outside of just my own,” treasurer of WOC Karel Farfan said.

The leaders of WOC want the club to be a place for students of all identities to come as they are. One way that they show inclusivity is by spelling ‘women’ with an ‘x’ instead of an ‘e’ in their title: Womxn of Color.

“It's our way of trying to include more than just women of color,” Gonzalez said. “We don't want it to be like you have to be presenting yourself in this certain way to be a part of this club.”

Garibay and Gonzalez encourage allies who do not identify as BIPOC to join WOC and to be mindful of others’ experiences.

“If you don't have personal experience, maybe be mindful to give other people the space to speak,” Garibay said.

Still a relatively new club, WOC is working on finding its voice and reaching more students at UP. In collaborating on events with other clubs, including the Black Student Union and the Gender and Sexulity Partnership, WOC is establishing itself as a multicultural and intersectional group on campus.

“I definitely think if we can do more collaborative events, that would be great to get the word out there that we exist,” vice president of WOC Sydney Chou said.

WOC recently collaborated with the Diversity and Inclusion Programs (DIP) on a roundtable event, in which BIPOC students met to drink boba and have a discussion on identity and their experiences at UP.

“It was cool to hear other people's stories and perspectives and I got to connect with a lot of people that I wouldn't probably connect with,” Chou said.

The leaders of WOC plan to make Roundtable a regular event in collaboration with other student groups. They are also planning a variety of their own events, from serious discussions on the experiences of historically marginalized groups in college to casual, self-care activities.

“Part of the club is also giving our members the space to talk about hard things or just hang out with each other in a space that feels like it's made for them,” Garibay said. “We're here to make you as comfortable as possible.”

Sydney Gannon is a reporter for The Beacon. They can be reached at gannon24@up.edu. 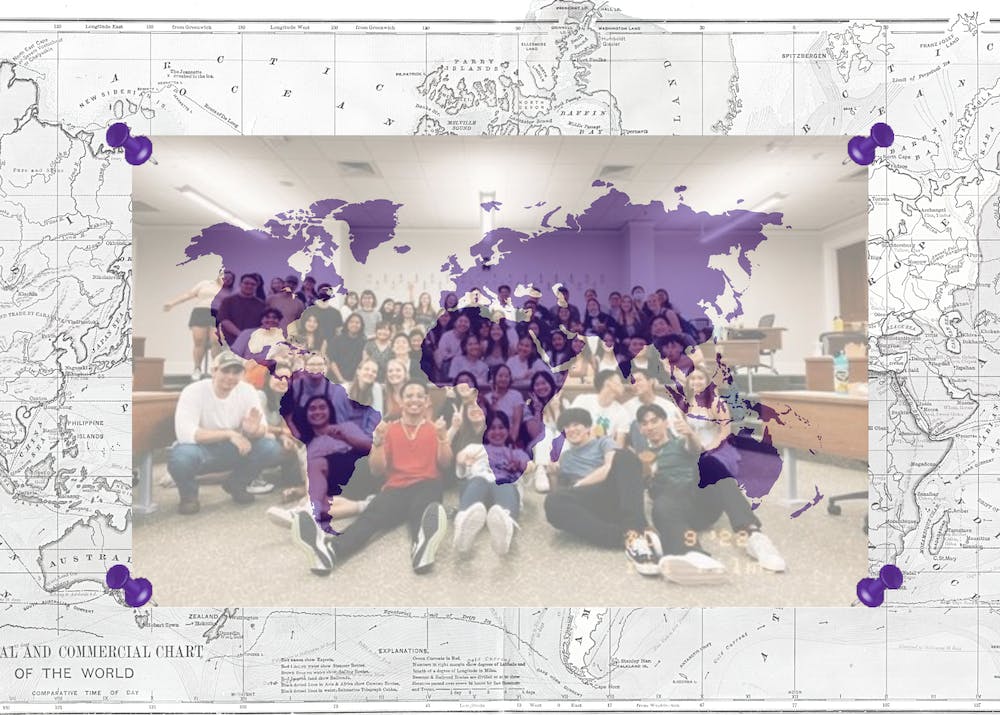 International Night is back and ready to foster community