UP makes progress on recommendations given by an outside DEIJ consultant last spring.

On Nov. 14, the Diversity Center celebrated its grand opening along with an exhibition in the inaugural Global and Grateful Gallery. It included a reception from 3-5 p.m. and remarks from Eduardo Contreras, associate provost for international education, diversity and inclusion, Robert Kelly, UP president, Maraina Montgomery, director of study abroad, and Emma Fuller, ASUP president.

The space addresses one of the recommendations made by Elizabeth Ortiz in the DEIJ Report, specifically the need for student support programs to increase retention and belonging. One of UP’s key action steps was to expand the previous Diversity Center. The center is now able to accommodate three times as many people.

After months of planning, Contreras expressed his excitement at seeing the space come into fruition and his hopes for the Diversity Center in the future.

“I hope that students will use it as their kind of home away from home on campus,” Contreras said. “That they'll make it their own, take advantage of the space, and that they'll breathe life into it.”

Kelly shared some of his thoughts on the new center and why it’s important at UP.

“We're always trying to make the campus a place that adds to the sense of belonging and the feeling of ‘this is home,’” Kelly said.

After working for years to make improvements and decrease feelings of isolation among the community, many students who worked on this project have since graduated. Many DEI issues weren’t brought to light to the rest of the UP community until Ortiz came to campus in fall 2021. From her report, the lack of supportive spaces for students became apparent.

“This is just a small token of what we believe we need to be doing to enhance the campus climate around diversity, equity, inclusion and justice,” Kelly said. “I hope that really cool conversations will happen in this room.”

Montgomery shared information on an exhibition in the Global and Grateful Gallery in Buckley Center.

“We're having our inaugural exhibition or photo exhibition,” Montgomery said. “There were so many folks in the room who contributed photos and stories. And the intention behind it was to showcase the fact that UP is a global community.”

Fuller also expressed an excitement to see the space open after observing its growth while serving on ASUP.

“During the pandemic, we had some extra funding and wanted to collaborate and give that funding somewhere that would really make an impact,” Fuller said. “We're just really excited to see it come to life. To have a place where students feel welcome and that they can hang out.” 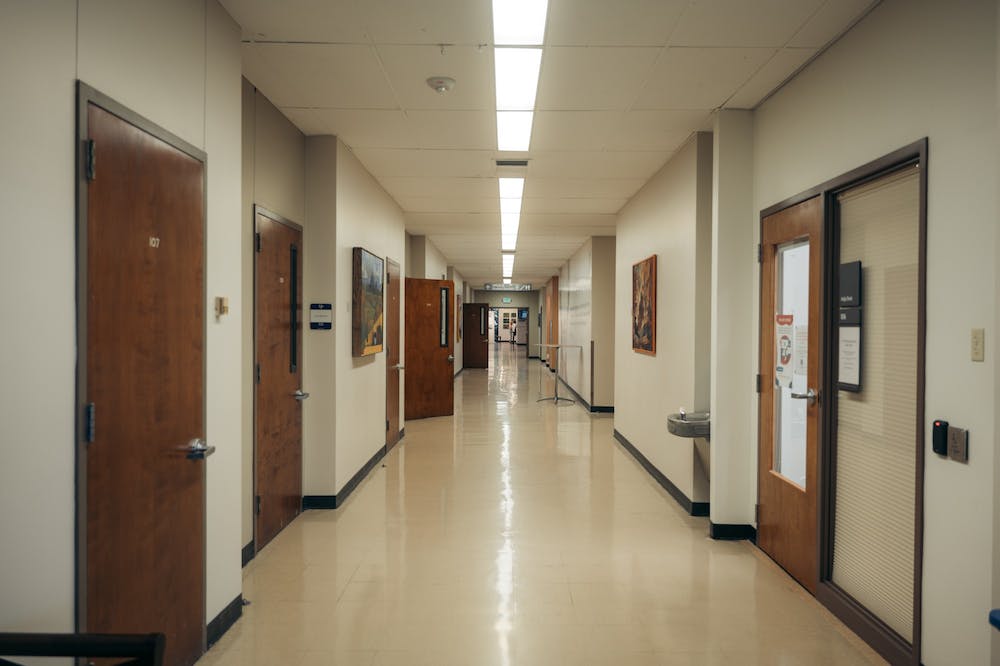