The trajectory of mask mandates is a foregone conclusion; obligatory masking policies will be phased out over the coming weeks in light of the state-wide mandate ending. However, the research behind these arbitrary, unwarranted mandates needs to be discussed, lest proponents of masking be left unchallenged as the issue fades from public consciousness. Now, why do I say these mandates are arbitrary and unwarranted? Why is it worth raising concerns over? This is a matter of truth.

Since 2008, there have been over a dozen randomized controlled trials (RCTs) conducted to determine the efficacy of three-ply hospital masks, and three-ply cloth masks in preventing the transmission of “influenza-like illnesses.” RCTs are widely regarded as the gold standard for medical research, as they limit the effects of confounding variables, and allow researchers to determine causational, rather than mere correlational, trends by using large, representative sample sizes and statistical analysis.

Almost every one of these studies found no statistically significant difference of outcome between trial groups. Though, some researchers behind these studies recommend masking, despite a lack of strong evidence proving their efficacy. I will discuss several of these studies below. The lesson to be learned from available evidence is that the efficacy of generalized mask usage in halting respiratory disease transmission is dubious, medical research is often muddy, and confident pronouncements that “masks save lives” are over-generalizations predicated on weak data.

Two studies, conducted in 2010 and 2012, tested a control group, a mask wearing group, and a combination mask-wearing plus hand-hygiene group. The mask-plus-hands groups for both studies were found to have significantly lower rates of “influenza-like illness” (ILI) than the control and mask-only groups. The 2010 study showed slightly better results for the mask-only group over the control group, though they were not statistically significant (8% to 10% infection rate). The authors state, “Masks alone did not provide a benefit,” in the conclusion of their 2012 study. However, a combination of mask-wearing and hand hygiene is recommended.

Supporters of mask mandates may point to this 2014 paper published by Barasheed et al. as evidence of the efficacy of masking. Australian pilgrims on Hajj were separated into a mask-wearing group and a non-mask-wearing group. It was found that 31% of a masking group developed ILI, as compared to 53% of the non-masking group, a statistically significant difference. These results were based on subjective self-reporting of fever, however. The authors state, “laboratory results did not show any difference between the two groups,” and call for further research.

The first study to focus on masking in relation to the transmission of COVID-19 came from Denmark in 2020 with a sample size of roughly 4,800 people. No statistically significant difference between masked and unmasked groups was found, with an infection rate of 1.8% and 2.1%, respectively. In this case, subjects were given three-ply hospital masks and wore them “predominantly as recommended.” It’s worth noting this study was derided by the CDC, despite their own early evidence for masking coming from a study focusing on two COVID-positive hairdressers. Critics of the Danish study observe it was conducted during a time of low transmission.

This French study from Canini et al. randomly selected sick individuals and their respective households during the 2008-2009 influenza season and placed them into either masking or non-masking groups. ILI was reported in 16.2% of households with masking protocols and 15.8% of households without masking protocols. The difference here is not statistically significant. It’s unclear whether “reported” implies self-reported results, which are subject to bias.

Other researchers published two studies on mask wearing in 2008 and 2009. The first found no statistically significant differences between masking groups, hand hygiene groups, and control groups. Secondary attack rate was observed to be twice as high (8%) for the masking group, as compared to the hand hygiene group (4%) or the control group (4%). In the 2009 study, the hands-only group fared slightly better than the hands-plus-masks group, though not to a statistically significant degree. Canini et al. discuss the 2009 study in their 2010 article, writing “no additional benefit was observed when facemask [use] was added to hand hygiene by comparison with hand hygiene alone.”

New York based researchers Larson et al. conducted a study of 509 households for a period of up to 19 months in 2010. A trial group using only hand sanitizer was found to have a lower rate of upper respiratory infections than that observed in a mask-plus-hands group (42% experienced symptoms compared to 61%). This is a statistically significant result and may suggest masking undermines the benefits of hygiene.

A multivariable analysis of this study found that secondary attack rates were lower for masking groups, and the authors conclude mask wearing “should be encouraged during outbreak situations.” This should be taken with caution, as this same study found lower rates of secondary attack in households where crowding was higher, with at least the same confidence level as with masking. In other words, this study shows crowding to be as good a measure for reducing disease transmission as masking, which is almost certainly not the case.

Larson et al. found the secondary attack rate of respiratory infections to be lower in the masking group than in the control group. This study by Simmerman et al., out of Bangkok, found the opposite. Secondary attack of ILIs was found to be twice as likely for the mask-plus-hand hygiene group than for the control group (18% to 9%). Indeed, results “were twofold in the opposite direction from the hypothesized protective effect.” To put it graciously, existing evidence suggests masks may serve as a hindrance rather than an aid.

Between 2009 and 2016, MacIntyre et al. conducted three RCTs focusing on mask wearing as a control on respiratory disease transmission. The first found a significant benefit to masking when combining a surgical mask-wearing group with an N95-respirator-wearing group. However, the authors state, “Our study could not determine the relative contributions of [masking]. In this study, it is only possible to talk about a statistical association between adherent mask use and reduction in the risk of ILI-infection. The causal link cannot be demonstrated because adherence was not randomized in the trial.”

This study also included an analysis of particle penetration rates for different mask types, with cloth masks transmitting 97% of particles, and surgical masks transmitting 44% of particles. The authors write, “this study is the first RCT of cloth masks, and the results caution against the use of cloth masks,” and later state, “moisture retention, reuse of cloth masks and poor filtration may result in increased risk of infection... cloth masks should not be recommended….” The most recent MacIntyre study was unable to produce statistically significant results between masked and unmasked groups. They also make a point to state the actual intent of hospital masks: to prevent contamination from surgeon to patient during an operation, not to prevent the spread of a respiratory virus.

The Washington Post cites a study from Bangladesh as proof of the efficacy of surgical masks in the reduction of disease transmission. This study did indeed show a statistically significant difference between surgical-mask-wearing groups and non-mask wearing groups, with a reduction in transmission of 11.2%. However, one should be careful interpreting this study. What may be suitable for a largely unvaccinated, low immunity population might not be appropriate for a small, highly vaccinated, and hygiene conscious population.

We live in an information-saturated world, and it is key to realize not all data are equal. Proponents of generalized mask wearing often cite observational studies that show reduced disease transmission in places where widespread masking has been adopted. Observational studies often do little to reduce bias and are subject to confounding variables. Note that most data provided by the CDC are sourced from observational studies taken from surveys with limited, and sometimes biased, participation rates.

Upon scrutiny of best available evidence, targeted interventions are the best approach for maintaining community health. Why not encourage at-risk individuals to wear respirators (N95s, KN95s, and the like), which are known to protect the user, and allow others to forego intervention?

The impetus should be on masking advocates to point to robust data that might support their argument, and at the time of writing it would seem evidence suggests mask mandates have done little to reduce SARS-CoV-2 transmission. Indeed, “trusting the science,” comes down more to parsing available evidence than credulous belief in predominant narratives.

Aidan Reilly is a fifth year student at UP. He can be reached at reilly21@up.edu. 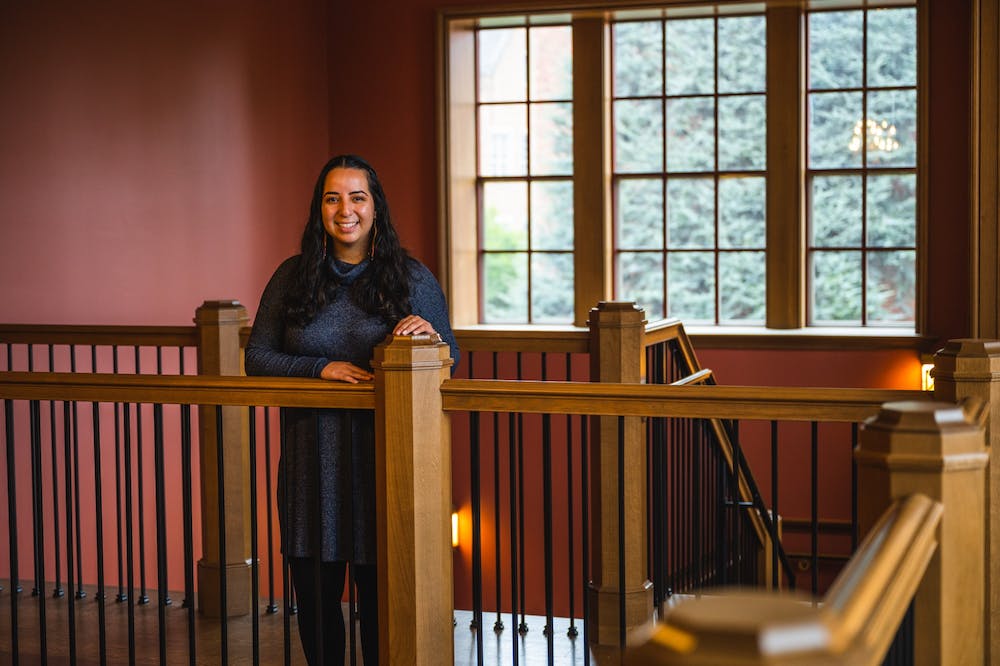 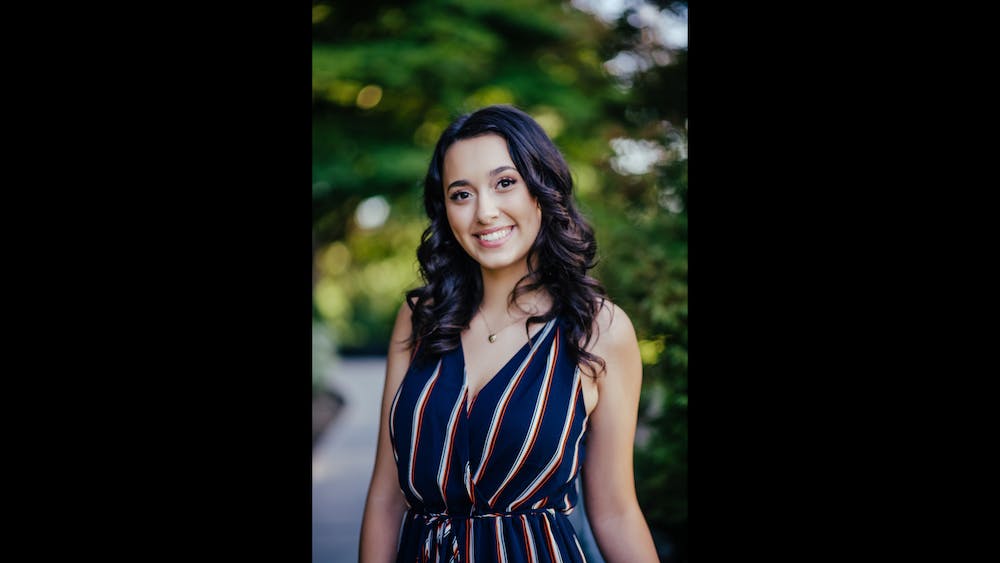 OPINION: ​​The aftermath of Sarina Saturn — Why Turning Point USA should not be a club