OPINION: ​​The aftermath of Sarina Saturn — Why Turning Point USA should not be a club

Professor Sarina Saturn's departure from University of Portland has brought on plenty of emotions for students, staff and activists. She was a strong leader in the fight for social activism, diversity and inclusive programs, spaces and support at UP.

However, right after she departed from campus, students submitted a club proposal for a chapter of the Turning Point USA at University of Portland. Turning Point USA is considered an American nonprofit organization that advocates for conservative values on college campuses. This organization was founded in 2012 by Charlie Kirk, a man who has many allegations of racial bias and illegal campaign activity.

UP should not allow Turning Point USA to become a club on campus because of the dangerous ideologies it presents, their support for violence, the support of the insurrection against the United States government, the contradictory values from the Catholic Church and the non-discrimination statement that all clubs must have.

The Instagram bio of the National Turning Point USA states, “We’re the community organizers of the right.” Some of the countless quotes on Instagram posts of this page include, “Socialism sucks,” “The case against black history month,” “I don’t fear global warming. I fear global government” and “socialism is more dangerous than COVID-19 and all the variants combined.” These are very dangerous and misleading ideologies that are present in their social media and news coverage.

One problem within Turning Point USA is that they have a Professor Watchlist. This is a directory of university professors across the United States who have been flagged by this right-wing group for promoting liberal biased viewpoints. Students are invited to "submit a tip" about professors they feel should be included in the list. This watchlist puts names and profiles of self-identified progressive professors on the internet and encourages conservative students to intimidate them, or even worse. This endangers professors’ reputations, livelihoods and relationships.

The Turning Point USA convention in December 2021 was held in Phoenix, Arizona with thousands of young conservatives in attendance with no mask mandate, making it a potential super spreader event for COVID-19. Kyle Rittenhouse was a guest speaker at this convention. Rittenhouse shot three men (killing two unarmed men: Joseph Rosenbaum and Anthony Huber) at a Black Lives Matter protest in Kenosha Wisconsin on Aug. 25, 2020. He was charged with multiple federal counts including first-degree reckless homicide with the use of a dangerous weapon, first-degree recklessly endangering safety with the use of a dangerous weapon and several others. Kyle brought an AR-15 style semi-automatic rifle to this BLM protest, claiming he was asked to protect the business and property of a car dealership. However that business testified that they did not ask anyone to come and protect their property and were appalled by Kyle’s actions.

He was praised for his actions at this convention and many right-wing activists called him a hero. They celebrated and glorified his actions of killing two innocent and unarmed Black Lives Matter protesters.

Given this information, a public poll from the PRRI (Public Religion Research Institute) showed that 30% of Republicans agree with this statement: “Because things have gotten so far off track, true American patriots may have to resort to violence in order to save our country.” This is a scary statistic that many Republicans believe that violence is acceptable in order to achieve their goals and values. TP USA has supported this kind of violence and reasoning at their conventions. Additionally, Twitter and Facebook shut down multiple accounts linked to Turning Point USA because of various misleading and inaccurate posts alleging intentionally inflated COVID numbers and that mail-in ballots lead to voter fraud in the 2020 election.

At the Turning Point USA 2021 Convention, there was also support for the insurrection against the United States government that occured on Jan. 6, 2021. At the insurrection, a mob of hundreds of supporters of Donald Trump stormed the U.S. Capitol to stop Congress from certifying Joe Biden as the new president of the United States. The event led to trauma, injury and even death.

The co-founder and executive director of Turning Point USA, Charlie Kirk, is also a part of the Arizona Stop the Steal protest alleging voter fraud in the 2020 election and was a financial and logistical supporter of the March to Save America rally that led to violent insurrection by thousands of Trump supporters. At the December 2021 convention, they celebrated the people who committed this violent insurrection that led to the deaths of several people and injured nearly 150 law enforcement officers at the capital.

In addition, Charlie Kirk (the founder of TPUSA) posted a tweet right before the insurrection stating, “This historic event will likely be one of the largest and most consequential in American history. The team of @TrumpStudents & Turning Point Action are honored to help make this happen, sending 80+ buses full of patriots to DC to fight for this president.” He then promptly deleted the tweet after the news was bombarded with the violent insurrection.

National charter and UP

All of this information about the National Turning Point USA organization is crucially important because of specific statements concerning the club recognition process. First, in any club's constitution that is affiliated with a larger organization, UP recommends that they “include an article at the end that catalogs the relationship between your club and the national charter.” Even if this Turning Point USA club at UP specifically has different goals and missions, they are still very much connected to their national charter. A question that is asked during the club recognition process is, “does the mission of the national organization support the mission of the University?” Clubs can not promote or participate in activity that is contrary to UP’s mission and Roman Catholic identity. It is clear that Turning Point USA is contrary to UP's mission and Roman Catholic identity.

As stated earlier, Turning Point USA promotes violence. According to the United States Catholic Conference of Bishops, “violence in any form – physical, sexual, psychological, or verbal is sinful: often it is a crime as well.” The support and promotion of violence by Kyle Rittenhouse and the insurrection goes against the University Catholic identity and values. In addition, Turning Point USA supports many political ideologies and causes that go against our Catholic identity and values. Some examples include that TPUSA does not support the Black Lives Matter movement while Pope Francis of the Catholic Church expresses support for the U.S. protests against racial injustice in his new book "Let Us Dream.” TPUSA is against COVID vaccinations while Pope Francis urges people to get vaccinated because they are a “moral obligation” and an “act of love.” Turning Point advocates for less government programs that support those in need while Pope Francis has shown his overwhelming support for government programs that help those in need by saying, “we go our way in haste, without worrying that gaps are increasing, that the greed of a few is adding to the poverty of many others.”

Finally, clubs also must include a policy of non-discrimination in their constitution that states, “As a Registered Student Group at the University of Portland we adhere to the University’s Non-Discrimination Policy. This group provides equal treatment and opportunity to all persons without regard to race, color, religion, national origin, sex, age, genetic information, disability, or veteran status except where such distinction is required by law. Additionally, the Office of Student Activities prohibits discrimination on the basis of sexual orientation, gender identity or gender expression (particularly in their membership selection and activities).” Based on their support for violence and far-right ideologies, many BIPOC students, LGBTQ+ students, and other diverse groups on campus will not feel comfortable attending meetings and/or events sponsored by the club. Even just the club's existence would cause fear and discomfort among these groups on campus.

I urge Jeromy Koffler, the ASUP Club Recognition Committee and anyone else involved in the club approval process to deny Turning Point USA from becoming a club on our campus for the safety and inclusion of students and to protect and uphold the university’s mission and Catholic identity. If the club is approved it will weaken UP as an institution, divide students and make diverse groups of students feel unsafe on their own campus.

Brooke Welter is a sophomore at UP. She can be reached at welter24@up.edu. 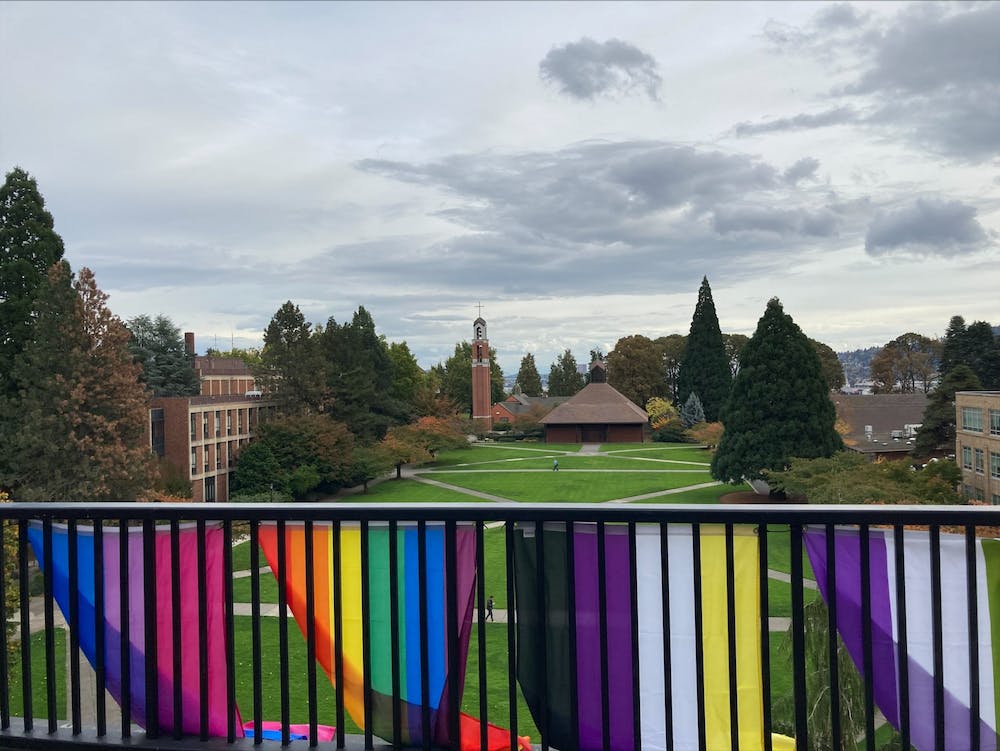 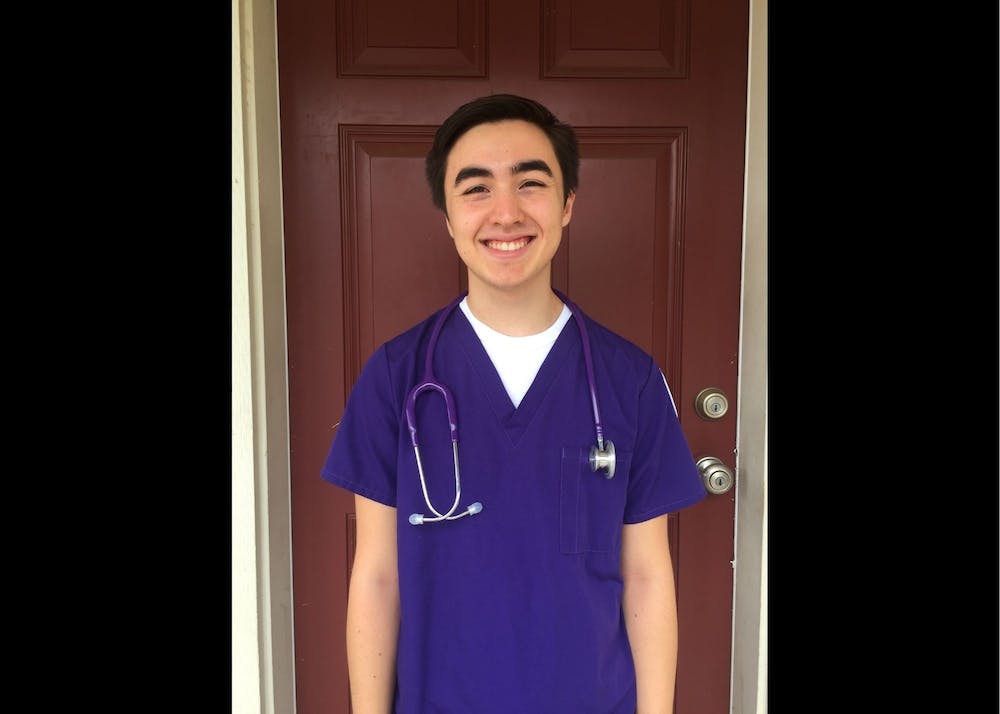 OPINION: Religious freedom is not freedom to discriminate