OPINION: How Kanye West and Euphoria's Rue Bennet force us to revisit our view of mental health

On Sunday, Feb. 13, both the release of Euphoria's newest episode and Kanye West's Instagram rant with aggressive posts targeted towards his family and Kim Kardashian’s new love interest took over the internet (posts now deleted), possibly more than the Super Bowl itself also occurring that Sunday. The trendiest topics on Super Bowl Sunday 2022 were honest portrayals of mental illness.

The story of Rue from the hit TV series Euphoria illustrates the experience of a 16-year-old drug addict who suffers from bipolar disorder, depression, anxiety, and OCD. The journey is excruciating: Rue's manic depressive illness comes with severe emotional dysregulation of both periods of mania and crippling depression. Faced with the loss of her father, Rue is led into a life controlled by her substance abuse disorder, relying on the use of fentanyl, narcotics, and heroin as an escape from the pain of her sobriety.

An addict's experience can be one of self medication to cope with suffering that comes from experiencing trauma, poverty, stress from relationships and responsibilities, and emotional distress. While Euphoria can seem to glorify the vices that come with young adults and drug use, Rue's experience proves otherwise as her life continues towards rock bottom. Her experience is not an uncommon one — without access to healthcare or adequate family support, bipolar disorder is impossible to successfully manage. This combined with substance abuse destroys people's lives, relationships, and the potential for a successful future. Rue also suffers from ADHD, anxiety, and OCD, and Zendaya's performance accurately depicts the destruction that these mental illnesses can create in our personal lives and relationships.

5.7 million Americans of all ages, races, ethnic groups and social classes suffer from Bipolar Disorder, and 30-50% will develop substance abuse disorder at some point in their lives. Bipolar Disorder especially increases the risk of developing other mental illnesses. Healthcare and chronic illness management are essential to holistic well-being; however, access to healthcare is very limited within communities of POC, low income, and other socio-ecological factors. Lack of care can lead to the inability to function within society, as bipolar disorder is the sixth leading cause of disability in the world. Death is also a serious concern: one in five patients die by suicide.

Rue shows us how individuals can descend into chaos and self destruction, as maladaptive coping mechanisms to manage mental distress and suffering eventually fail. Healthcare and family support are essential. While the world can choose to look at Rue as crazy, irrational, destructive, selfish, and a bad person, there must be recognition that her pain is an experience unlike any other, and brings its own intensity of suffering. Mental illness is not an excuse for horrible behavior and actions; it is however a factor, and should force us to view these individuals with empathy rather than pure judgment.

Rue's experience of depression is one that is highlighted within the series, but there is another end to the pole: mania. Even with different symptoms, it can be just as debilitating and difficult to control as depression.

Over the Super Bowl weekend, Kanye West took to the internet to attack Kim Kardashian for her romantic interests and family matters, along with actively galvanizing Pete Davidson with the support of fans who have threatened harm to the SNL star.

As the #1 trending topic in the US on February 13 (even above the super bowl) Kanye's behavior is under a bright spotlight. He is often thought of as narcissistic, chaotic, selfish, ignorant, and even psychotic; however, he is also an individual that also suffers from the trials and tribulations of bipolar disorder. To look at this weekend closer is to see that the world witnessed a full manic episode by one of the most famous celebrities of our time.

As stated above, mental illness is not an excuse for behavior, but it should be considered as a factor in how we choose to look at people. As a man of extreme power and wealth, there seems to be no real awareness of consequence or accountability of behavior, and therefore he continues to live chaotically. "Off the meds" are very common words associated with Kanye. Blame and judgment are often placed on individuals who fail in medication adherence and can be seen as irresponsible and neglectful in the care of their well-being. Sometimes, it is not so simple — intrusive thoughts lead to the rationalization of not adhering to treatment, and side effects of mood stabilizers are undesirable. Even with access to health care, treatment adherence can be a problem; 60% of bipolar patients are at least partially non adherent to  medications (https://www.ncbi.nlm.nih.gov/pmc/articles/PMC3691269/). To not have control of your mind and thoughts is an overwhelming place to be in, and it comes with a pain that can be unbearable.

Mania is the highest point of the cycle, and can include symptoms such as high energy, feeling euphoric and on top of the world, focusing on religion, strange/impulsive behavior, and psychosis. Going off medication often increases the intensity and frequency of episodes. While mania can lead to intense creativity among artists, musicians, and scholars, it can also cause destruction of relationships and possible hospitalization due to impaired judgment, lack of insight to consequences, impulsiveness, grandiosity, and anger. Medication can be seen as dimming and numbing, and thoughts continue to rationalize how easy and fun it is to not take it.

Kanye has been praised for his musical brilliance while creating an infamous reputation for his personality and behavior, and his actions have further brightened the spotlight on his episodes and moments of "insanity." Bipolar episodes are often triggered by stress; while he is who he is, and loves himself for it, the transition of a divorce and dynamic change of family comes with intense loss and grief. I am in no way a fan or advocate of Kanye and do not rationalize the horrifying attack on his family, but I can't help but hear his story and feel empathy. The severity of mania is chaotic and destructive, and stressful events eventually lead to descent and sabotage.

Both experiences of mania and depression are ones I feel, dread, and face often. I'm not Kanye West or Rue Bennet, but I also suffer from the manic-depressive illness that impacts their daily lives. While it is often seen as madness, the weight is one that is incredibly heavy to carry.

Treatment and research is limited in improving the quality of life and holistic well-being of those who suffer from Bipolar Disorder. There are medications, therapies, programs, institutions, and groups that have invested and worked hard in the field of psychiatry, but there is much further to go and no sign of a cure. Bipolar Disorder can be a lifetime journey, and the experience is one that is often misunderstood and unheard. Listening to the human experience in its entirety allows us to see humanity within all individuals, and the conversation that isn't had enough can be initiated regarding the experience of both bipolar disorder and mental illness.

While affecting millions of Americans, I know for a fact that I have peers that face the obstacles and difficulties in navigating a mood disorder along with the stress of higher education. Change comes from conversations; if we chose to see individuals for their holistic image, we could create a society that actively practices empathy.

Conversation allows us to relate to those around us, and find companionship amidst suffering that leads to loneliness. Education and awareness leads to further medical research and success as well, and could help to save many lives. Rue Bennet and Kanye West show us that, even in our darkest moments, everyone is human. It is our responsibility to act as such by starting this conversation.

Abigail Meyer is a senior at UP. She can be reached at meyera22@up.edu. 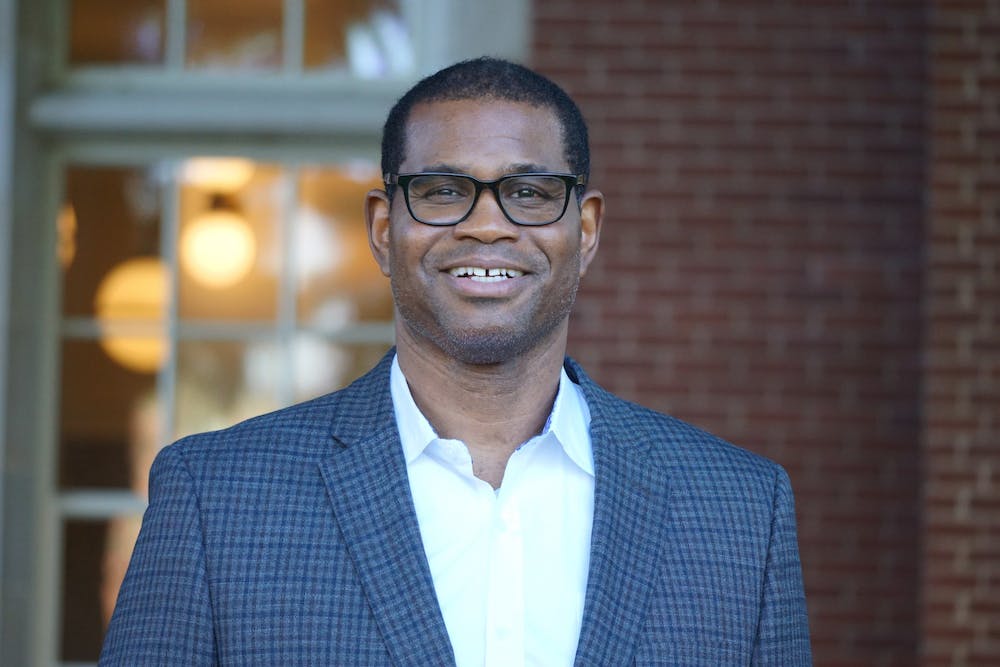