UP Students Gather In Academic Quad For QTBIPOC Celebration

Community members past and present gathered in the academic quad as part of the ‘Pilots for the People: Week of Action’ spirit week, last Friday, Jan. 28. The gathering was a celebration for QTBIPOC students and a send off for Associate Professor of Psychological Sciences, Sarina Saturn – who left UP at the end of January.

The gathering started out small but grew to around 30 people. Many held pride flags, listened to music, socialized, put up posters and ate cake.

The gathering also had student speakers, including August Stone, Kaylee Menefee, Grace Fortson and Beth Chvilicek. They all spoke on the importance of creating a space for QTBIPOC students to feel supported via resources and organizing.

“I think the biggest thing is a lot of this activism and taking up space is really taxing on emotional care and emotional well being,” Menefee, Active Minds president, said. “So, Active Minds tries to get involved in any way. The University doesn't have a lot of resources for LGBTQ or QTBIPOC students.”

Associated Students of the University of Portland President Emma Fuller was at the gathering to show support for the leaders there.

“I just wanted to show as much support as possible to minority communities.” Associated Students of the University of Portland President Emma Fuller, said. “I think that it's such an important job and it's also so hard. I recognize it, being a leader on campus and how hard it is, especially in a predominantly white campus.”

“This is a celebration of QTBIPOC and feminists,” Saturn said. “There are often times like not enough resources and spaces that are affirming, that make us get a sense of belongingness and inclusion. So, this is the importance of taking up space. Yes, this is our campus too.” 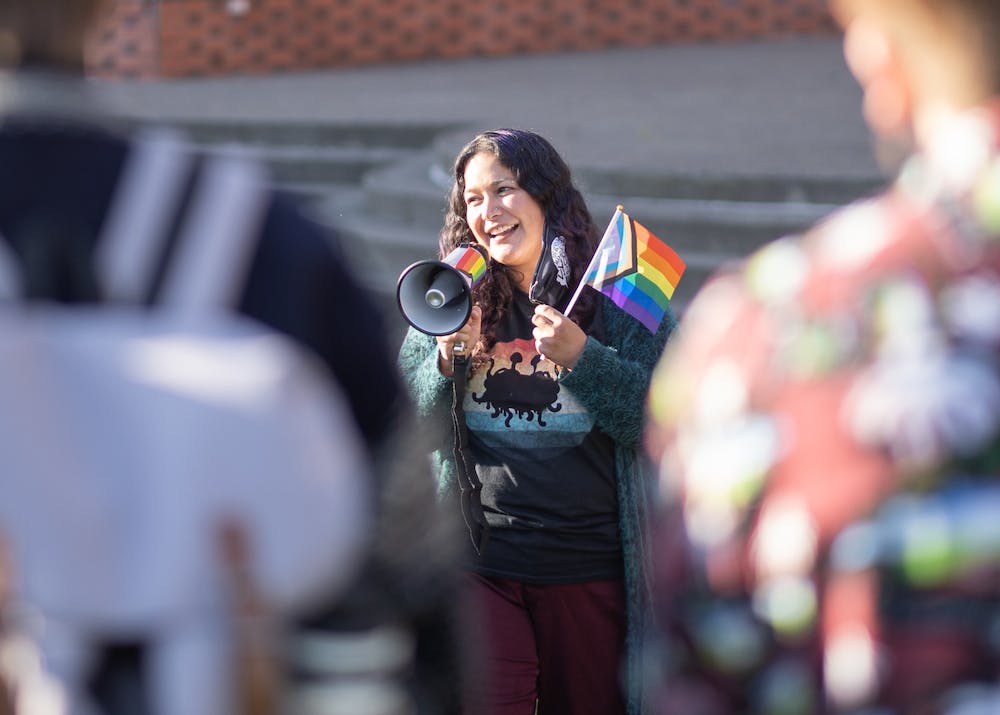