Junior guard Kelsey Lenzie bringing the ball up the court.

The women’s basketball team returned to the court in all white to face the Willamette University Bearcats in their home opener on Nov. 5. The court was filled with chants from the Pilot cheer team showing up to support the team.

The Pilots picked up their first win of the season, with a final score of 79-35.

“It was great to have friends and family back in the stands,” Head Coach Michael Meeks said after the game, referring to the year and a half of playing without a crowd.

The Pilots started the game with forward Alex Fowler winning the tip-off. The Pilots took the ball to the basket for their first points of the night.

The Pilots set the tone for the game with a high press, which earned the team steals throughout the night and helped them gain a lead of 9-0 by the first time out of the game.

The aggressive tone was reflected in the Bearcat’s first points which came from a set of fouls scored by Ava Kitchin.

The second quarter started just like the first, aggressively, with a high press from the Pilots. Guard Haylee Andrews played dominantly in the second quarter putting the work under the basket to maintain the Pilots’ growing lead. To top off the second quarter, guard Maddie Muhlheim swished a three, and guard MJ Bruno scored a buzzer-beater to close out the first half.

Going into the second half, the Pilots continued their dominant showing. Coach Meeks put in a new line of girls looking to get points under everyone’s belt, and everyone but two put points on the board on Friday.

“Collectively, I'm pretty sure almost every single player scored, which I was really happy about,” said Fowler.

Looking ahead at the rest of the season, the team is optimistic. They’d love to win the league, but for right now they are just taking it one step at a time.

“I mean, we're just taking it day by day, game by game, and seeing where it goes from that,” said Fowler. 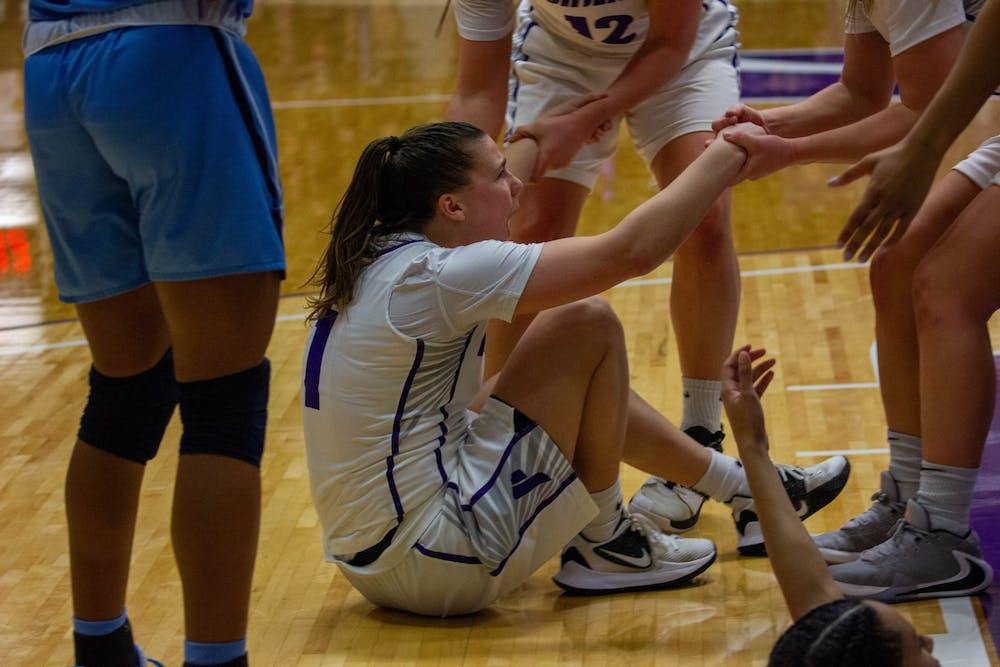