This Saturday in the battle for 3rd place standing in the West Coast Conference, the San Diego Toreros came out on top over the Porltand Pilots, winning 62-58.

Both teams came out explosively in the first quarter pressing tight on defense. Portland’s lone senior — guard Kate Andersen — was the first player to put points on the board.

Andersen scored 10 points, two rebounds, and five assists. Playing 35 minutes in this game and averaging 29 minutes per game this season, Andersen has been a key piece of the Pilots’ offensive and defensive schemes.

“I think the whole group is just so important to each other…” head coach Michael Meek said. “Keeley [Frawley] has had a great freshman year and Kelsey [Lenzie] had some big minutes tonight, obviously I think Alex [Fowler] and Haylee [Andrews] I’m going to take just down the line… It's a great young group led with a great senior.”

At the end of the first quarter, sophomore guard Haylee Andrews went down with an apparent ankle injury, the same ankle that caused problems for her in last Saturday’s match against Pepperdine.

The Pilots held a strong lead throughout the first quarter, but lost the lead and control of the game at the beginning of the second. Portland spent most of the second quarter playing catch-up, but never trailed by more than five points.

“It’s hard to have the right mentality when you go into a game like that where there’s constant back and forth scores,” Fowler said. “You just have to move on and think about the next play.”

Andrews checked back in for the Pilots with one minute left in the half, creating an immediate positive impact for the team. The standout sophomore had 10 points, nine rebounds and eight assists against the Toreros.

The Pilots finished off the first half with a bang. Freshman Alex Fowler hit a buzzer-beating jumper to give the team a three point lead. The forward had 26 points and five rebounds on the day.

The second half was tight between the two teams, both fighting tooth and nail to gain the lead. The game came down to the final minute and a half, with each team pushing to make their final runs. At the 50-second mark it was a three-point game with San Diego in the lead.

“Considering how athletic San Diego is, the team did a great job pressuring them and creating some turnovers,” head coach Michael Meek said. “Of course they did the same thing back so we need to do a better job of playing through that physicality San Diego plays with.”

The three powerhouses for the Pilots — Andersen, Andrews and Fowler — lit up the stat sheet, but their combined 46 points weren’t enough to put the Pilots on top.

“This just makes us build character as a team as a whole, after two losses in a row now,” Anderws said. “So we just get in the gym next week and try to get two wins on the road.”

The Pilots play next against the Saint Mary’s Gaels in Moraga, California on Thursday, Feb. 6 at 6:30 p.m. 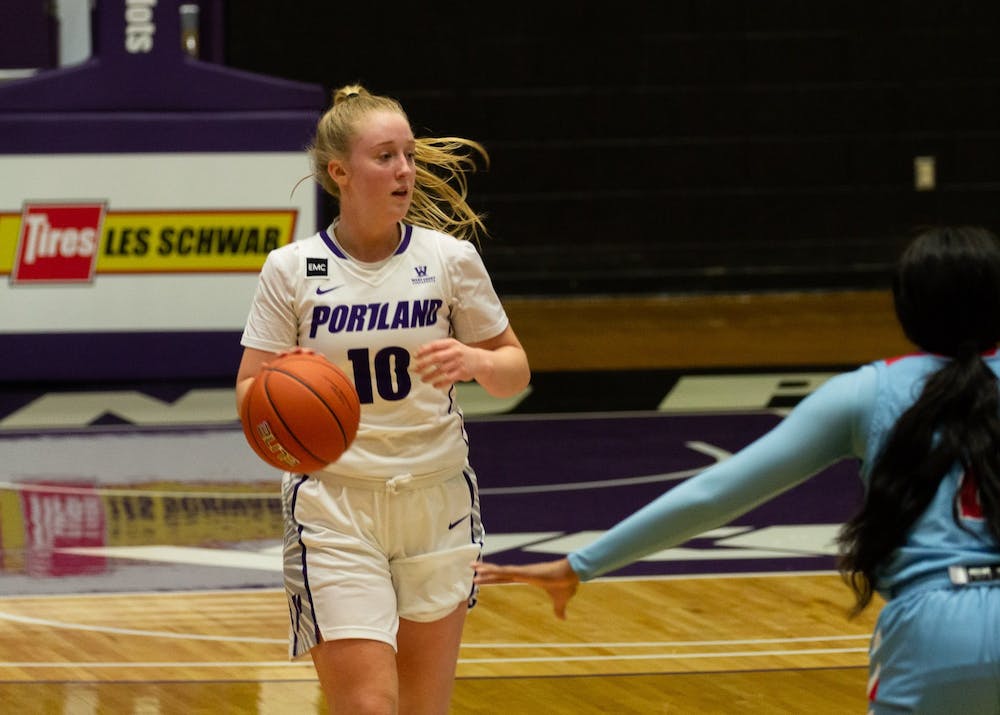