Alex Fowler looking to pass. Fowler finished the game on Nov. 5 with 17 points and 4 assists.

This week in Pilots Athletics, men’s and women’s basketball both won their season openers, the women’s soccer team finished out their regular season play with a loss and a win, men’s soccer also picked up a win and a loss, women’s indoor volleyball lost both of their games, women’s tennis competed in the Gonzaga Invitational and women’s rowing competed in the Head of the Lake Regatta.

Here is everything you need to know about last week’s sports.

In the men’s basketball home opener against Lewis and Clarke on Monday, Nov. 1, the Pilots won 93-67.

The Pilots are currently 1-0 overall and look to play Arizona State away on Tuesday, Nov. 9.

The women’s basketball team started off their season on Friday, Nov. 5 in Chiles Center with a win over Willamette University.

The Pilots won 79-35 with most of the bench putting up points. Forward Alex Fowler scored 17 of those and guard Haylee Andrews put up another 14 points.

The Pilots face UC San Diego at home on Nov. 11.

The women’s soccer team played their last home game against the conference leaders BYU and lost 0-3.

The Pilots then finished their regular season on the road against Pacific University and won 2-0. The goals both came from forward Nedya Sawan, making these her 11th and 12th goals of the season. Sawan is just the third Pilot since 2012 to score 10 goals or more in a season.

The Pilots’ lone goal against Santa Clara came from a PK opportunity put away by midfielder Sebastian Nava.

The Pilots’ final game is at home against San Francisco on Nov. 11.

The Pilots picked up two losses this week at home.

The first loss came from #20 San Diego on Nov. 4 with a score of 0-3. Outside hitter Jayde Harris picked up 12 kills for the Pilots and opened up the scoring for the game, but it wasn’t enough.

Then against #6 BYU on Nov. 6, the Pilots fell 0-3 again. Harris had 10 kills in this game. The Pilots honored their lone senior Claire Forrest after the game.

The Pilots have four more games but are on the road for the rest of the season. Their next match comes against San Francisco on Nov. 11.

The tennis team competed in the Gonzaga Invitational this past weekend.

Sophomore Iva Zelic collected her third three-set win to claim the singles title. Sophomore Rimona Rouf also made the finals in her set but fell to Washington’s Yolanda Lin.

The Pilots will compete in the CSUN Matador Invitational next weekend.

The women’s rowing team traveled to Seattle to compete in the Head of the Lake Regatta on Sunday, Nov. 7. This was the Pilots’ final race of the fall.

The first varsity eight took fifth and finished with a time of 12:05:715. Sage Iona was the cox for the boat and Catherine Watson served as the stroke.

The second varsity eight took third in the JV 8+ race with a time of 12:47:738. Sophie Osborn was the cox and Katelyn Barney was the stroke.

The teams raced a short 3200-meter course due to poor weather. 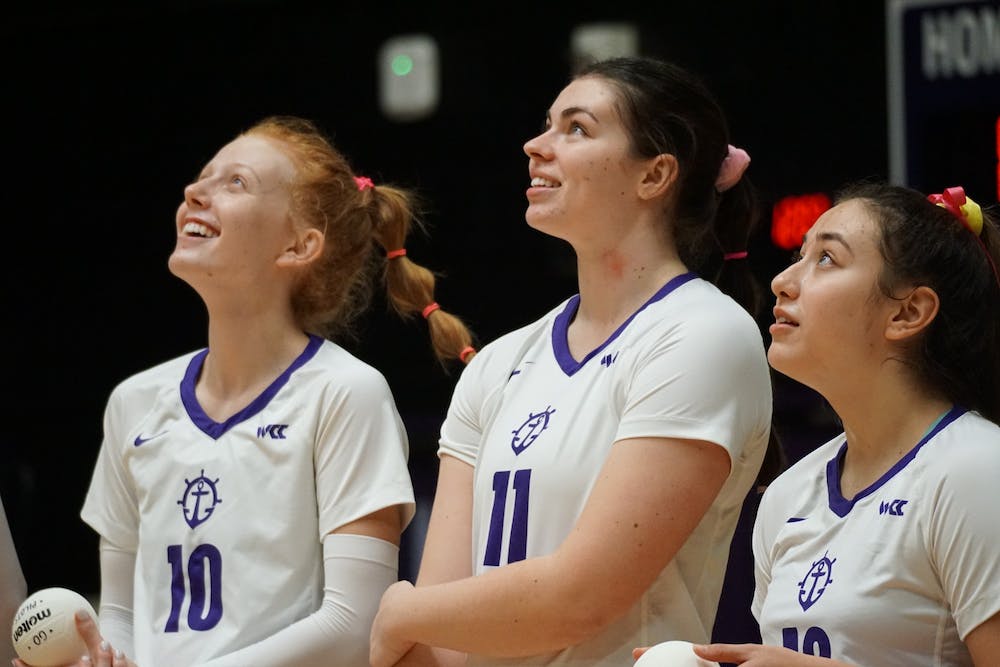 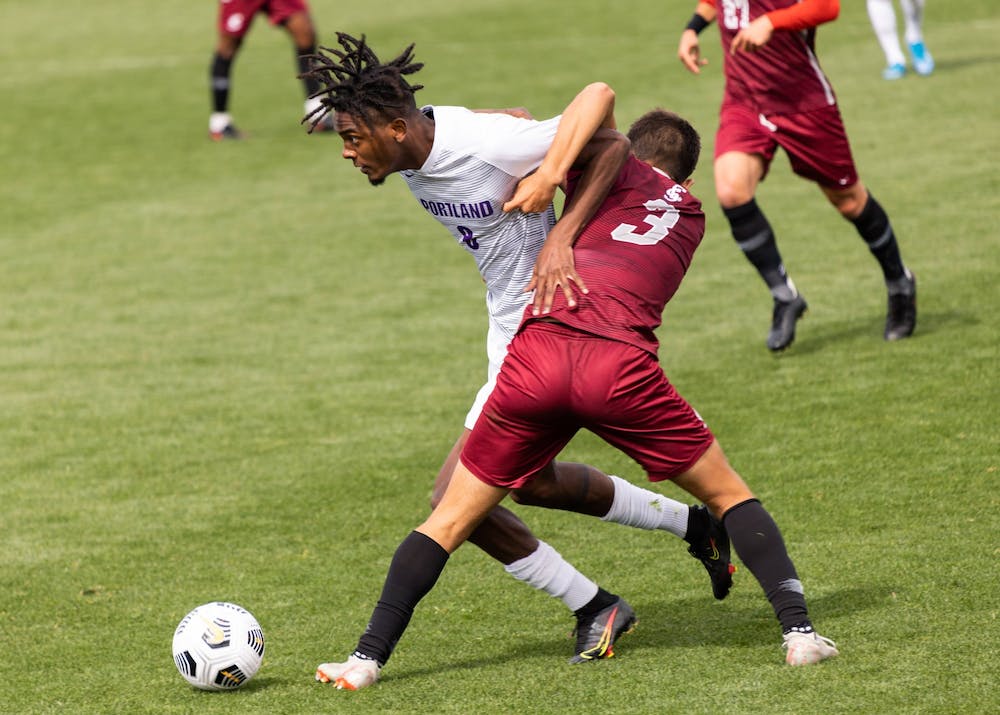 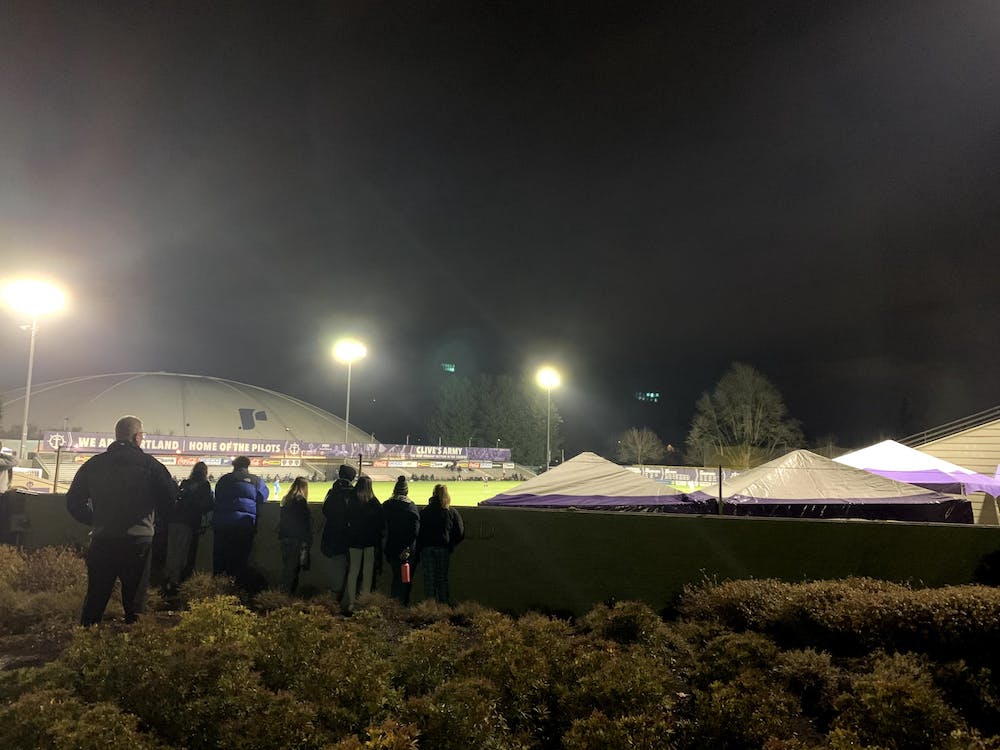