‘I’m actually going to get home’

After 20 months, senior Grace Ritchie will be able to return to New Zealand

For most UP students, going home is as easy as booking a quick flight or simply driving to their house.

But for senior finance major Grace Ritchie, her 18-month span away from home has been full of stress, heartache and confusion as to whether or not she can return home to New Zealand after graduating next month.

“I’m just ready to go home and be back with the familiarity of things and not have to worry about what I’m going to do for Christmas, Easter, Thanksgiving, just all these holidays where my friends can just hop in their cars and drive two hours up the road,” Ritchie said. “It becomes very obvious that I don’t have a home two hours up the road to go to.”

New Zealand, which has only seen 29 COVID-19 deaths since the onset of the pandemic, has enacted strict regulations for travel into the country, including for those living abroad and wishing to return home.

To return home, New Zealanders must apply through the Managed Isolation Quarantine System (MIQ), which allows residents to book government-regulated hotel rooms in New Zealand for a mandatory two week quarantine before entering the country.

The problem? There’s not enough rooms.

Ritchie last went home for two months in summer 2020 before severe travel restrictions were in place, and when she began planning her return home after December 2021, she realized it would be more difficult than she thought.

“Middle of June, I started looking for any sort of availability, and there was none,” Ritchie said. “You would log onto the website, and a spot would come up, and it would be gone within a few seconds.”

In June, the process for an MIQ spot was slightly different, and was based on a first-come, first-served queue, which Ritchie and her family spent countless hours on checking for open rooms.

“I spent probably about 30, 40 hours looking at this calendar, just staring,” Paul Ritchie, Ritchie’s dad, said. “It probably happened about six times where I saw a date pop up, then I’d click on it, never ever being able to win a spot for Grace because there were algorithms running for other people that pay.”

Reports of cheating the system, through methods such as setting up bots and hiring others to constantly monitor the website, forced the New Zealand government to change the process to a lottery system on Sept. 20, 2021.

To add to the stress of trying to return home, Ritchie’s F-1 student visa is set to expire on Dec. 15, meaning that she would be living in the United States illegally if she couldn’t find an MIQ spot.

“They changed their system and they introduced the lottery for the MIQ, so pretty much once every week to 10 days they tell you when they’re releasing some spots and you sign up and there is an allot period where you sign up and you’re just waiting there,” Ritchie said.

“The first time I was really nervous because I didn’t know what to expect, and I had really high hopes for it,” Ritchie said. “To have really high hopes and then get disappointed, it was a rollercoaster of emotions.”

The lotteries are announced on the government’s website and social media posts 24-48 hours prior to the opening of the lobby. People are randomly assigned a number, and the first 3,000 numbers are allowed to enter the MIQ registration lobby, though this number slightly varies.

According to the New Zealand government, between September and December 2021, the lotteries are expected to open four thousand rooms every two weeks.

According to Stuff, a New Zealand news media outlet, about 30,000 New Zealanders have applied for each lottery round, but with only three to four thousand spots per round, the chances of winning were slim, and Ritchie began to lose hope after a handful of unlucky lottery spots.

“Essentially, this whole thing has felt like an extra classload almost, because it’s taking up as much time as a class,” Ritchie said. “This has had a pretty negative effect on my mental health.”

On Wednesday, Oct. 20, Ritchie entered the lottery, and for the first time, was met with good news.

After 20 more minutes of waiting, Ritchie moved up to first in the queue and booked a room through the MIQ system.

She will fly out of Portland on Dec. 4 and quarantine for one week before rejoining her family after 20 months away from home.

Starting Nov. 14, residents in MIQ will only have to quarantine for seven days, as opposed to two weeks, which would theoretically increase capacity and entry rates, according to an Oct. 27 press release by New Zealand’s Ministry of Business, Innovation and Employment.

However, the release emphasized that capacity will not increase by much, claiming that “The managed isolation system is currently operating at near maximum capacity.”

After spending months stressing about post-college plans, Ritchie is now more excited than ever to return home and pursue a career in banking.

Throughout this process, Ritchie said that she was able to rely on her friends and family for support, and one silver lining was the connections she made with other New Zealanders abroad.

“In a way it has united New Zealanders overseas,” Ritchie said. “Through the online platforms, having such a similar interest such as getting an MIQ spot, people are communicating with each other, giving tips, and reaching out.”

And now, Ritchie is counting down the weeks until graduation.

“I’ve only got about six weeks left in the US and it's motivated me to get the most out of it, be as present as I can and hang out with my friends here,” Ritchie said. “I finally can comprehend the fact that I’m graduating and almost done. Instead of being a stressful time, it’s something that’s exciting and new.” 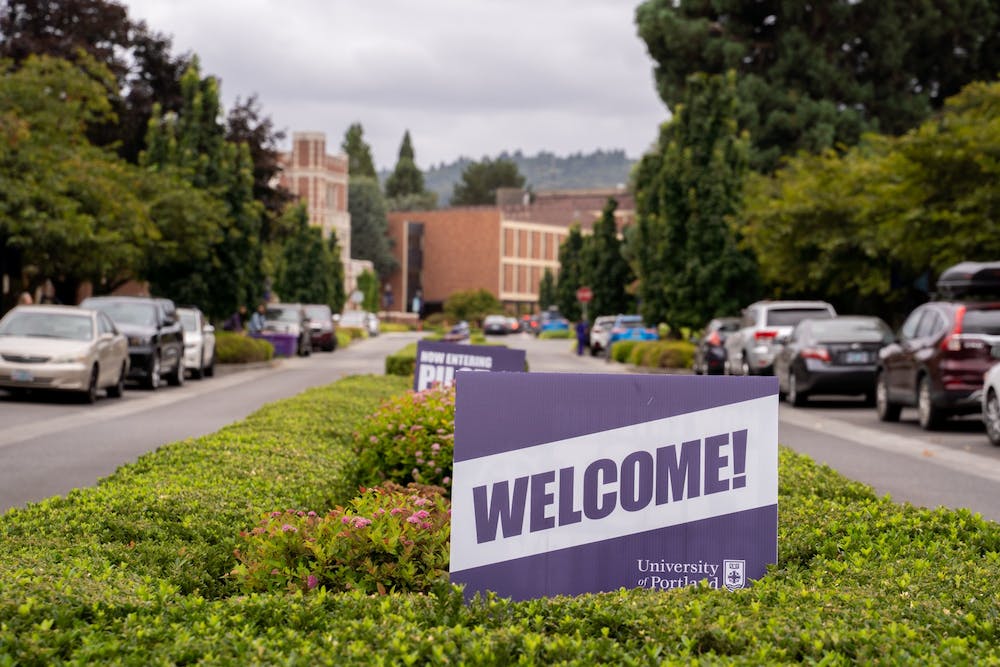