OPINION: Exploring decarbonization at UP

The Project Brief by Salvador Orara, Innovation Professor of Practice and Director of Innovation

Fall 2020 revealed large topics for students in the Innovation Minor (INV Minor). As a program focused on innovation by design, students develop the mindset of solving problems and imagining new futures through empathy, making, and collaboration. INV300: Empathy and Human-Centered Design is the second course of the INV Minor that focuses on applying ethnographic methods of research in designerly ways. Amid COVID-19, social justice, and climate change the course was an opportunity for students to tackle wicked problems in the micro-context of UP, in a fully remote-learning setting.

After having been on summer break for a few months, it was important to get the collaborative mindset jump started. Within the larger context of climate change we specifically looked at “Decarbonizing UP.” With a frame for collaboration the underlying goal was for each student to develop empathy for one another. This was achieved by creating learning scenarios that demanded active listening, the storytelling of ideas, and conversations with subject matter experts on campus. While facilitation of the project focused on developing the mindset, the work of the students focused on ideas to innovate the physical infrastructure, social activities, and the larger and more difficult path of instigating change among leadership.

Justin Manahan, Riley Dehmer, and Liz Diaz-Gunning chose to collaboratively write this article to share their experiences and ideas developed during the project. The class of 10 students were split into two teams of three and one team of four. In contrast to the popular Design Thinking process, the students followed a recipe of human-centered design methods from the LUMA Institute. The methods used were: (1) Thumbnail Sketching, (2) Affinity Clustering, (3) Concept Posters, (4) Critique, and (5) Visualizing the Vote.

Like every project in the minor, this project introduced several new methods and ways of working to generate ideas and make design decisions. Learning and applying the LUMA methods was the initial challenge. However, the overall task of producing the best ideas and collaborating, was the larger challenge. The Innovation minor is unique because it pulls together an interdisciplinary group of students to collaborate on projects. This creates an environment for each student to share their unique background and ways of thinking from their major areas of study. The LUMA methods enhanced the differences between each student and their insights and experiences for creating ideas.

Methods like “critiquing” and “visualizing the vote” allowed students to voice their opinions and reasonings behind each decision, what they found important and why, in addition to the visual layout and design choices. The outcome, and probably a test; was for each team to provide a single decision. This proved to be difficult and was obviously the desired learning outcome of the assignment. Each team learned how to work together and utilize the specific methods to help make tough design decisions and to collaborate to achieve a singular outcome.

Discovering the shortcomings of UP strategic plans by Riley Dehmer

During the “affinity clustering” stage of the project, team members became frustrated with how little they knew about what University of Portland has done to become a sustainable campus. Additional research was done through the university website and by contacting various professors. This search led to some notable discoveries, including a concerning pattern within the strategic initiatives of the university.

There is a pattern within the university of signing documents and establishing committees as its first steps towards meaningful change. A more recent example of this are the efforts for social justice with the establishment of PACOI (Presidential Advisory Council on Inclusion). With regards to sustainability, it was the establishment of PACOS (Presidential Advisory Committee on Sustainability) formed in 2007 and the creation of a Climate Action Plan in 2010. The Climate Action Plan was created to develop a strategy for a carbon neutral campus by the year 2040.

A decade and some change later, this sustainability movement has died down to a slow crawl. There continues to be positive, forward motion on campus such as the SLUG garden, composting in dorms, eco containers at dining halls, and the enrollment into the Energy Trust of Oregon’s Strategic Energy Management program by the Physical Plant. However, none of this forward motion was defined by the initial plan. The garden and composting were student-led, the eco container change was Bon Appetit’s effort to increase sustainability, and P-Plant’s participation in the program was decided independently. It appears the goals and promises from the initial plan in 2007/2010 have been swept under the rug. No one has said anything about Target 1 in the Climate Action Plan.

Target 1 of the Climate Action Plan aimed for the university to be carbon neutral for Scope 1 emissions by 2020. Scope 1 emissions are “from sources that are owned or controlled by the institution.” The action plan also promised intermittent messaging with a focus on goals achieved, milestones, awards/recognition, and individual service/accomplishment…

…so, where is this messaging? Did the university achieve their first target? It is unclear.

Knowledge of the university's previous sustainability efforts revealed opportunities for ideas and improvement. For instance, ideas need clear and transparent checkpoints for accountability purposes. Sustainability efforts with no accountability are easily disregarded. Another key takeaway was to lean on existing structures like PACOS (Presidential Advisory Committee on Sustainability) or ASUP (Associated Students of the University of Portland), such that it is easier to get ideas in front of leadership.

How might we decarbonize UP? From the melting pot of ideas, each team had to choose one concept that would represent the outcome they found the most impactful and worth pursuing.

The class utilized the method of concept posters to communicate and present their ideas. Concept Posters are organized to include the following sections: intended audience, purpose, focus, reasons for failure, description of a prototype, scaled visual of idea, and how success will be measured. Furthermore, the presentation of the concept poster must also be visually pleasing to the audience. This includes coordinating the color palettes, fonts, and overall organization of the poster. The students had the option to use either Miro or Adobe Illustrator to create their posters.

Team one, which included students Julia Hanly, Riley Dehmer, and Hannah Kelly, focused on the environmental solution of harvesting rainwater to decarbonize UP. Since the Portland area experiences on average 40 inches of rainfall annually, harvesting the rain would allow UP to use less water from the city. In addition to the environmental factor, this recyclable use of rainwater would also decrease the economic strain on the University associated with the water prices.

Team two, which included students Cooper Sloan, Raphaelle LeBlanc, and Liz Diaz-Gunning, focused on the food sustainability solution of making UP an all vegetarian and vegan campus. While this idea may not be the most feasible, it would reduce the greenhouse gases associated with the consumption of animal products. The main concern with this solution is that most of the student body would not be willing to drastically change their diets. The team decided to take the risk and propose this solution anyway because of the satisfaction with their own alternative dietary preferences.

Team three, which included students Audrey Sauter, Ethan Figueredo, Mia Aguilar, and Justin Manahan, focused on the energy efficient solution of installing motion sensor lights everywhere on campus. In addition to motion-sensors, the lights will also be switched from fluorescent to LED, which are cheaper and more environmentally friendly. This switch will reduce UP’s overall energy consumption, which is a main cause of greenhouse gas emission, and reduce UP’s carbon footprint.

Decarbonizing an entire campus requires systemic change. No single idea will solve all the issues preventing UP from going green. For significant change to happen, students need to work as a collective force. This means talking to peers about how UP has abandoned Target 1 of their Climate Action Plan. This means emailing Deans and asking what the university is doing to attain the promise of a carbon neutral campus. Or even just asking for a Town Hall like the one hosted in 2018.

We are not asking for support of an individual idea. Instead, we are re-calling attention to an existing problem. It should not be the job of a few students to solve the university’s shortcomings because those students will graduate, and then their effort and momentum will get put on a shelf and forgotten. It should be on the university to hold up their promise.

About the Innovation Minor

The Innovation Minor (INV) provides a formal structure to introduce the Innovative Mindset through design. Design being the action (and outcome) of solving problems or imagining new futures, whereby to innovate is to challenge and change values, beliefs, attitudes, and behaviors. The program is open to all majors and concentrations creating spaces for interdisciplinary collaboration and opportunities for students to push the boundaries of their majors or academic disciplines. Learn more about student projects in the Innovation minor here.

Students of the Innovation minor end their experience with a Collaborative Practicum Project. It is entirely possible for a team of students to take on the bigger challenge of re-focusing on the problem and identifying ideas that will be desirable, sustainable, and viable. However, the challenge of altering the behaviors of leadership is probably this bigger innovative task. 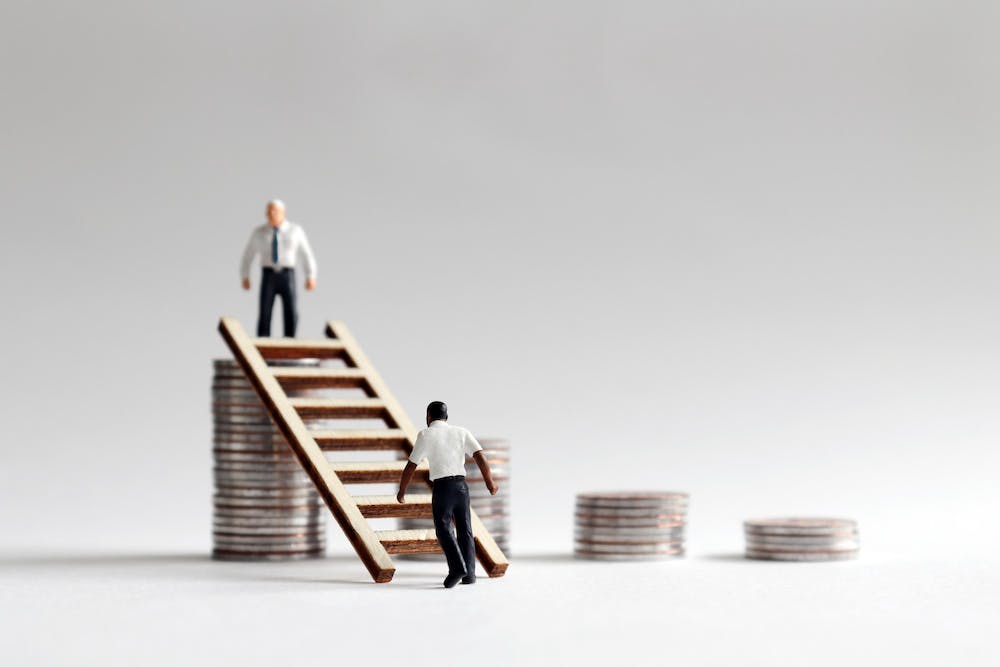 Submission: A letter to the Budget Working Group

by Yuri Hern​ández Osorio , by Casandra Esparza , by Jose Cazares , by Salvador Orara , by James Pena , by Tori Ward , by Elizabeth Lee , by Olivia Bormann , by Yollixpa Rios Martinez , by Yvonne Kibombo Ayesiga and by Tshombe Brown