With the presidential election just around the corner, here are some ways that you can get involved.

Tina Fey’s impressions of Sarah Palin may have defined the 2008 presidential election, and Amy Pohler’s impression of Hiliary Clinton brought comedy to the 2016 election. This year’s election feels different, with a little less room to joke.

The 2020 election faces a deeply polarized government dealing with a world-pandemic, a civil rights movement and an ever-changing climate. It can be overwhelming to think about the outcomes of this November’s election. But it’s underwhelming to think that the only way to act is by voting.

We are less than a month away from the election. College students have the voice and resources to go beyond voting this year and take action in the field that they feel the most passion toward.

University of Portland students are in the unique circumstance of living in a city that has been defined by the political divide of the country. Portland has seen months of protests in support of the Black Lives Matter movement, which came with clashes between extreme left and right wing groups. Portland also experienced the effects of climate change firsthand through the weeks of hazardous air, as a result of the largest wildfires in Oregon history. UP students are in prime position to get involved with this defining election.

We all see the “Settle for Biden” ads that pop up on our Instagram feeds asking for donations. Campaigns provide overwhelming amounts of options to donate, and it can feel like the only way to help that candidate or proposition. But while donations are helpful, there are some ways to become more politically active without breaking the bank as a college student.

While campaigning in all states is important, purple, or swing states, need the most help right now. These include Georgia, Florida, Iowa, North Carolina, Ohio and Maine. Even if you don’t live in these states, you can still campaign there.

Volunteer for a campaign:

Campaigns are constantly recruiting volunteers to call and text voters. And let’s face it, calling and texting banks don’t seem like the most fun, but the productive conversations that you have will make it all worth it.

Phone banking shifts usually run for two hours on weekends and weeknights. Taking two hours a week until the election to make phone calls to voters really makes a difference. Every voter across the country needs to be contacted to push them to the polls.

On the phone banks I have done this campaign season, there were many times when it wasn’t going how I wanted, or I struggled to find the energy after a long day of classes. The best way for me to find more motivation is checking news sources and reading the headlines to remind myself why I needed to continue calling voters.

There are thousands of organizations to volunteer for this election. Google a topic or a state that you are interested in with “volunteer” attached to it, and an opportunity will come up.

If your fall schedule is too busy to volunteer, then vote and vote early. Voting early is helpful to campaigns and their reporting process. While the results will not be released early, the votes get counted as they come in and it helps the campaigns know where to distribute resources before the election.

“The election isn’t November 3rd, it’s already started. The end is November 3rd,” Aidan Sara, junior Political Science major said. “You need to think of it as, you should be done with voting, or done with the election by November 3rd. It’s such a big process with COVID and all of the mail delays and time you have to wait in line, if you are doing in-person voting, it’s such a bigger deal and takes much more time that you have to be prepared.”

There is also national concern about this year’s mail in voting system, that results will not get released on election night because ballots will still be coming in. To avoid delayed results, and votes not being counted, mail in your ballot as soon as you receive it.

In November 2000, George Bush beat Al Gore in a historic election that was decided by the Supreme Court. The results did not get released until December 12, after a discrepancy with the physical ballots in Florida. To avoid anything like that happening again, get the ballots in as early as possible this year. Any hiccups in counting ballots can be fixed before election day.

This year has a shortage of poll workers because of the COVID-19 pandemic. Young, low-risk citizens should get out there and volunteer. Poll workers are important because they keep the polling sites running by setting them up, closing them down, and checking in voters. While most votes will be through mail, some states will have in person polls. These include Colorado, Hawaii, DC, Iowa, Kansas, Louisiana, Maryland, Michigan, Montana, Pennsylvania, Texas and South Dakota.

For states that offer in-person voting, poll watchers ensure that all voting is fair and that there are no obstacles in the way for any voters.

If you live in any of these states, here are some resources.

A majority of campaign work involves reporting voter information. They keep track of who people are voting for and who has been contacted. The more accurate and consistent reporting is, the easier it is for campaign leaders to make decisions about distributing resources.

Campaigns use the information about your voting habits and plans to focus resources on undecided voters.

Encourage your friends and families to vote:

Some people need a little push to the polls. There might be someone that you know who doesn’t think that their vote will matter, or someone who is just too lazy to fill in some bubbles and put their ballot in the mail. Every vote counts.

Make a pact with yourself to encourage at least three people close to you to vote. Remind them that voting records are public, so you (and everyone else) can see if they have voted!

I encourage everyday to spend 30 more minutes reading than you normally do. It’s crucial to read about the issues of the world to make more informed decisions on the ballot. Take time to focus on issues that don’t just affect your life.

It is also important to look at positions that you disagree with. Following people that you don’t share the same views with will give you a greater perspective on different policy issues and what might happen in the world.

Learn about your local election and city council:

The presidential election is very important, and in the limelight. But, local elections have the ability of affecting your day to day life, including things like traffic laws and even COVID-19 lockdown measures and testing. These elected officials also communicate with officials at the federal level to coordinate policies.

Take some time to read about the local officials that are on your ballot, and what they stand for. There are many local officials who are up for election on the Oregon, Washington and California ballots this year.

If you feel really strongly about an issue that Congress is going to vote on, take 10 minutes out of your day and call them.

All of that data gets reported to the senator for them to make decisions accordingly. They care about getting re-elected and constituent concerns.

Here is a list of senators and their numbers.

Here is a list of representatives and their numbers. 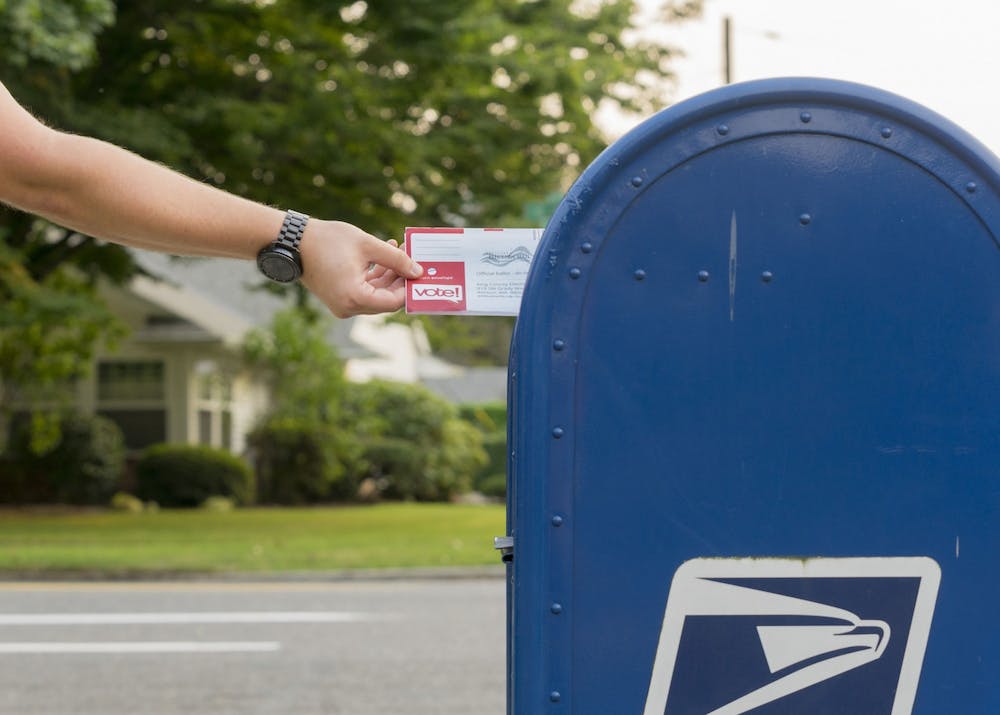 EDITORIAL: Vote. Your planet depends on it.