UP announced a 50% cut to the student employment budget on Aug. 18, eliminating some student jobs completely amid the Coronavirus pandemic.

The financial strain on higher education is being felt across the board as the pandemic continues. The University of Portland has implemented a variety of different cost cutting strategies, including pay cuts and furloughs for university faculty and staff. Along with those changes, announced in an email on Aug. 18 from Interim Vice President of Financial Affairs Eric Barger, came a 50% cut to the student employment budget.

Vice Presidents and Provosts decided how the reductions were allocated in their departments, according to Student Employment Coordinator Claire Moore. As of Sept. 1, students applying for work through the University must have Federal Work Study in their financial aid package, according to an email sent to student employee supervisors by Moore.

But before the student employee budget was reduced, students working as Resident Assistants (RAs) and holding other positions in the residence halls were furloughed shortly after the announcement that the classes would be moving online on July 30.

“We had everything figured out and ready to go, when all of the sudden we got an email and it was like, ‘we are moving online,’” junior RA Glen Johnson said. “At first, I didn’t really know what to do with this news because we were supposed to be moving on the fourth.”

Hall directors were notified of the transition at the same time as the general student body, according to Johnson. Shortly after the announcement, Residence Life sent an email letting them know that they would not be returning to campus, Johnson said.

“And even though there was the option to appeal to be on campus, it was unclear if we would have to pay,” Johnson said. “The email made it sound like we would be paying out of pocket because we would not be performing our duties as RA. I know for a few students that became quite a big issue because they were in nursing and had clinicals and needed to be down here. Within about a month of school starting they had no place to live, and some of them needed to be down on campus.”

For students working in other departments on campus, whether socially distancing in their offices or working from home, their hours for their departments were cut in half. In some cases, their jobs were eliminated completely.

“Now that they kind of have the whole budget thing in place, they’ve cut down the student hours to 40 hours a week of coverage in the office to 20,” Student Office Assistant in the College of Arts and Sciences Mackenzie Ryan said. “Which means all of the students office assistants’ hours have been cut by half.”

Ryan usually worked 6 hours a week before the budget cut, and because of the reduced pay she decided to keep her summer job to help compensate for the lost income.

“I was supposed to have an internship this summer actually in Spokane doing research, and that got cancelled because of COVID,” Ryan said. “So I applied to Papa Murphy’s… and then I did decide to stay there in the fall knowing my hours would be cut on campus.”

All student workers are required to complete the Covid Confidentiality and Telework Agreement, as a majority of student work has been moved online along with classes. For student employees who are able to work on campus, workplaces must be equipped with plastic guards, masks must be worn and social distancing guidelines followed, Moore said.

This means in addition to the reduced hours, student workers have to face the challenges of working from home and getting adjusted to telework.

“I know for me it took a while to get everything set up, and even when I started taking phone calls and stuff through my computer I had issues connecting with people and everything, and I kept having to apologise,” Ryan said.

Junior mathematics and philosophy major Clare Spinner was also met with employment changes as the budget was adjusted for the fall, resulting in her losing one of her campus jobs.

“Last semester I actually had an additional job for the honor program, just working in the office managing an undergraduate research dashboard,” Spinner said. “Since the transition to online and budget cuts I actually lost that job. That job was only about five to six hours a week, but that’s definitely helpful in the financial realm.”

Spinner, who has Federal Work Study, holds multiple jobs on campus, including being a tutor in the math resource center. Tutoring hours have not been affected, according to Spinner. Her second job as a tour guide for the Office of Admissions has yet to provide any hours for her to work remotely. Tour guides are still giving a few tours in-person, and more virtual events will be offered in the future, Spinner said.

“I’ve had to adjust to having less money,” Spinner said. “But also I’m fortunate enough to where I didn’t depend on them to go to school or purchase books or anything. I felt bad for students that really do depend on those hours to pay tuition and to pay for living. I don’t necessarily need those jobs, (but) it definitely makes things easier for my family.” 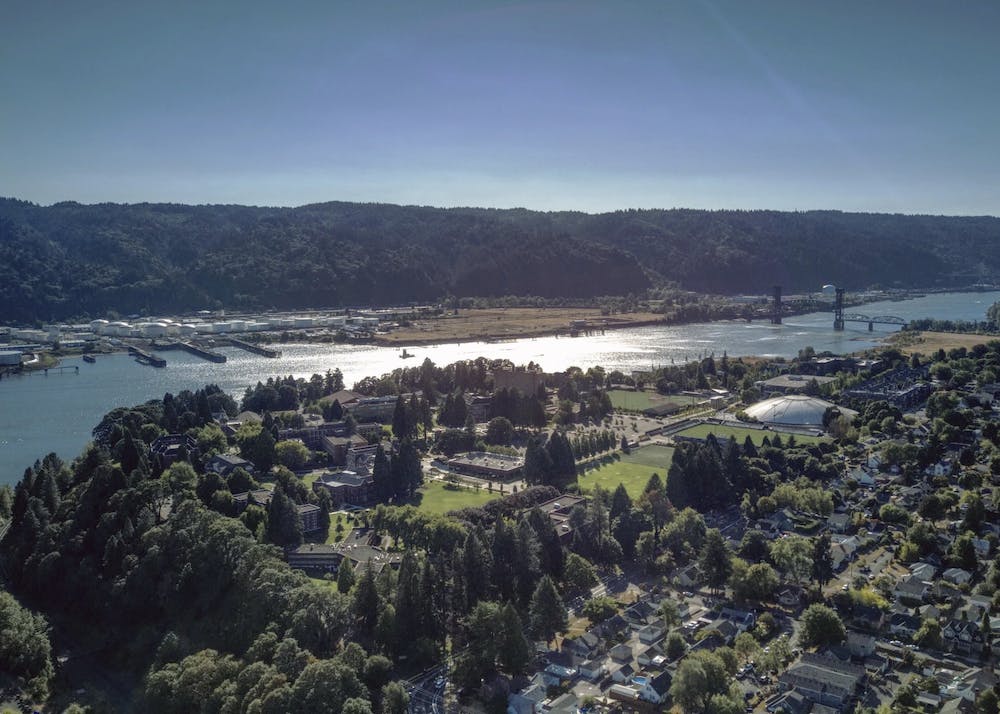