Today is the last day of the catastrophic wind event

Wildfires across Oregon have been raging since Monday while spreading rapidly. Photo courtesy of Carlos Fuentes.

More than 300,000 acres are burning due to rapidly spreading wildfires across the state of Oregon as of Wednesday, forcing thousands of residents to evacuate their homes and killing at least two people. Nine counties have been evacuated so far, according to Statesman Journal. Oregon is not alone; unprecedented numbers of wildfires are burning across California and Washington.

Gov. Kate Brown briefed the public and press Wednesday afternoon on the developing wildfires in Oregon, which were caused by and continue to worsen due to hot, dry easterly winds.

Brown urged Oregonians to pay attention to the directives from firefighters, local officials and police officers.

“We expect to see a great deal of loss as a result of these fires, both in terms of structures and in terms of human lives,” Brown said.

Andrew Phelps, Director of the Office of Emergency Management, cautioned Oregonians who are already located in a safe area to stay home.

“Reduce the impact of being out on the roads and taking up resources that our folks that are evacuating need to evacuate safely,” Phelps said.

Oregon residents located in an evacuation zone should prepare an exit plan and know what to bring with them. Phelps also asked that residents do not call 911 unless it’s to report a fire, ask for assistance during evacuation or for other life-threatening needs, in an effort to allow emergency services to concentrate their efforts where they are most needed.

“At this time in Western Oregon, and in fact, anywhere in the state, all individuals should be really prepared [to evacuate] at a minute’s notice,” Mariana Ruiz-Temple, Deputy Chief State Fire Marshal, said at Wednesday’s press conference.

Phelps encouraged the use of the Safe and Well website and mobile app from the Red Cross. Those who have to evacuate can use it to let friends and family know they have done so safely, and help the state identify individuals who may be unaccounted for during the wildfires. Oregonians who want to support communities impacted by the fire should visit the Oregon Voluntary Organizations Active in Disaster website, Phelps said.

Gov. Brown is requesting federal assistance from President Trump to support Oregon’s response efforts. Brown is also hoping to have additional firefighters from Utah assist in containing the fires.

The majority of the state’s fires are west of the Cascade Mountains, all of which are “zero percent contained” due to the continued high wind conditions, Chief of Fire Protection for the Department of Forestry Doug Grafe said.

According to Grafe, the winds have started to subside and will continue to do so. By Thursday midday the winds will shift from an Eastern flow to a Western flow, allowing cooler marine air from the west to move into the area. This will allow firefighters to access areas previously obstructed by the fire, and shift from strictly life safety and evacuations into more aggressive efforts in containing the fires.

The ongoing fire evacuations have been subject to changes from the COVID-19 pandemic. Brown said in Wednesday’s press conference that shelter spaces are currently attempting to provide non-congregate care in efforts to prevent the spread of the virus.

View an updated map of the Oregon wildfires below, courtesy of ArcGIS.

Gabi DiPaulo is the Editor-in-Chief of The Beacon. She can be reached at dipaulo21@up.edu. 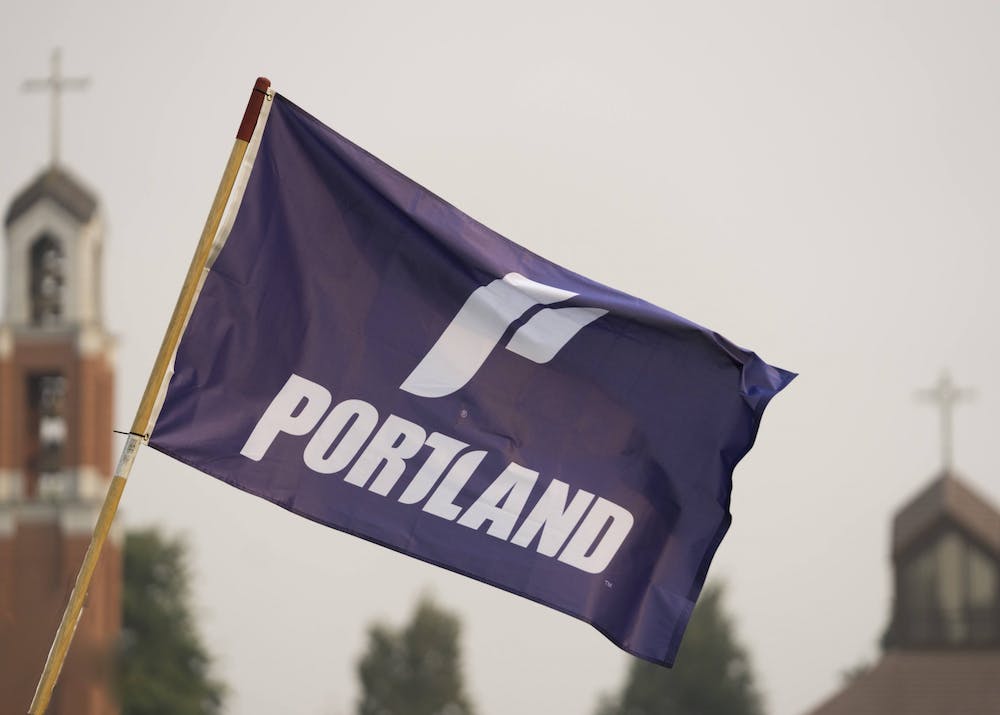