The types of requests submitted by students living on campus to remain on campus included those for students who had to travel internationally or across the country, those whose family members have underlying health conditions, students without access to the internet at home and more. Photo illustration by Annika Gordon.

University of Portland students living in the dorms faced a devastating reality on Thursday, March 12 when they were told they had to leave campus unless their application to stay was approved by Residence Life. Of the 501 applications submitted, 333 were approved, according to Director of Residence Life Andrew Weingarten.

“In essence, we are closing the residential halls (including Haggerty & Tyson) until further notice in order to protect our most vulnerable members of our communities,” Weingarten said in the email.

University President Fr. Mark Poorman announced on March 20 that the University courses will remain online for the remainder of the semester.

Students approved to stay on campus included those who had to travel internationally or across the country, those whose family members have underlying health conditions, students without access to the internet at home and more. Students in UP-owned rental homes are allowed to stay for the remainder of their leases, Director of Physical Plant Joe Cates said in an email.

Not all students under these categories were approved to stay. This made life complicated for those who did not get the approval and needed it.

“In my application, I put that I had no WiFi and that the unexpected travel expenses were unreasonably costly for me to move off of campus and back home to my family,” said sophomore computer science major Glen Johnson. “I also mentioned that I was overloaded on credits, and traveling back home would make it very difficult for me to work, especially without an internet connection.”

The switch to online learning has posed a problem to those without access to the internet, or who have a slow connection. Many of the online classes are live through Microsoft Teams, Zoom, or are posted lectures through Moodle which all require an internet connection for the things to run smoothly.

Johnson’s home is in a small rural town in Washington state, where the internet isn’t widely accessible and WiFi connections are bad. There were other students facing similar situations who had to make last-minute plans to find a place to stay, Johnson said.

“I feel like a lot could've been handled better,” Johnson said. “I know of others who had to find last-minute housing arrangements just for online learning because they had no internet. I was lucky enough to have a friend offer to let me stay with (him). If it weren't for him, I might not be able to do my school work, and that was a scary thought.”

Companies such as Comcast, AT&T, T-Mobile and others have pushed to provide free WiFi, hotspot and mobile data services to those in need.

Those students who had their applications approved had a challenging decision to make. With the increasing restriction on international travel, and the consideration of restricting domestic travel in the U.S., traveling home could be difficult in the foreseeable future.

“I live in Guam,” sophomore Kaleb Bang said. “I don’t have any family in the mainland U.S., and most of the residents in the dorm I live in were all going back home. Not knowing how long the pandemic would last, I wanted to fly home before it was too late.”

Although Bang’s application was approved to stay on campus, he made the decision to fly home. He is in Guam now.

As the battle to slow the spread of COVID-19 continues, schools and businesses have been closing around the country to reduce the impact on our health care system. The pandemic has also moved the graduation ceremony for the class of 2020 online.

For students who chose to stay in Portland, the campus is not the same. Residence halls filled with laughter and life are now empty, and with social distancing restrictions, students who are there are not getting together as often.

“It's hard to not have my floor community and be able to host events and do all the fun dorm community-building activities that I love so much,” senior Mehling Resident Assistant Mellanie Muller said. “It's super hard just to be alone all the time.”

Despite the situation, students on campus are still trying to make the best of this new reality.

“I've been getting food with friends from Commons and eating outside and hanging out in West Quad just to still have that social interaction, but people are being careful on campus,” Muller said. “Campus is empty, but you know the community is still there.”

For students who do leave, the university will be reimbursing them partially for room and board and unused meal points. However, details on when and how reimbursement will work have not been released at this time.

“Honestly, this was such a difficult situation for everyone on campus,” Muller said. “I know it was hard to have everything happen all at once, but I think it's good it happened sooner rather than later.” 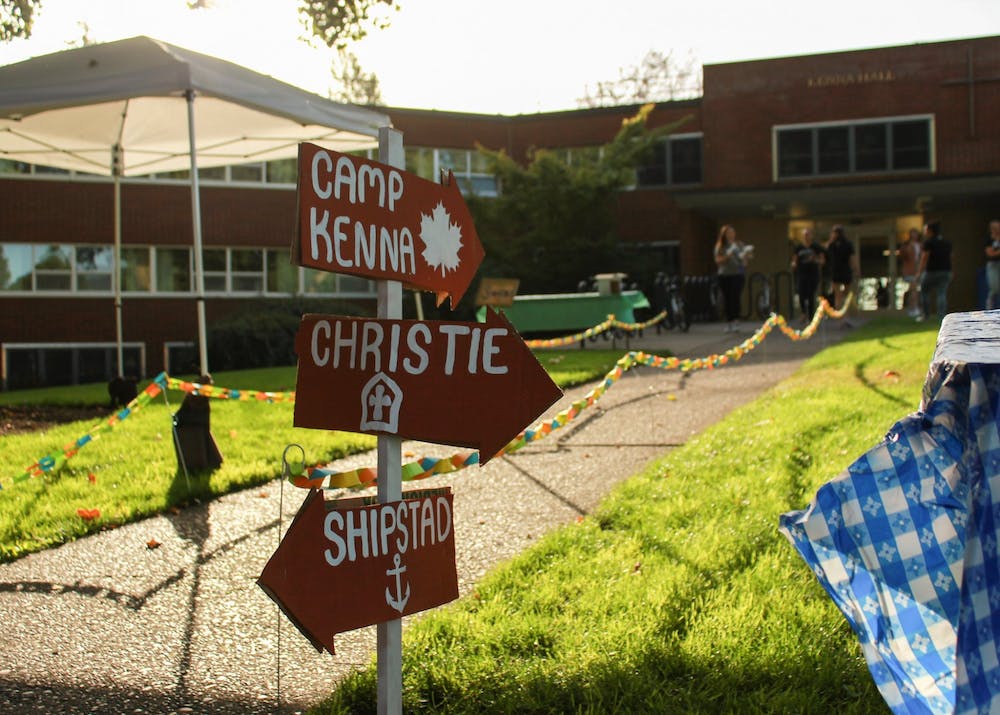 by Dora Totoian and by Madison Pfeifer