In 2014, Tesla’s new addition of autopilot hardware piqued Ryan Hunter-Bliss’s curiosity. Years later, still drawn by Tesla’s thrilling performance and features, he started researching for a new car. Since it was a big purchase, he wanted to make sure going electric was the move for him. Through rigorous research, it manifested something special: a passion to address common misconceptions about electric cars.

This ultimately fueled his desire to share what he had learned about electric cars in a 37-minute documentary called “Electrified: The Current State of Electrified Vehicles.”

“It was exciting to think that I made something that other people could use as a resource,” said Hunter-Bliss sophomore computer science major. “And that I'm potentially helping them make a difference in the world by thinking electric car over gas car.”

For many, electric cars are an intimidating alternative to formal gas cars. They’re futuristic in looks and features, and you may hold a lot of questions about whether they’re more convenient than gas cars. Hunter-Bliss set out to inform himself on electric vehicles before purchasing one himself. Through his research, he sought to bring his passion for filmmaking and research on electric cars together.

Promoted by major non-profits such as Plug in America and Forth Mobility, “Electrified” shows where electric vehicles are today for consumers and shed light on the history of their origins. The film features guest experts of the industry like Zach Henkin from Forth Mobility and some electric car owners themselves about important factors to consider when thinking of getting one.

“The main goal was to just answer some of the common questions that people may have about electric cars,” Hunter-Bliss said. “I didn't know a lot before and it was mainly through interest in potentially getting an electric car that I learned these things. I figured out that I had misconceptions that I didn't know I had. And I learned that other people had those same ideas as well about electric cars so I wanted to share that information with other people to try and show them that it’s actually a really sustainable form of transportation that's not so different from a normal gas car.”

After pitching his idea to the non-profit Forth Mobility, it was all smooth sailing thanks to Hunter-Bliss’s natural talent for film making. The documentary took six months to film and produce, traveling around Los Angeles and Portland to get all the necessary shots. Hunter-Bliss worked every weekend into the school year to make this film available to the public, using his own equipment he acquired over the years.

“This was basically me working on this project,” Hunter said. “It was a crew of two, so I had to do a lot. But I prefer working with the camera and having somebody else do the interviews.”

Self-taught since the age of 13, Hunters-Bliss’s ability to make short films helped a lot in the process of making this documentary. Filmmaking has been a passion and a hobby for Hunter since he was a kid. With no formal training, Hunter enjoys the creative process of filmmaking and has been making videos for himself throughout his life.

“Cinematography and editing are my favorite parts,” Hunter-Bliss said. “But it’s also really fun to come up with a story in the beginning and moulding it later on into the finished project. I made my first official film in 2017. Looking back at my previous work today, they are really bad compared to what I'm capable of now.”

Throughout this journey, Hunter-Bliss learned about more than just the cars themselves; he learned that there was a growing community within the electric car industry. It's like a tight knit group of people, aiming to help each other in the world dominated by gas cars.

“I learned about this amazing community that is of electric car owners,” Hunter-Bliss said. “Tesla groups are forming and they're really tight. If you’re driving your Tesla in an area that doesn't have a supercharger you can just pull up to anybody's house that has a charger outside.”

Within the research and statistics, Hunter-Bliss had found a community he felt connected to.

“People are really kind in this community and they share all kinds of information and there's people who are really passionate about this,” Hunter-Bliss said. “Not only did I learn more about electric cars, but I also kind of fell in love with the community and the people.”

Hunter-Bliss’ inspiration and passion for this project grew immensely as he started meeting all the different electric car owners and experts throughout the interviewing process. As the interviews progressed, he learned about the beneficial environmental impacts of electric cars.

“My inspiration initially came from how like most people, I was just drawn to electric cars but coming out of this I started to see more than just the core features,” Hunter-Bliss said. “I saw a way to help clean up the environment and a way to reduce emissions. There are a lot of other environmental factors that play an important part in someone’s decision to get one of these cars rather than just technology and features.”

“Electrified: The Current State of Electric Cars” is available on Amazon and Youtube for free and will be featured at the Virginia International Auto Show in February. After months of relentless filming and editing, Hunter-Bliss is already thinking of his next project. Still following the state of current electric cars, Hunter-Bliss wants to make a follow-up film in a couple of years.

“We’re at that point where the electric cars that are out right now that are getting better than they have ever been,” said Hunter-Bliss. “Even in the next couple of months, there's going to be a lot more electric vehicles coming out with stuff that is going to be more prevalent to people now.”

Hunter-Bliss predicts that electric cars are going to be more readily available to the average consumer than they are now. Eco-friendly electric cars with sleek, futuristic features will become cheaper and as people warm up to the idea of a battery runned car, they will become more common.

“Right now they are still so expensive and they are only available to limited people but in the coming years, prices are going to go down as technology improves,” said Hunter-Bliss. “And I think there's going to be a lot more of a reason for people to get electric cars.”

Hunter-Bliss will also be joining the Tesla community within a few short months. Excited to have a car that drives for him, he will be ordering the Tesla Model 3.

“I've driven all the different Tesla’s and I'm excited to have one,” Hunter-Bliss said. “I always miss it whenever I go back to the gas cars. A lot of people say that when they drive an electric car they never want to go back because of the performance and the features. I don’t like it when my car doesn't drive for me!” 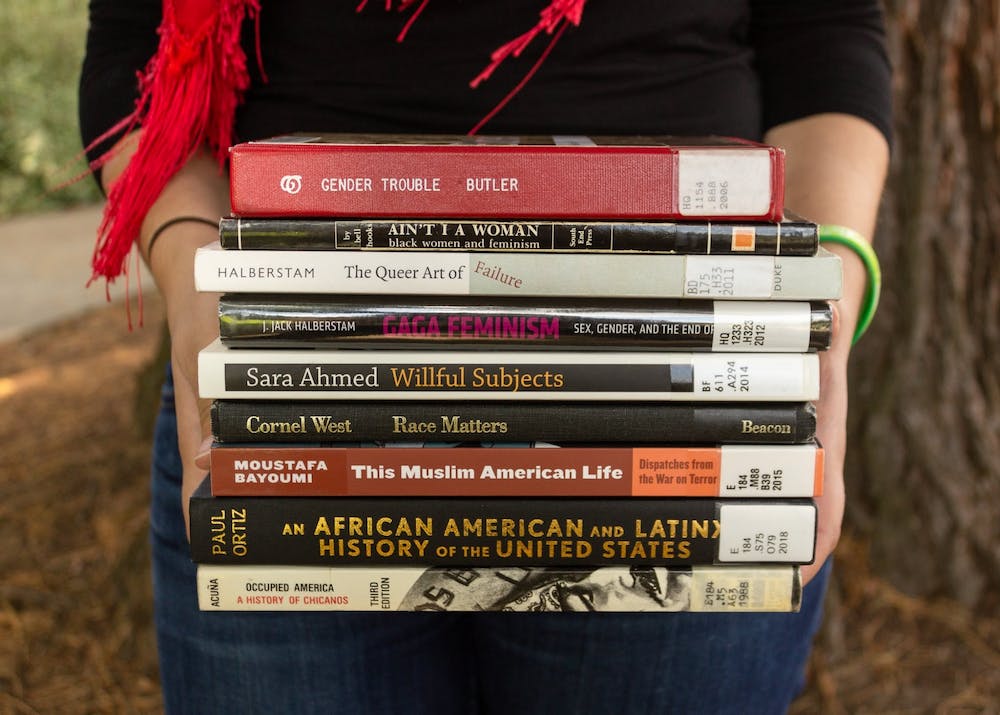 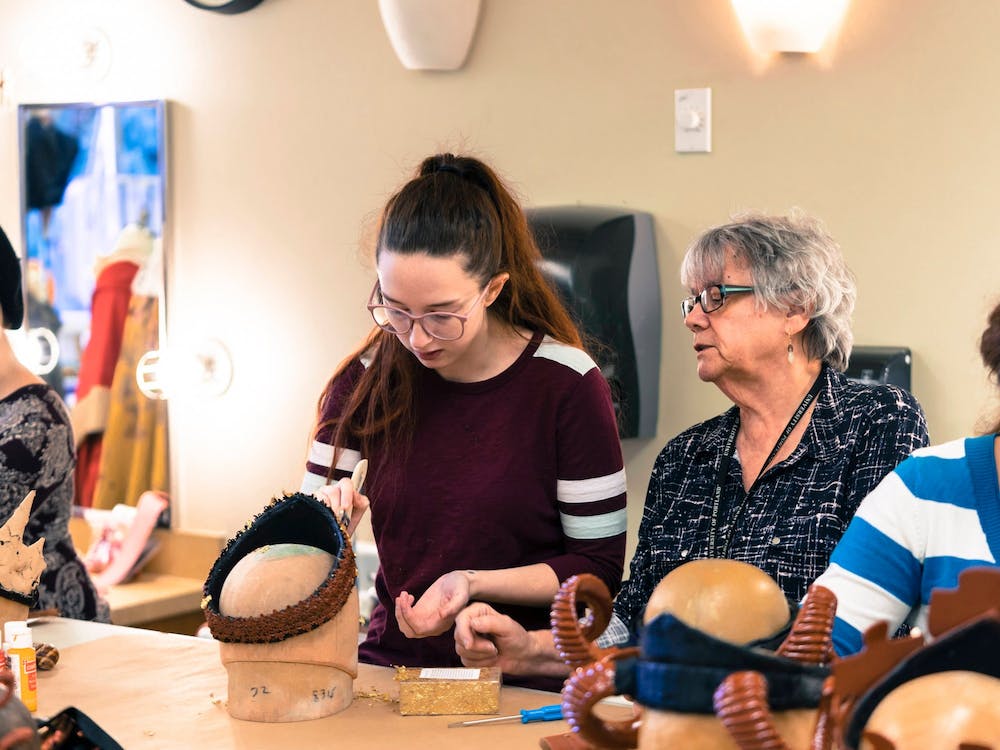 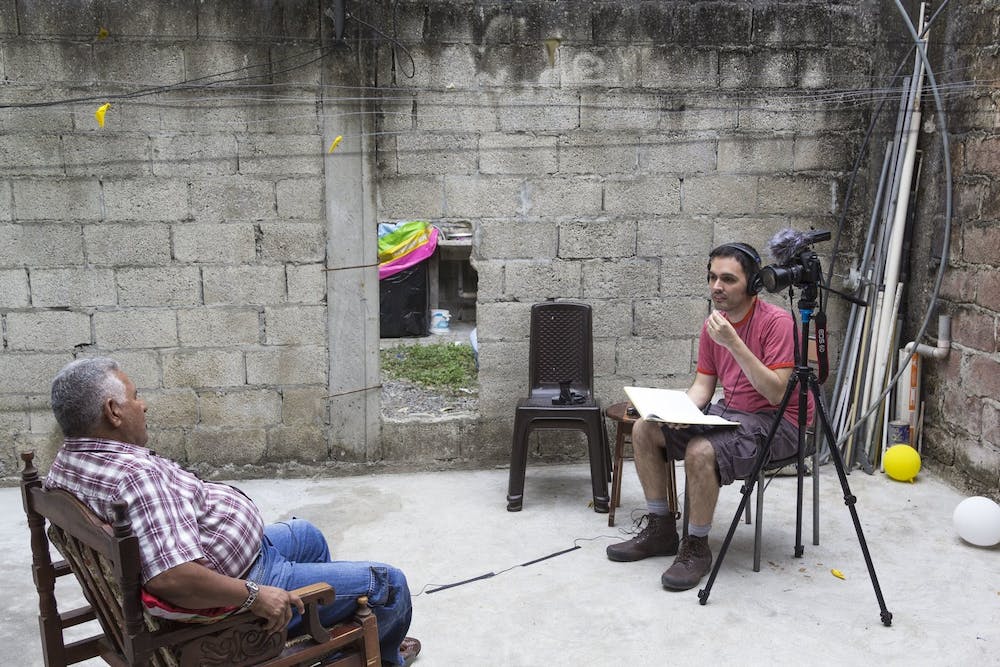 'En Vida' screening tells a story of loss and culture