These compost bins are available in all student dorms for residents to dispose of food waste.

Every Sunday, senior electrical engineering major Conroy Boyd comes to campus and picks up a bike and an attached trailer from the Lund garbage room. For the next three hours, he visits every dorm kitchen on campus, collecting the composting bins to be hauled by the bike, then drops off all of the compost at the Bon Appetit composting bins by the Commons, to add to their 500 pounds of daily food waste.

“Climate change is the biggest reason that everyone should be composting,” Boyd said. “When you don’t compost, it damages the environment in ways that we can’t even see. If you are going to have food waste, this is the best way to handle it. Basically, compost. Just do it.”

Senior environmental ethics and policy major Maya Murphy-Cook is the current coordinator of the composting program. According to Murphy-Cook, the program has been around for several years, and she hopes it will continue to grow in the future.

“Having the bins in every dorm is a great start,” Murphy-Cook said. “I hope that we can start expanding the program to places on campus that it could be used. For example, having bins in the library or in St. Mary’s or the Anchor would all be very convenient for students. Hopefully, our budget can grow in the future, so we can make sure students are being smart about their food waste.”

In the past, students have made attempts to have Physical Plant take over the program, but it has remained student-run. Bon Appetit Director Kirk Mustain believes that having students in charge is a good idea and that students should be using the program.

“Composting is a large part of what we do here,” Mustain said. “We take care of food waste in a way that’s good for the environment, and we take extra measures to donate uneaten food. We do a great job here on campus in terms of managing our food waste and making sure that we’re being smart about it. It’s a solid program, and we do a lot to make sure it runs successfully.”

Murphy-Cook urges every student to use the composting bins and advises that everyone tries to cut back on their food waste. 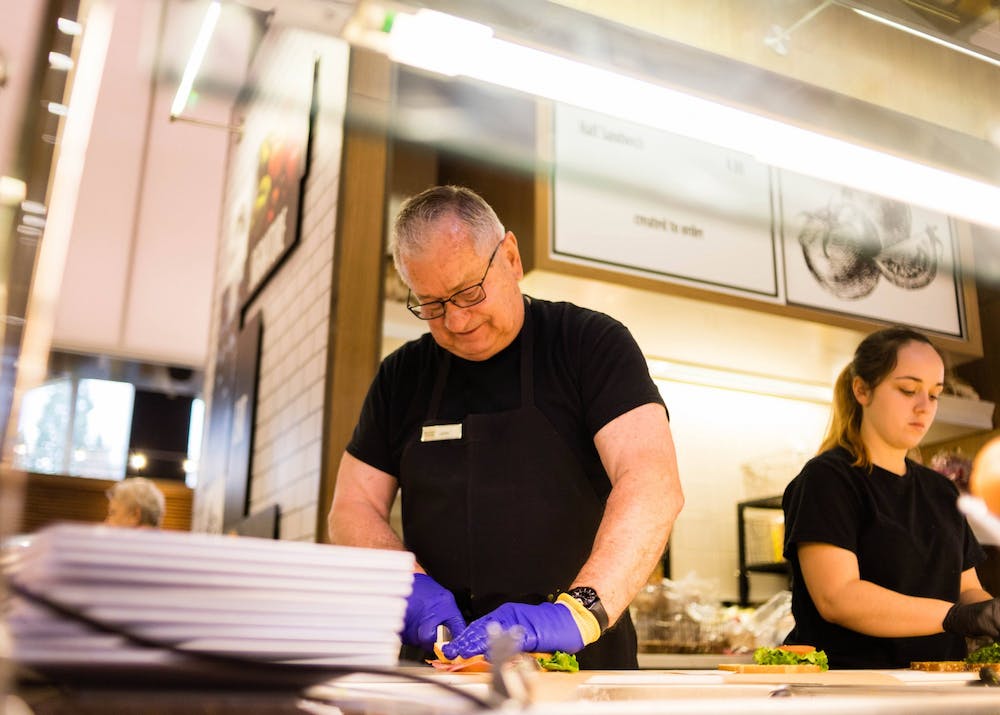