Cadet William Weber advances on the enemy through the dense brush of Franz Campus during Reaction Training.

There are many paths students can take after high school. Some take the road of the student, some take the trail of the soldier. Others take both. The grimacing faces of those crawling through the dirt on River Campus are the same ones raising their hands in your classes. Weekdays for a select few will have rucksacks replaced with backpacks, rubber rifles with pen and paper, combat tactics with MLA format and the list goes on.

The University of Portland’s Reserve Officer Training Corps (ROTC) program is a group of students preparing for a career in military leadership after graduation. UP has both Army and Air Force branches of ROTC with around 118 cadets in total. They learn the fundamentals of military science alongside the academic courses for their majors. Cadets either opt for a four-year program or a five-year program because of the intensity of the labs, trainings, classes and overall commitment of ROTC.

One of the end goals of ROTC students is to score well enough to get into the branch they want in the military. Everything done over the four (or five) years is compiled and used to decide which branch the student is eligible for. This takes into account their GPA, physical training scores and advanced camp scores according to Master Sergeant Channing Rosenbalm.

That is the big picture, but these students take this journey one week at a time. A week in the life of an ROTC student varies by branch. Here’s an inside look of a typical week for ROTC cadets.

Early Monday mornings at 6:30 a.m., Prusynski Pitch field hosts the yawns and “good mornings” of the ROTC Army students. The field fills slowly with the black shorts, shirts and neon belts that make up their physical training (PT) uniforms. First, the group takes formation and leaders account for everyone. Shortly after, they take a lap around the field to warm them up for the hour ahead of them.

PT is a time for these students to tackle different physical activities. Each session has a certain focus such as strength, endurance, marching and rucking ability, according to Rosenbalm. Rucking is walking with a rucksack, basically a backpack that weighs anywhere from 30-50 pounds. These PT sessions are mandatory three times a week on Monday, Wednesday and Friday.

“We go like four miles or five miles, at the most six miles sometimes. And then it’s just a matter of endurance and mental strength at that point,” junior nursing major Maddie Oleas said. “It’s not hard to do because you’re just walking, it’s just the pace can be a little faster or slower depending on your skill level.”

Along with rucking, the group does a variety of other activities that resemble crossfit. The cadets split into three groups, each with a different activity, according to junior Platoon Leader Chris Tibbitts. Each group rotates through the activities over the three mandatory training days. This is repeated Monday, Wednesday and Friday of every week.

There is also an optional remedial PT offered on Tuesday and Thursday, which is for those who want to go or who may not score well enough on their Army physical fitness tests held every few months, Tibbitts said. Those who are training for the national Ranger Challenge group have PT five days a week.

“Every year they compete in a regional competition that is part of ROTC within our region, and then depending on how they rank or place they will go to higher echelons and compete against people in our region,” Rosenbalm said. “Depending on how they performed there they can go on to compete at West Point (in) what’s called Sandhurst, and they will compete against all of ROTC.”

On Tuesdays, the quad fills with students in their ROTC uniforms. This is when ROTC has their military science courses. The courses vary by year. For their first year, the class lasts an hour, the second year bumps to two hours and the third year and onward the class is three hours, according to Rosenblam. The classes cover military basics, tactics and leadership depending on the year of the cadet.

Later that week on Thursday, the cadets have their lab. They are required to wear their uniforms the entire day. The lab is their chance to apply what they learned in their classes on the field. These labs are held on river campus where ROTC members come dressed in their uniforms, armed with rubber rifles coined “rubber ducks” and ready to train. The brush, dirt and weeds are a hypothetical battle ground.

Freshmen and sophomore students focus on combat tactics, movements and procedures while the upperclassmen take leadership roles. These roles include event and lab planning, checking in with younger cadets, evaluating their performance, leading them in squad and platoon level tactics learned in class, taking information up the chain of command and mentoring the younger members to prepare them for these roles later in their academic careers.

Labs include what are called “lanes,” according to Oleas. Cadets crawl, run, duck, cover and return fire across river campus with the echoing “bang bang” yelled by the students. Lanes teach cadets the correct way to handle their rifles, and to be aware of their surroundings on the field.

The labs and PT are preparation for field training, which are small camps lasting 48-50 hours every semester. These trainings are practice for their advanced camp during cadets’ summer of junior year. This is a longer summer camp held in Fort Knox, Kentucky, and tests cadets on all levels.

The Air Force branch of ROTC has similar routines. PT differs slightly, and is often done in the Chiles Center. It is offered three times during the week on Monday, Tuesday and Friday, but only two are required, according to sophomore cadet James Hurst. The trainings are in preparation for their field training during the summer of their sophomore year, and their physical fitness assessments held once a semester, Hurst said.

The following Tuesday is called their “ROTC Day.” This is when Air Force cadets have both their academic class and lab. For upperclassmen, the weekend beforehand is full of preparation for the day.

“Being one of the upperclassmen we have to be part of the planning phase for training the freshmen and sophomores,” junior Flight Commander Geryl Vinoya said. “All that has to get done, down to the detail.”

The yells of the Air Force can often be heard as they march through campus. This drill is called transit, where cadets learn how to get from one point to another efficiently, Hurst said. Advice is given to those marching to improve their marching form.

The Air Force also has a larger focus on ceremonial practices like flag retirement. This includes color guard and parades along with other procedures done during military events. Lab is also a place for the cadets to learn more combat and field skills. This includes clearing rooms, searching vehicles and people, making radio calls and safely handling weapons, according to Hurst.

Like the Army, after a student’s second year in ROTC, they adopt more responsibility. Juniors and seniors plan the events and trainings, and mentor the first and second year cadets.

“The thing that makes it really stressful is that I have to look individually at twenty-plus cadets and try to evaluate them and show them that all the upperclassmen care about their improvement,” Vinoya said. “The environment is very intense, and sometimes you see us yelling a lot but we have to put them through that. It’s very stressful because sometimes there is a very thin line of going too far and not going (far) enough.”

Along with mentorship the upperclassmen have to supply weekly feedback in the form of a written report to their supervisors, Vinoya said.

A student’s academic life can be challenging enough, and the ROTC students must balance their classes and training. It is not unusual for ROTC students to enter five-year programs to benefit their studies, according to Vinoya.

“I’ll be completely honest, the first two years of ROTC were a breeze,” Vinoya said. “Last year, I made the decision to switch to a five-year plan because when I was meeting with my academic advisors they (told me) that the ones in computer science usually stay for five years because it gets really stressful.”

As the years progress, it becomes more difficult to balance academics and their active participation in ROTC.

The close-knit groups formed within the program make the hard-work more bearable, according to Oleas.

“People tell you ROTC looks hard, and maybe it is, but it doesn’t feel hard,” Oleas said. “Because the people you are with you can joke around with, and it’s easy to get stuck in this negative mindset about doing all these hard things, but when there’s other people with you it makes it so much easier and so much more fun.”

The activities the cadets have every week connect them in a way most other activities might not. Non-ROTC freshmen have workshops for the beginning of the first semester, and then that large group goes their separate ways after a few months. For ROTC students, they stay with the same core group over their time at UP.

“You’re right there getting yelled at next to that person and drilling with that person. So, you’re definitely very connected to these people,” Hurst said.”Which is kind of cool because you get a really wide variety of people hanging out.”

They are taught to be students and trained to be soldiers. The camps they attend and trainings they work through create a very unique kind of military bond, according to Vinoya.

“One of my classmates literally told me ‘Dude I would trust you with my life’,” Vinoya said. “Having someone I haven’t known my entire life say that really stuck with me.”

The challenging hours and routines keep the cadets on a set schedule apart from their academic tracks. The physical and mental stress is something that keeps the group aware of each others needs, and friendships are formed through that.

“If you’re on ruck march, and it stinks, everybody’s going through it together, you’re not the only one,” Tibbitts said. “It’s not like you were sent out, ‘Hey Tibbitts go do a fifteen mile ruck march all by yourself’. No, you’ve got your closest friends in the world doing it with you.” 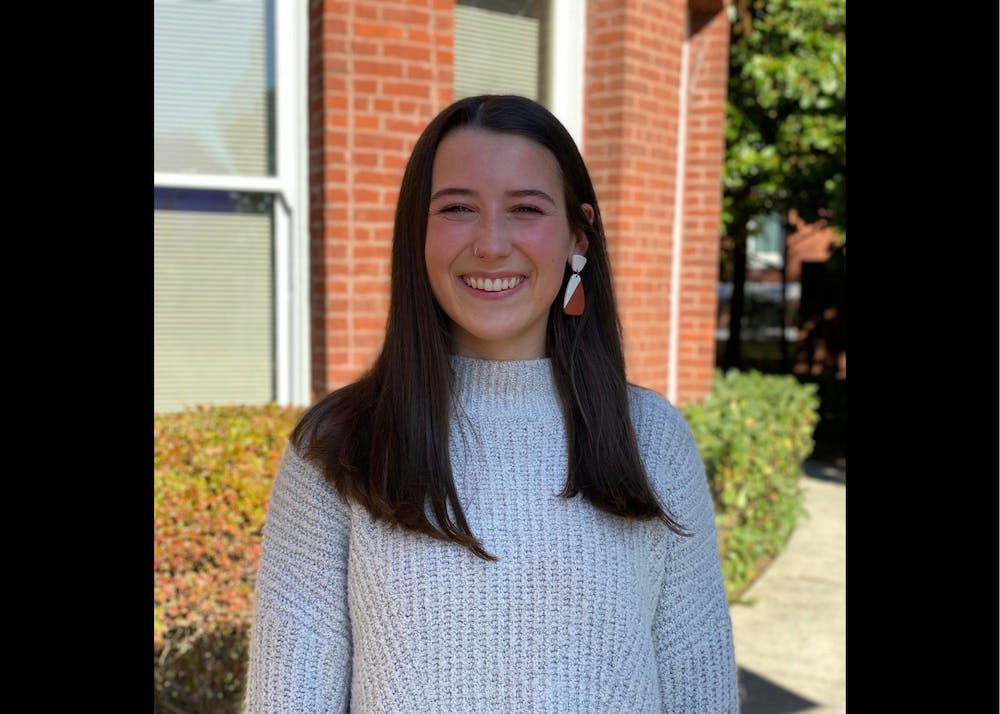 OPINION: 2021-22 tuition freeze leaves graduating seniors out in the cold 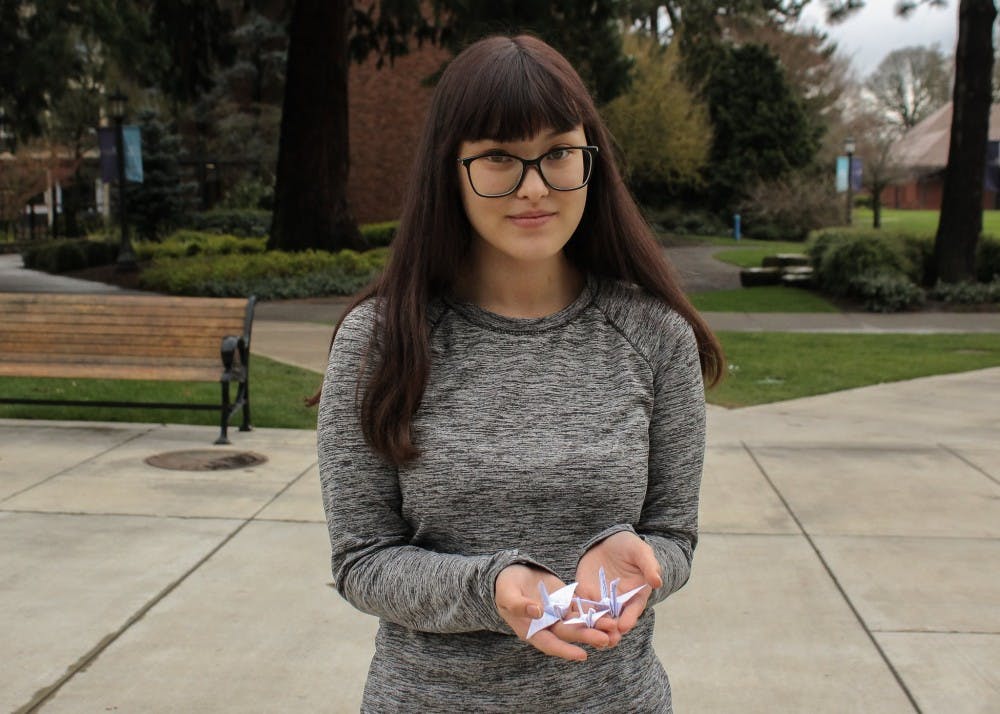