This Saturday, the Chiles Center honored two University of San Francisco seniors with bouquets and donned with green leis before celebrating their own three graduating players. Defensive specialist Emma Scanlan and middle blockers Shayla Hoeft and Katie Barker each established themselves on the court in a four-set loss for their last home match, falling to the Dons 3-1.

“I’m really proud of how we’ve worked together as a unit on the court,” Hoeft said of the seniors. “We’ve gotten a lot better with chemistry and set the tone emotionally and all three of us have tried to set the tone for aggression and urgency.”

The first set kicked off with an extra-long rally claimed by the home team, setting a precedent of Pilot dominance for the beginning of the set. Towards the back end of the set, USF’s block worked in shutting down the Pilot’s pin hitters. At the 15-point mark, the Pilots lost steam and their offensive rhythm, and the Dons chugged forward to win the set.

In the second set, the Pilots adjusted to a 5-2 rotation, with junior Kellie Hughes setting from the back row and working freshman Noelani Helm into the front row to set and block.

“It’s nice having Noelani. She’s an aggressive player at the net,” assistant coach Dylan Hamilton said. “She’s got some height, she can dump some balls and she sets the slide pretty well. She does some good things for us in the front row, which is really nice.”

The setters were quick to make a statement. Helm had 16 assists, two blocks and one kill while Hughes earned 26 assists, six digs and one kill. But with a new setter in the mix, there were a lot of missed connections with hitters and forced tips, giving free points to the Dons.

The team played more to their strengths after the first set, with serving and back-row defense leading the way. Overall, the team recorded four aces, but their serves functioned best in forcing errors from the Dons. Strength from the service line with float jump serves disrupted the Don’s offensive set up by forcing an overpass, free ball return or an easy swing, allowing for the defense to organize.

“Our passing is really good, we’re in system a lot,” Hoeft said. “Carey (Williams) really stepped up, she’s a beast back there, she leads the back row and sets the tone very well.”

The Pilots were steady in serve-receive passing and defense, led by the libero Williams with 25 digs, followed by freshman Grace Zilbert with 10 digs and nine from Scanlan. With the defense locked in, the team was able to run a fast offense and get their go-to hitters, Hoeft and Liz Reich, more swings.

Hoeft was hungry for the ball, taking 42 swings. She recorded 17 kills with three blocks throughout the match. Each play, the team worked to feed her the ball, as the senior has proved herself lethal off one foot behind the setter, the “slide” hit.

“The seniors have all brought different and equally fantastic attributes to the program in their last two to five years,” Hamilton said. “Whether it’s just positivity, a general caring spirit or ridiculous athleticism.”

Swinging from the left side, junior Reich led the team on and off the court, with words of encouragement ringing through the gym before, during and after each play. This match, she had 15 kills on 49 swings and contributed to three blocks.

This marks the end for three Pilots’ careers in the Chiles Center, but not the end of their season. The team still has yet to face the conference’s two top teams —  San Diego and Brigham Young — and Gonzaga on their respective home turfs.

Portland’s next match is on Thursday, Nov. 21 to take on the BYU Cougars at 7 p.m. in Provo, Utah. 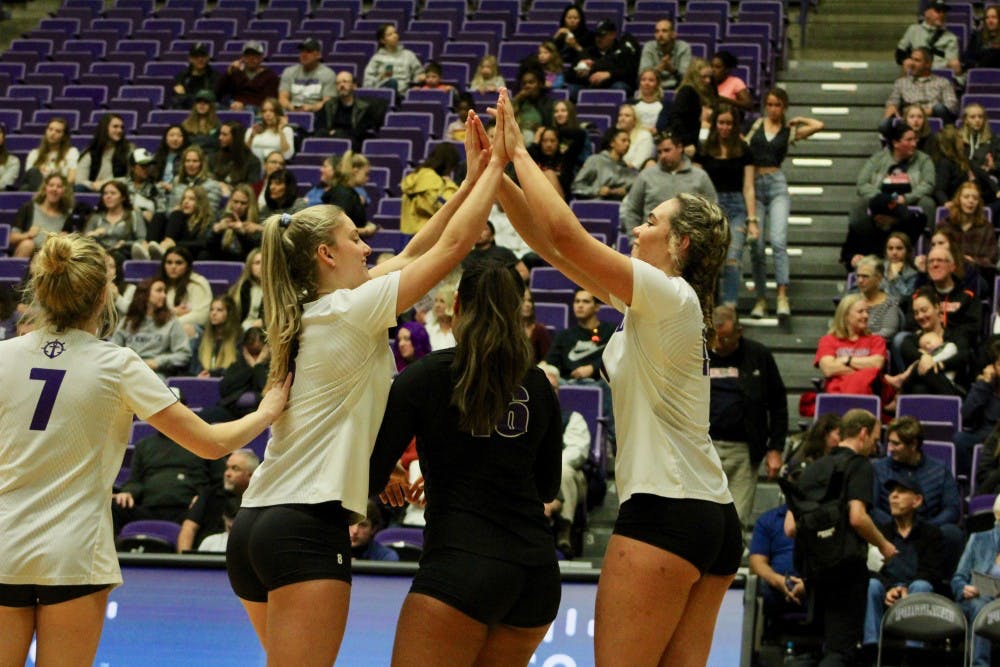 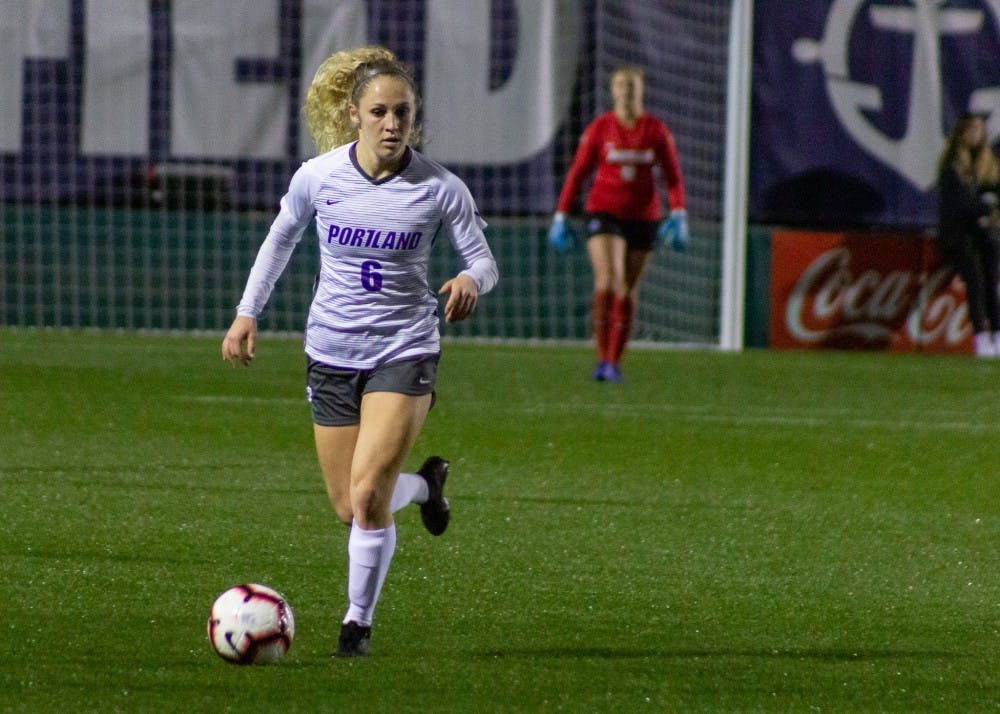