In the Portland Pilots’ third top-25 team match-up this season, they battled and fell to the Brigham Young University Cougars 2-0 at home, even though they held the Cougars scoreless for the last 45 minutes.

In the first half, Portland set into a defensive role early, with most of the team holding down their side of the field. Unfortunately, this meant that the Pilot’s forwards didn’t have a lot of support from the midfield. On breakaways, the team had the same issue; only one or two players would go up to attack, making for a disadvantageous six-on-one situation.

From the start, the Cougars had better ball control. As the match went on, Pilot passing connection improved, but the team often had bad first touches or would try to send long balls forward without someone to connect.

In the 20th minute, the Cougars scored in the 18-yard box. The Pilots on the field argued that the ball was previously out of bounds, but the goal was upheld. At the 32-minute mark, the Cougars scored again, this time sending a rocket in between the hands and legs of Pilot keeper Jenny Wahlen.

“The whole team just wanted to get after it and play really hard, we had nothing to lose so we were really excited to play,” senior midfielder Kimberly Hazlett said. “Other than two mistakes, we held them to it and with them being the number four team in the country that was a decent result.”

The Pilots had chances of their own, too. The team shot a free-kick just outside the 18-yard box at the keeper in the 25th minute. In the 54th minute, Hazlett battled it out two-on-one in BYU’s six-yard box, just missing the shot left. She had another opportunity in the 65th from the right wing but missed off the top.

“They were ready from the beginning of the game,” head coach Michelle French said of her team. “To be fair, only giving up the 13 shots to this team was a massive result for us, while also having chances for us as well.”

Portland’s defense was aggressive, fighting tooth and nail for every one-on-one play that came their way. They were quick to the ball and held a strong line against BYU’s offense. The Cougars only had five shots on goal the whole game and only allowed two goals.

“I thought the defense was communicating and making sure all the runners were marked in the box,” junior goalkeeper Madison Zamora said of the defense. “They really backed me up and encouraged me and knew I would be there too.”

The Pilots came out in the second half with a fire, having better ball control, more aggression and more support on offense. The Cougars still held majority possession, as the Pilots often struggled to settle the ball down when playing it in the air. But when the Pilots lost the ball, the midfield kept tight pressure on the Cougars.

“I thought we stuck into this game and gave them a competition they weren’t ready for,” junior goalkeeper Madison Zamora said. “I was excited to be a voice in the back line.”

Zamora came off the bench as a goalkeeper in the second half and stepped up big for the Pilots. She made two overhead saves, holding the Cougars scoreless with her in the goal.

The Pilots next match is on Saturday, Oct. 26 at 7:30 p.m. against the University of San Francisco Dons. 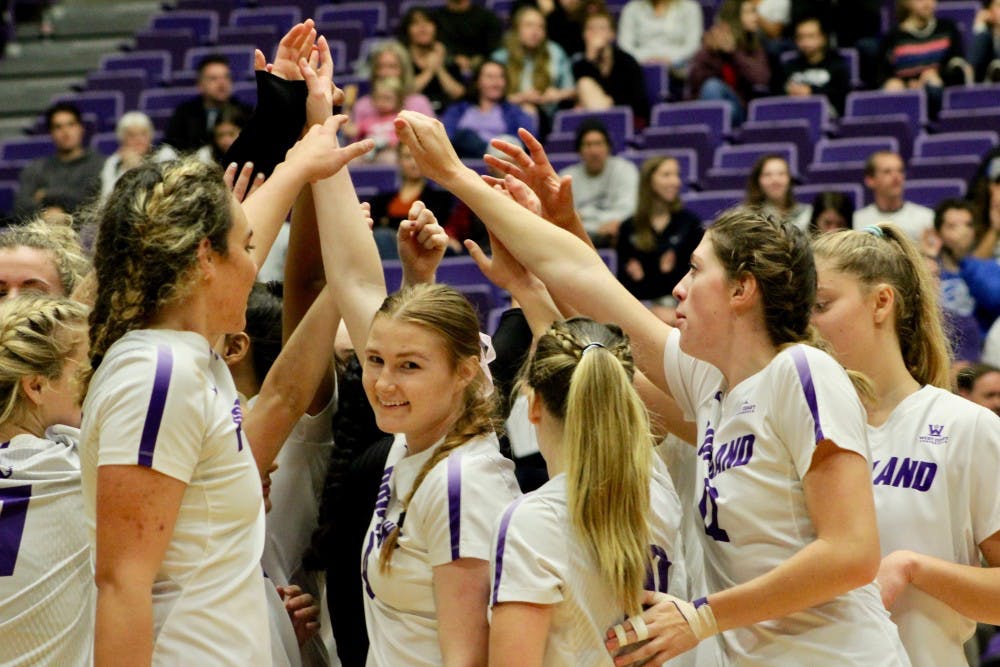