By Kyle Garcia | November 26, 2019 10:36am
Redshirt senior Caleb Webb had the best finish of the race for Pilots, grabbing 31st and earning All-American recognition. Photo by Justin Casterline and courtesy of Portland Pilot Athletics.

Despite it being a rainy, cold and muddy Saturday in Terra Haute, Indiana, the men’s cross country team finished 10th nationally while redshirt sophomore Anna Pataki finished 57th as the lone individual qualifier for the women’s team at the NCAA Cross Country Championships.

This was Pataki’s first appearance at nationals, with her finish being the 10th best in program history. She jumped nine places from 65th after the first split to finish the 6,000-meter race with a time of 21:00.

“It was a good first experience for me,” Pataki said. “It was the first big race for me. It was really tough. The course was really hard and I raced in bad weather conditions like rain, the mud, the wind. Everything was so hard but I would say I felt good during the race and I enjoyed it very much. I just tried to do my best.”

Women’s cross country head coach Ian Solof was impressed with Pataki’s performance, noting that it was a solid showing for the runner and that it should give her some confidence next season.

“I felt great about how she did,” Solof said. “She ran a great race for her first time at nationals...I thought she did great and I was really proud of how she raced.”

With such difficult conditions to run in, Pataki had to make some adjustments to her strategy. Solof and Pataki talked beforehand about the importance of getting out in front early. The strategy was smart, as Pataki said she saw multiple runners falling down during the race due to the horrible conditions.

“Ian (Solof) said to me that I should try to get out fast and not stay back in the crowd,” Solof said. “I should focus on the first half of the race because in the second half I can’t really move up.”

Solof had high praise for Pataki, comparing her finish to those of past runners such as Taryn Rawlings, who finished 51st in 2017 and jumped all the way up to 26th the following year. With her nationals performance and her consistent team-best finishes, Solof said that Pataki’s performance was indicative of the kind of runner she can be with the two years of eligibility she has left.

“It’s really exciting,” Solof said. “She did so well this year and has two years left, so I think she can really be a high-level runner.”

Even though Solof and Pataki were happy with her performance, both agreed that the goal for next year is to bring the whole team along.

“I think the biggest thing is that we want to have the team at nationals next year,” Solof said. “It’s hard to say beyond that what the goal would be and how good we can be or what we can do at nationals, but I think that’s the overall objective.”

Pataki wasn’t the only runner dealing with less than ideal conditions. The men’s team drudged through the rain and mud as well, earning their 10th top-10 team finish. Even so, head coach Rob Conner admitted they felt it wasn’t a great race for them.

“Given the conditions, I don’t think anybody felt like we had a great race probably except for Caleb (Webb),” Conner said.

Similar to Pataki, Conner and the men’s team decided the best strategy would be to get ahead early, with the mud and rain making it more difficult for them to pass later on. This worked to varying degrees of success, with redshirt senior Caleb Webb being the only runner to earn All-American honors with a 31st-place finish and a 10k time of 31:13.5.

Conner specifically highlighted the performances of Webb and senior Emmanuel Roudolff-Levisse. Roudolff-Levisse finished 49th with a time of 31:29.9, just missing out on All-Americana honors. Conner was especially proud of Webb for pushing himself for All-American recognition.

“He really ran strong and fulfilled his individual goal of trying to be an All-American,” Conner said.

The men’s team had high expectations for itself going into the race, though they knew the competition would be stiff. Conner said last week that they wanted to finish in the top four but could finish anywhere between fourth and 10th. Even for a team that has finished in the top three the past two seasons, it would have been tough for the Pilots.

With such lofty expectations, it can be easy to be upset with a 10th-place finish. But with only two of their top seven runners from last year and the chance to return most of them for next season, Conner came away from nationals feeling disappointed by the result but more than pleased with the effort, noting 10th place was nothing to scoff at and the season was an all-around success.

“Overall, the season was extremely successful,” Conner said. “Nobody would that is not a successful season. We return some really talented runners and hardworking people so I think we’ll set the goal extremely high again for next year and work towards that.” 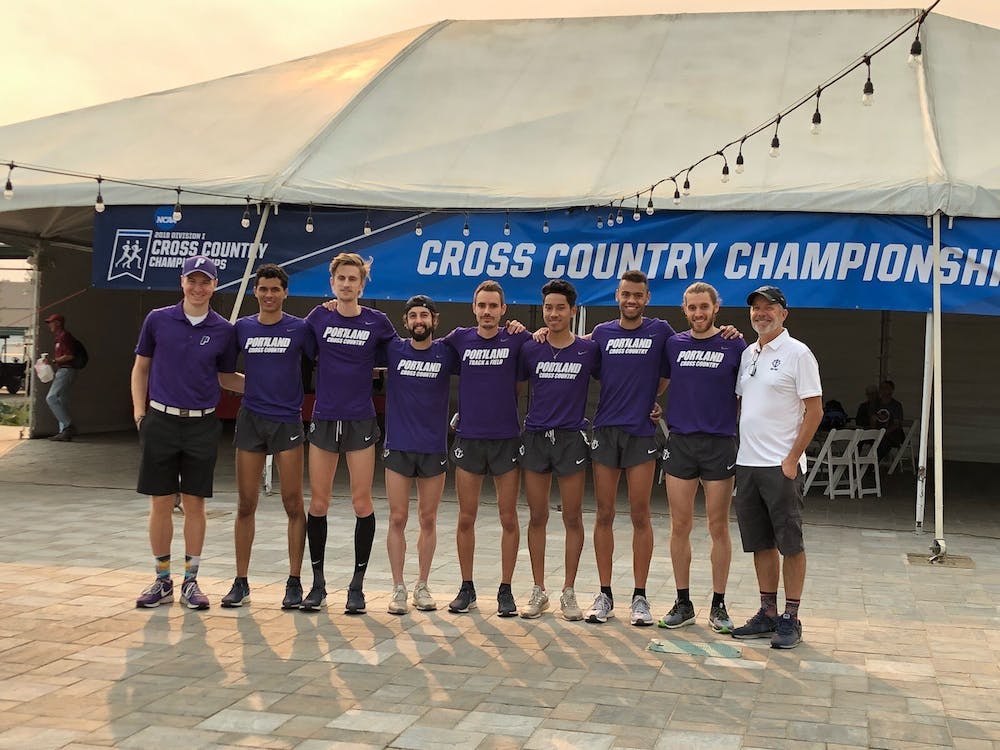