Nearly 2,000 gather for funeral in memory of Owen Klinger

1,832 family, friends, students and community members joined together at the funeral of Owen Klinger.

The Chiles Center transformed into a church Wednesday morning as nearly 2,000 people gathered for the funeral Mass in memory of University of Portland freshman Owen Klinger.

Klinger disappeared from campus Oct. 6. Two weeks later, his body was found in the Willamette River near the St. Johns Bridge.

Christie Hall residents, students from Owen’s high school, student leaders and faculty members of all departments attended the Mass alongside Owen’s family and friends. A picture of Owen was displayed near the altar, next to one of his framed sports jerseys.

No media coverage was allowed of the eulogies, but Mary and Dustin Klinger, Owen’s parents, gave a statement to the media before the service. Owen’s older brother Gabe and younger sister Frances stood next to their parents.

“Many people have been asking us for details of Owen’s death, but the honest answer is we don't know how or why we lost our son,” Dustin Klinger said. “And knowing won’t bring him back. All we know is that he was fiercely loved by all of us and that we dearly miss him now. Please join us in celebrating how Owen lived with laughter and passion and a huge smile and a big kind heart.”

Owen’s family has established a scholarship with the University of Portland to honor his life and memory. Donations to the scholarship can be made online. The university will be working with the family to decide the criteria for awarding the scholarship at a later time. 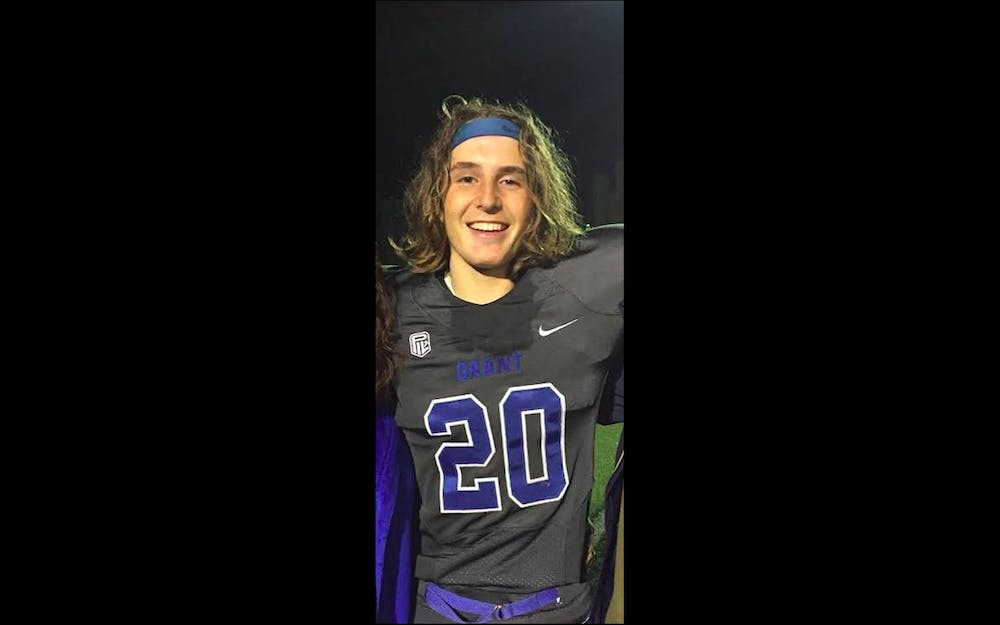