The Portland Pilots' men’s soccer team hosted the Santa Clara University Broncos on a crisp fall evening Saturday night. Portland was lifted to a 2-0 win by goals coming from a pair of freshman. It was their first conference win and improves their record to 7-5-1 overall.

The first half of the game was owned by Portland. The midfielders were aggressive in pushing the ball forward, allowing Portland six first half shots and a 1-0 lead going into the locker room for halftime.

Freshman defender Delentz Pierre scored his second goal of the season in the 30th minute when senior midfielder Rey Ortiz delivered a strike to a leaping Pierre during a corner kick. Pierre tapped the ball into the lower right corner of the goal.

“We played well and did what we needed to do,” Pilot’s head coach Nick Carlin-Voigt said. “Our midfield was strong. It was about winning second balls.”

The defense for Portland was stout as well in the first half, limiting Santa Clara to just one shot. Sophomore goalkeeper Nico Campuzano held down the net, playing aggressive and not allowing Santa Clara players to control the ball in the box.

The second half was more even between the two teams, but yielded the same result. Portland extended their lead in the 76th minute when freshman forward Kevin Ogudugu scored his first collegiate goal.

“It was a good feeling, I’ve been waiting for this moment for a long time,” Ogudugu said. “The defense was pretty high, I had a lot of space so I took a peak at the goalkeeper and slipped it through”.

The Pilots will hope to use that momentum when they host Gonzaga University on Wednesday Oct. 30 on Merlo Field. 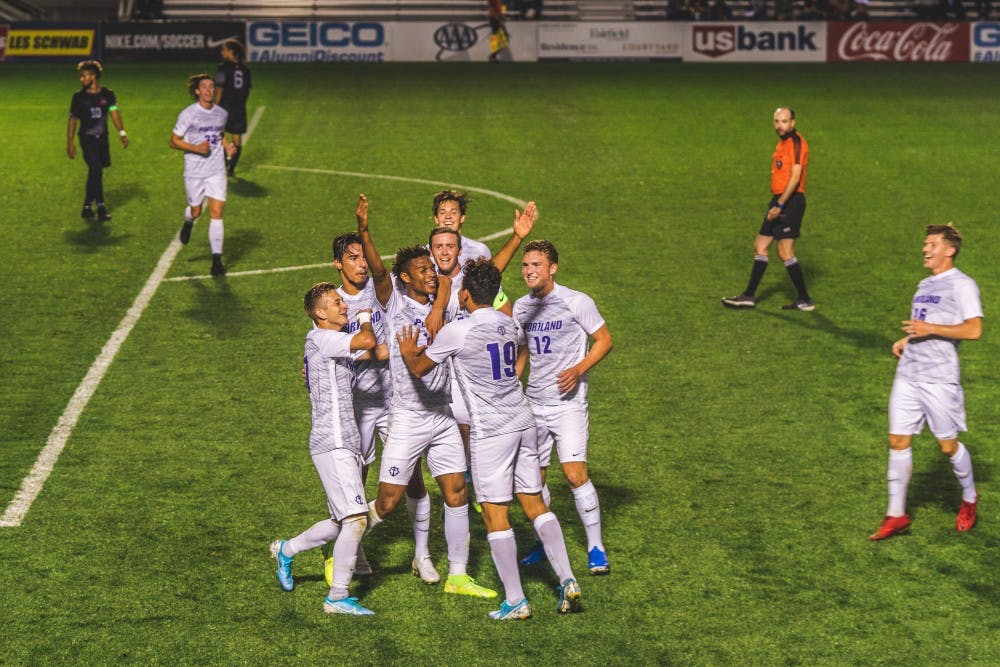 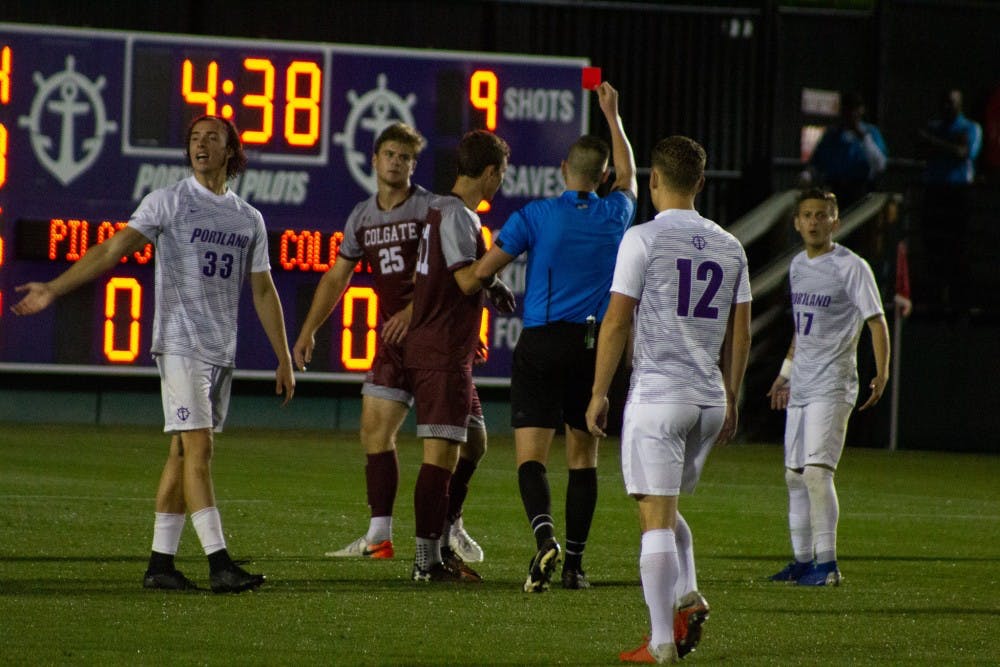