Freshman forward Alex Fowler from Townsville, Australia, played for the Australian National U-19 women’s basketball team over the summer. Photo courtesy of University of Portland Athletics.

For redshirt sophomore forward Hugh Hogland, it started with an email. Not a traditional way to get into international competition. For freshman forward Alexa Fowler, it started at a camp. She was recruited, then given the chance to represent her country in her sport.

Regardless of how an athlete gets there, international play is a level of competition that some student-athletes only dream of, and few get to do. Three students from the University of Portland had the opportunity to play on an international team — a rare but valuable opportunity. These athletes were pushed out of their comfort zone, playing with the best of their age group and traveling to different countries with new teammates. The students return to The Bluff with elevated skill sets and a revived passion for their sport.

Hogland’s mom emailed Tomoya Higashino, the general manager of the Japanese national team known as “Crusher” because he’s “very scary,” according to Hogland. In January 2018, he was invited to go to Kumamoto, Japan, to try out for Japan’s “B” team. Over the 2019 summer, Hogland returned to play from June to August, coming back to Portland only a few weeks before the start of the 2019-20 academic year.

“Conditioning-wise, this past year I wasn’t at my best,” Hogland said. “You could even ask coach Porter. He makes fun of me for it almost every day. But in Japan it’s all about running, it’s all about being fast because we’re undersized.”

Going to play on a team in a country with a different language might be daunting for some, but for Hogland, whose mom is from Japan, it’s just like going back to a second home. And while Hogland certainly enjoys seeing family and eating his favorite Japanese dishes, his favorite part is seeing his teammates who’ve quickly become his friends.

He feels a different kind of comradery with his teammates in Japan than he does at UP. In Japan, his teammates have similar backgrounds that make him feel connected and understood. They even call him “Hyu Watanabe,” using his mother’s last name. While they mostly communicate in English, Hogland’s conversational Japanese helps build bridges — though he’s determined to learn more of his mother’s native language.

This summer, with Hogland as a 6’10” forward, the Japanese team placed third in the William Jones Cup — an international basketball tournament held in Taiwan — which is the first time Japan has placed third in about 20 years.

Then, Hogland went to practice a few days with the “A” team after being invited by the coach to try out. He didn’t make it, returning to The Bluff to play with the Pilots for the 2019-20 season. But he has been invited to try out for the Olympic Japanese team for the 2020 Olympic Games.

As of right now, however, he’s looking forward to the season and is optimistic about the future.

Other athletes have found opportunities to play abroad that furthered their career on The Bluff. Freshman forward Alex Fowler from Townsville, Australia, played for the Australian National U-19 women’s basketball team over the summer. She competed with the team in the U-19 FIBA Women’s Basketball World Cup after being recruited from a camp.

She played in France for two weeks in pre-world’s, then Thailand for the rest of the tournament, landing on the World Cup’s All-Star Team and finishing fourth overall in rebounding.

“I got offered a spot and I was wildly happy to take it,” Fowler said. “We got a day off to explore in the city, in Nice. That was pretty cool. And everyone loved our Australian accents, so we would always just get people coming up to us.”

While they didn’t do much sight-seeing in Thailand, the Australian team got silver, falling to the U.S. in the last three minutes of the championship game in Bangkok.

Though Fowler is interested in professional play, she knew that she wanted to go to college. Haylee Andrews, another Townsville native and a current sophomore on the women’s basketball team, told Fowler about UP. Fowler finished up her time on the U-19 team with a semi-pro competition in Australia a week into the school year, arriving to campus after her fellow Pilots.

“I’ve never played in the U.S. It’s not that different, but it’s a lot more physical, I reckon,” Fowler said about basketball in the U.S. “But I’m so glad I’m here. I’m so glad.”

Like Fowler, Jacobo Reyes is another freshman who is coming from playing abroad. Reyes, a striker who moved from Houston, Texas, to Monterrey, Mexico, at the age of five, has played for national teams in both Mexico and the U.S. After starting with the Monterrey Futbol Club, he was recruited to play for the U.S. U-14 National team.

From there he went to play for the Mexico U-15 team, then continued switching between the two countries, competing at a semi-professional level, until he turned 18-years-old and chose to stay with the U.S., playing with the U.S. team at the 2017 FIFA U-17 World Cup.

“My mom’s American and she loves soccer,” Reyes said. “So, representing the United States was really special for her.”

Few student-athletes have the chance to play for a national team, much less two. So, it’s no surprise that Reyes considered playing professionally after graduating high school. But, wanting to also pursue academics, he started looking into colleges in the U.S. Ultimately, it was Merlo Field and the notorious fan base that convinced him to become a Pilot.

Reyes was part of the U.S. National Team U-20’s provisional roster for the 2019 FIFA U-20 World Cup over the summer. However, he ended up joining his new teammates on The Bluff before the academic year began.

“Once I got here, they all treated me like family,” Reyes said of his fellow Pilots. “I felt really good from the first day.”

Professional play is an eventual goal for Reyes, as well as Fowler and Hogland. For right now, though, these athletes are looking forward to their time at UP. They’re focusing on their studies, their current or upcoming seasons, and their relationships with teammates and coaches. But they reminisce about their time abroad, the people they met, the games they won and the rare experiences that can start with something as simple as an email.

Ana Clyde is the copy editor and a senior sports reporter at The Beacon. She can be reached at clyde20@up.edu. 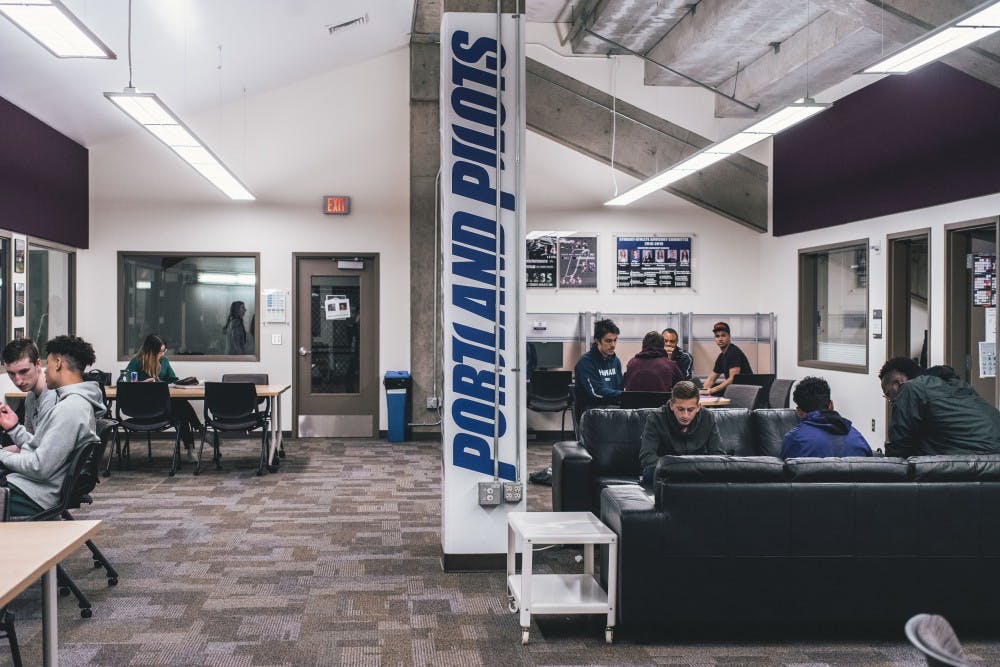