By Ana Clyde | September 21, 2019 4:59pm
Junior Kellie Hughes has a talk with the referee.
Media Credit: Lisa Erenstein / The Beacon

Despite ending the match with 56 kills, the University of Portland volleyball team fell to the Portland State Vikings 3-1 in their last game before conference play, bringing their overall record to 8-3.

“It showed that some of the things that we thought we had gotten better at we have, but they need continued work,” head coach Jeff Baxter said. “We have not arrived at a couple phases of the game.”

The Pilots came out in the first set with high energy, but little organization. Junior outside hitter Liz Reich and redshirt junior middle blocker Katie Barker helped keep the score close with four and five kills, respectively. Sophomore outside hitter Claire Forrest’s strong placement provided more order to UP play, and Pilots finished with 14 kills, 2 aces and 19 digs. But PSU took the set 25-23.

While the first set saw energy coming from the Pilots, the second set was flat. UP’s attacks were there, but PSU had consistent blocking that kept the home team behind throughout most of the second period. Pilots continued making small mistakes that cost them points and helped PSU win the set 25-22.

But the third set saw tables turn. Pilots came out their strongest yet — energized and focused. They stayed about two to four points ahead of the Vikings throughout the period, carrying out impressive plays and finishing them with kills coming from Reich and Barker.

“(PSU) had really, really talented players,” Baxter said. “And I was excited about the way we responded to the challenge in set three.”

Pilots clicked together in the third set, but lost it in the fourth. UP’s energy from the previous set seemed to kick PSU into next gear, and the Vikings won 25-14. But the game overall saw several new players get minutes and use them to fight hard, including freshman outside hitter Jayde Harris, who finished with a total of 11 kills.

“We’ve got a lot of players that are filling new roles, so we’ve seen some different stuff than usual,” Reich said. “And I love our team this year. Love, love the team.”

The Pilots are optimistic about the rest of the 2019-20 campaign. They’ve started this season with a winning overall record, and hope to continue finding success as they approach conference play.

“The objective is growth, and the byproduct is how we do, how we perform during matches.”

The Pilots will face the University of San Diego Toreros in their first WCC match on Thursday, Sept. 26 at 7 p.m. in the Chiles Center. 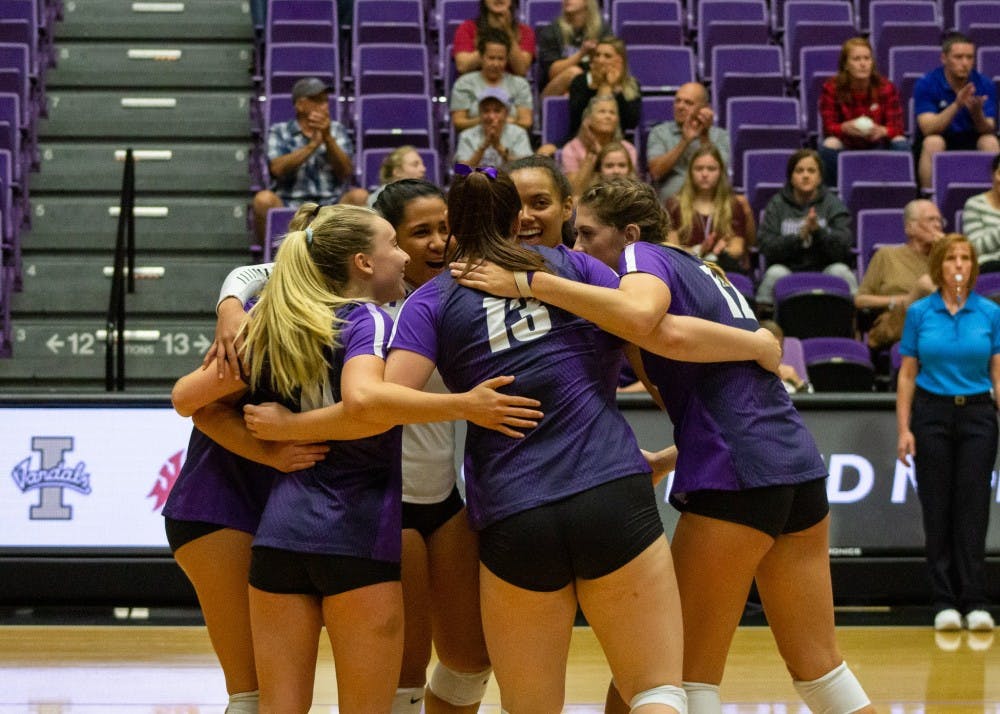