It was a hard-fought battle that saw a combined 25 fouls and two overtimes, but the Portland Pilots women’s soccer team earned a point by tying the University of Washington Huskies 0-0 in Seattle on Friday night. The tie starts the Pilots 2019-20 campaign with a 0-0-1 record.

“It was a really good way to start our season,” senior defender Kimberly Hazlett said. “(UW) is always a really good challenge for us and I thought defensively we looked really well. I was really proud of how we came out.”

Portland was pushed to a higher level of physical play as they ended the game with 11 fouls, including a yellow for Hazlett, and UW with 14. Despite the physicality, the game ended with Portland having a total of five shots, two of them on goal coming from senior midfielder Larkin Russell and junior forward Taryn Ries. The Huskies finished with 19 shots.

“It was a good challenge for us,” Ries said. “I think it was good to push us, and it was good we come away with a draw and not give up a goal. Even though it was a long game we put up a good fight.”

While the Portland Pilots weren’t able to capitalize off of their few opportunities, freshman goalkeeper Jenny Wahlen from Borlange, Sweden kept them in the game with a total of seven saves, including one in the 73rd minute that Wahlen managed to hit over the crossbar and keep the game at 0-0.

“She’s doing well, stepping up and just owning her position,” Ries said of the freshman keeper.

Other newcomers got to see some time on the field as well, like junior transfer Jamie Rita, who had one of Portland’s five shots. Freshman forward MJ Roe and freshman defender Shay Adams also got playing time.

“Everyone else coming on made a huge difference and nothing dropped when subs were made,” Hazlett said. “All the new people have just added...to our team culture, which has been amazing.”

The Pilots will hit the road again next week to compete in the 2019 Husky Invitational in Seattle starting off next Thursday against New Mexico at 4 p.m. 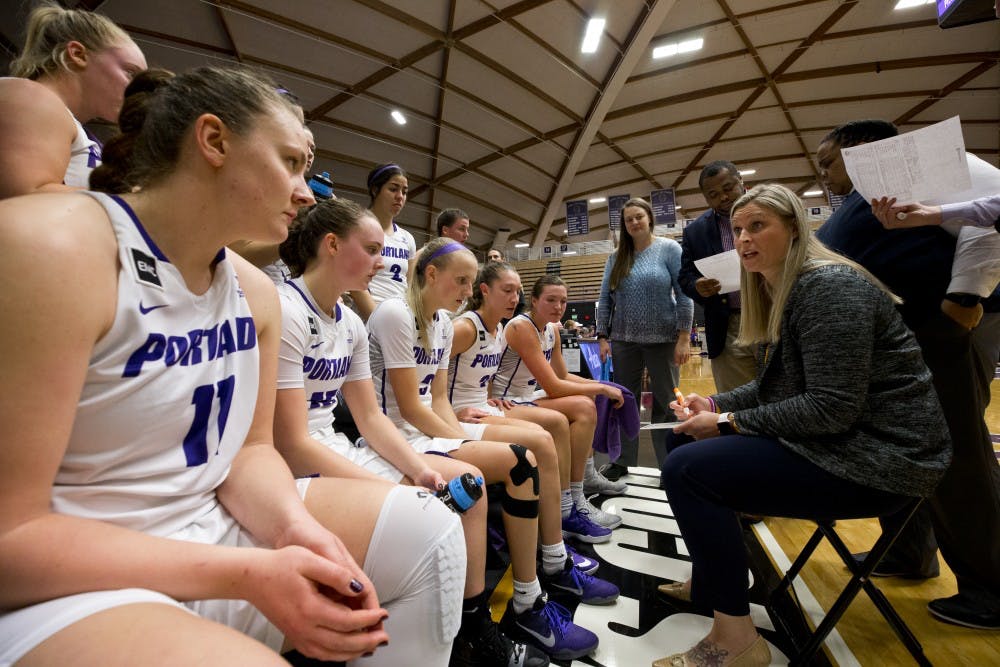